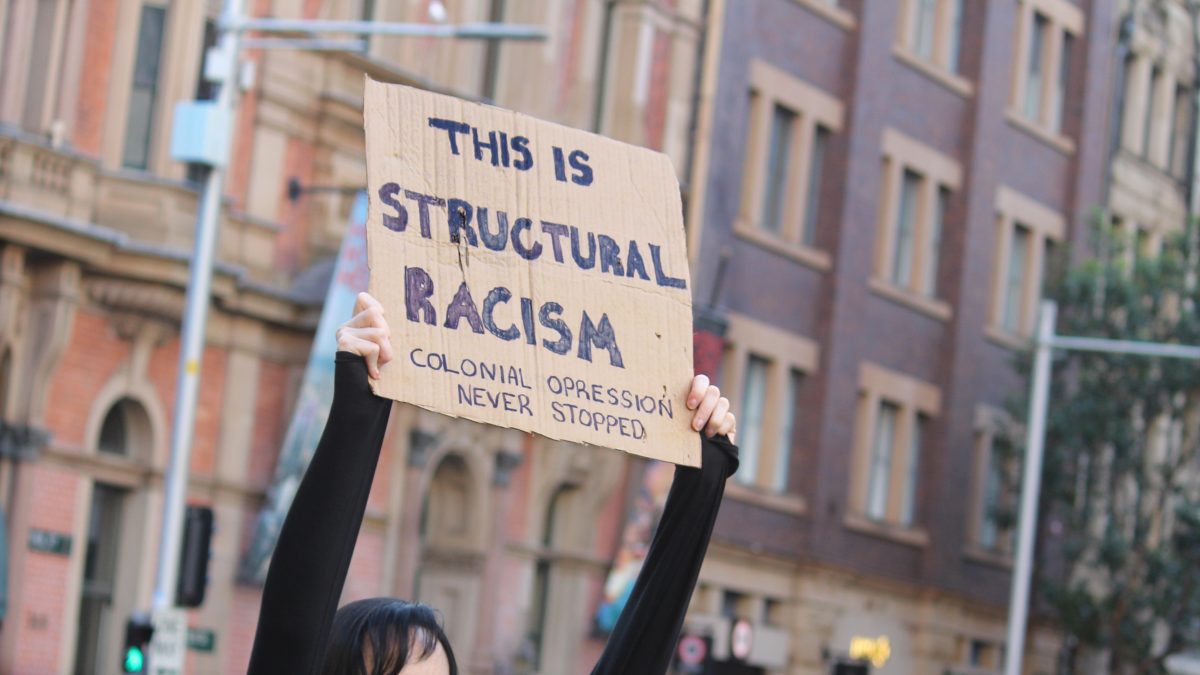 On June 17, you published a 1,400-word “Statement to the Community Regarding Anti-Racism.” The document contains many expressions of concern, fully in tune with the current national mood about the evils of racism and the problems of the African American community.

(Quotes are all from the Statement.)

There are by some estimates 10,000 or more elected black officials in the U.S., including the mayors of major cities such as Chicago and Atlanta, not to mention the long-time much-respected mayor of Durham, Bill Bell—never mind a two-term black president. You are talking about now, not the decades before the civil rights legislation of 1964. African Americans are well represented in the legislatures of this country; they are far from powerless. It seems unwise to imply near-universal oppression when the current situation, though far from perfect, is obviously very different from the bad old days.

Empathy: “I cannot as a white person begin to fully understand the daily fear and pain and oppression that is endemic to the Black experience.” As a behavioral psychologist, I acknowledge that this is true, as is its converse: a black person “cannot begin to understand” how you or I feel. In other words, it is an epistemological truism that no one has direct access to the feelings of another.

Your reassurance is fine as an expression of empathy. I daresay you feel better, and possibly your African American audience does as well. But feelings differ: Unless the discussion can be moved from feelings to facts, no harmony is possible. Empathy, guilt, and good intentions are a dodgy basis for sweeping resolutions.

And sweeping they are: “Here at Duke, we aspire to be agents of progress in advancing racial equity and justice.” No one is against progress, equity, or justice, but views differ on just what they constitute. What is meant by equity, for example? Is it “equality of results” as at least one eminent Duke scholar believes? Does justice include reparations, advocated by another Duke professor? Just what counts as progress? In all these cases, many will disagree.

Many feel these goals, admirable as they sound, are tangential to our stated purpose: Eruditio et Religio, or, Matthew Arnold’s study of “the best that has been thought and said” or, more prosaically, “teaching and research.” At the very least, they need to be defended explicitly. Your letter will lead many to doubt whether your objectives are consistent with the traditional goals of Duke or, indeed, of any elite university.

“Lived experiences…personal transformation…do that work” This phraseology will strike many as more like psychotherapy or a call to religious conversion than a policy prescription. What are these “systems of racism and inequality?” How have they affected Duke and how is Duke involved in them? Or are they societal concerns and thus the responsibility not of a university but of government, the church, and civil society?

Diversity: Duke is to “significantly and measurably expand the diversity of our faculty, staff, and students, with particular focus on Black, Indigenous and people of color.” You seem to take racial diversity as an axiomatic good. Yet, a faculty selected on the basis of academic merit may or may not turn out to be diverse. Making diversity a priority therefore puts the cart before the horse: a (racially) diverse faculty may, or may not, be an excellent faculty. You never explain why we should value diversity ahead of scholarly and academic excellence.

Diversity is a religion that has already mismatched students and colleges and diluted academic standards all over the country. Duke is not immune from these problems, but you urge us to double down. Duke has been pursuing diversity for several decades. Yet, apparently, still more must be done (and why has the effort so far fallen short?).

Many universities are going to have to cut back because of the pandemic. Yet, increasing emphasis on diversity is unlikely to lead to a reduction in the already-swollen DEI bureaucracy. Will future cuts therefore fall on teaching and research staff?

Curricular Reform: Duke will “incorporate anti-racism into our curricula and programs across the university, requiring that every Duke student…learns of the nature of structural racism and inequity, with special focus on our own regional and institutional legacies” [emphasis added]. There are several problems with this proposal:

Indoctrination? This is perhaps the most alarmingly Orwellian proposal in your statement:

“[R]equire anti-racism and anti-bias training for every member of our faculty, student body, and staff in an effort to foster a more inclusive environment for all members of the Duke community.”

Apparently, everyone at Duke is to be forced to take some kind of “training” session. What if an elderly professor says, “Well, it sounds fine, but I really have to work on this paper?” Will she be excused? Or the cafeteria employee who is simply not interested in “politics?” Can he give it a pass?

What will attendees at this training learn? That anti-racism means that silence = violence? That America is a white supremacist nation? Who decides what is bias and what isn’t? And what is meant by an “inclusive environment?” Does it include critics? The term “training” suggests that dissent will not be tolerated. Many in the Duke community will not want to endure these training sessions: will they be punished? Will “training” devolve into Chinese-style “struggle sessions?”

Sir, you repeatedly propose “transformative action” and end by saying that “These actions are only a starting point.” I hope that nothing happens until some of the questions I have raised are satisfactorily answered. In no case should faculty and students be forced to undergo training that seems to resemble not education but Uighur-style re-education.