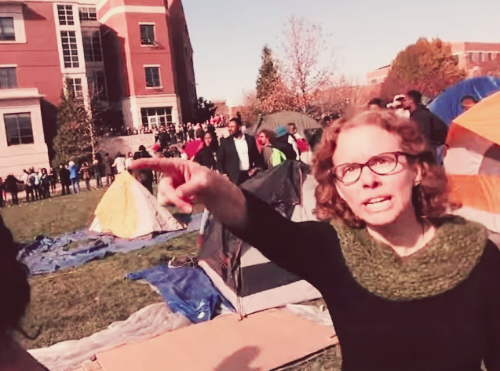 In 2010, a seemingly insignificant event in a far-off land caught my eye. The Israeli academic world was having a fracas over the actions of “post-Zionist” faculty that raised important questions about the principle of academic freedom.

Briefly, Zionism is support for a religious Jewish state; post–Zionism refers to the desire for Zionist Israel to become secular. The post-Zionist academics were demanding not only that Israel became secular, but that it also permit the “right of return” to anybody who once lived within its borders. If denied, they called for an economic and intellectual boycott of their own nation, even in classes they taught at state-supported universities.

Perhaps from a secular U.S. perspective, post-Zionism may seem like an innocuous goal. However, the post-Zionist’s ultimatum about the right of return has some potentially dire consequences. The rapidly growing Islamic population would quickly gain the demographic majority and wrest control from the Jewish Israelis. Given much Palestinian rhetoric, the change could even mean a possible campaign of genocide against the Jewish people.

With that potential catastrophe in mind, an organization named Im Tirzu (Hebrew for “if you will it”) called for donors, alumni, and legislators to put pressure on the universities to stop faculty members’ post-Zionist activities. The post-Zionists then offered a defense that they believed ended the debate: their right to academic freedom.

Throughout history, Western civilization has generally afforded scholars the right to explore and teach the truth according to their own consciences; that right we now call academic freedom. The continuance of the modern open society requires allowing scholars and scientists wide latitude to explore and draw conclusions, for without such freedom, education and knowledge are likely to calcify into indoctrination and orthodoxy and to inhibit innovation.

Once the post-Zionist academics claimed academic freedom for their activism, many in the Israeli political, academic, and media establishment regarded the controversy over. Yet the matter did not seem to me to be as clear-cut as some suggested. Israel’s size—roughly the size and population of New Jersey—and location—surrounded by bitter enemies who openly call for its destruction—make its existence precarious; it must seek advantage where it can find it. It survives mainly because of its intellectual and economic superiority, along with some aid from the United States.

Should it lose that superiority and its American aid, Israel’s situation becomes dire. That’s basically the corner the anti-Zionist academics were painting the nation into. Israel could accept secularization, along with the right to return and its fearful implications, or the nation could suffer an end to the exchange of intellectual advances, trade, and aid because of boycotts by other institutions and nations. Such isolation would, if of sufficient intensity and duration, surely weaken Israel’s ability to survive.

The question that immediately sprang to mind when I read of this controversy was “aren’t there some limits to academic freedom in such a situation?” Or is it such an ethical imperative that nations should observe it even unto their own destruction?

It turns out I was not the only one asking such questions. Amnon Rubenstein, a law professor and former member of the Knesset (Israeli legislature) wrote that “a call to boycott Israel, such as was made by a lecturer at Ben-Gurion University’s political science department, is certainly unprotected (as free academic speech), in a similar way to the (Israeli) Supreme Court’s ruling that a party which seeks the destruction of Israel cannot run in the Knesset election.”

I was also drawn to an assertion made by conservative intellectual Russell Kirk. “It is a principle of English and American jurisprudence and statecraft that we are not compelled to extend freedom to those who would subvert freedom,” he wrote in his 1955 book Academic Freedom: An Essay in Definition.

If we are not compelled to extend freedom to those who would subvert freedom, then we are even less obligated to extend it to those who would sabotage our survival. For it is unlikely that our Founding Fathers (and initially John Locke) nonchalantly placed “life” first among our inalienable, God-given rights, ahead of “liberty.” Survival can occur without freedom, but without survival freedom is impossible.

Therefore, I decided that Im Tirzu and Amnon Rubinstein were correct; the post-Zionist academics who sought to cripple Israel through boycotts unless the nation submitted to a course of self-destruction were undeserving of academic freedom.

Yet, such common sense fell on deaf ears. The post-Zionists went on undermining their own nation uninterrupted. But my interest in the controversy kicked off an “on-again, off-again” six-year investigation into the nature of academic freedom that resulted in my new report: Academic Freedom in the Age of Political Correctness.

I discovered that academic freedom is hardly best conceived as some all-powerful imperative that automatically shuts down debate about the conduct of academics. It is instead an exceedingly complex subject that defies easy solutions and readily leads to misconceptions. For instance, it is often incorrectly confused with the right to free speech. But as University of Wisconsin political scientist Donald Downs has written, there is “a right to profess that the world is flat, but such expressions would be grounds for flunking a course in geography or astronomy or for terminating an instructor who taught such nonsense.”

At the same time, a professor who said the world was flat outside the classroom may very well be permitted to keep his or her job if he or she taught an unrelated subject such as English composition and refrained from repeating the inanity in class. And one could continue at length to parse special situations that would change the decision to hire or fire according the particular facts.

I set out to cut through all the complexities and fallacies. I based my report on three fundamental principles: one is that academic freedom is best perceived as an immutable “natural right” revealed by its consistent and proven utility over time, as suggested by Kirk, rather than as a professional standard determined through faculty consensus. Next, that the justification for granting a scholar academic freedom is the sincere and open investigation into truth. Third, that academic freedom comes with obligations as well as rights, and that academic freedom’s underlying framework must weigh both rights and obligations in a search for proper balance.

An important reason why academic freedom falls short when grounded as a professional standard is because the interests of many different stakeholders need to be satisfied in its determination. It is only natural that the faculty professional organization, the American Association of University Professors, is prejudiced in favor of the rights of its members and less concerned about protecting the rights of students, administrators, trustees, and society. It was open about this from the start, with its founding document, the 1915 Declaration of Academic Freedom and Tenure, stating that, “the freedom which is the subject of this report is that of the teacher.”

Even that blatant self-interest pales compared to the AAUP’s pro-faculty bent today. It not only has become a union organizer and collective bargaining unit for the faculty at many schools, but its leadership has became so radicalized that even former AAUP president Cary Nelson—a self-avowed communist—seems conservative by comparison at times.

Today, the AAUP defends almost any action by faculty members. For example, it supported Melissa Click, a journalism professor at the University of Missouri caught on camera calling for “muscle” to remove a student reporter who was legitimately covering a protest in which she was involved.

Given that other campus interests require protection of their rights, I reached the conclusion that court cases are perhaps the best source of reasoning about academic freedom. They present arguments for both conflicting parties, not just one. And the final decision is reached by a disinterested third party.

With that in mind, college and university administrations need to review their policies to make sure they are in line with the legal record. For academia in the United States is becoming a minefield of academic freedom controversies. One reason is the radicalization of the professoriate, which is pushing against longstanding limitations on their ability to indoctrinate students or silence opposition.

Another reason is the increasing resistance to such indoctrination by conservative students and the growing presence of organizations that will help them expose and litigate infringements on academic freedom. A third is the increasing presence of students who demand a “right” not to be offended by anything they see or hear—an absurd claim that inevitably comes into conflict with the legitimate rights of everybody else on campus.

States, too, are likely to press harder in the future for public universities to serve the public interest rather than fund unaccountable intellectual sanctuaries.

The great genius of our Founding Fathers was to create a constitution that balanced competing interests rather than serving only the most powerful. I posit that the best perspective on academic freedom is also “Madisonian” in its treatment of multiple concerns—there are times when academic freedom must be constrained to best serve the truth.