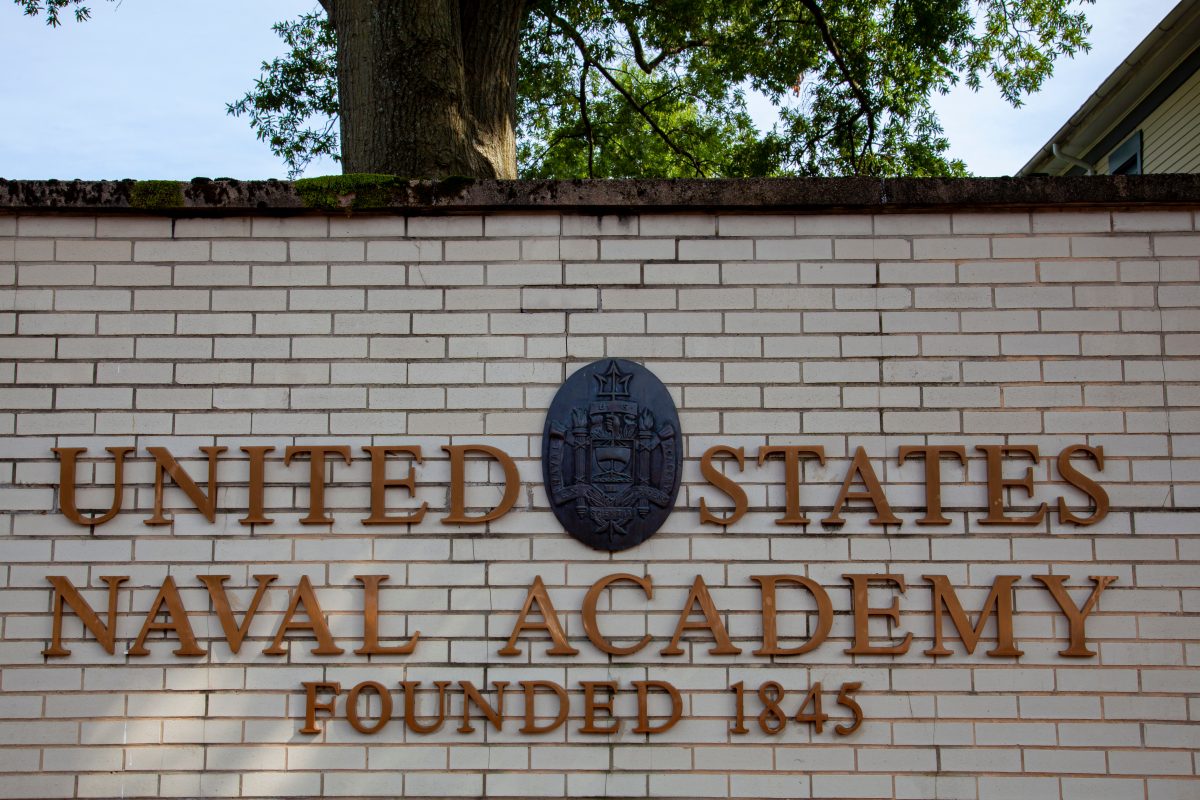 America, it would seem to some, is irredeemably racist, bigoted, and guided by hate. Those fighting against these pervasive evils have experienced a great “awokening” and are on a noble crusade to perfect American society by transforming its centers of power and influence. In doing so, many of our nation’s institutions are attempting to redefine what is acceptable thought, speech, and behavior by creating formal structures of control. Thus do they reprimand and publicly castigate the fallen.

The U.S. Naval Academy (USNA), the nation’s premier institution through which future Navy and Marine Corps officers are educated and trained, has now embraced this ideology. Willing collaborators all too eager to appease their political masters are accomplishing this transformation through directives, policy, training, and the creation of new offices and positions staffed to advance the agenda of wokeness. Under a benign-sounding scheme known as “diversity, equity, and inclusion” (DEI), wokeness is given a formal structure with the force to entrench itself. As emeritus professor John Ellis of UC Santa Cruz recently wrote in the Wall Street Journal, “These administrative divisions don’t merely act as gatekeepers; they also affect the speech and conduct inside [institutional] gates. DEI divisions are the driving force of cancel culture on campus, which limits the free inquiry that is essential to a university’s mission.”

For example, one new objective is to “develop and maintain a comprehensive cultural awareness and bias literacy training framework. […] [This] training cannot be a one hit for on-ramping personnel.” Rather, “the commitment to shaping the culture of USNA can never reach an ‘end.’”

The inescapable insinuation here is that midshipmen, instructors, professors, and officers are products and perpetuators of racist systems and institutions that must be purified through atonement for hidden sins. Moreover, this perpetual revolution can result only in approved (and appropriately woke) thinking and conduct. Thus will it fundamentally transform the education and training of midshipmen by supplanting rigor, merit, and superior performance with a focus on phantom grievances.

Regarding the curriculum, the Naval Academy will “develop a diversity and inclusion checklist and schedule to inventory and assess all academic classes and training events.” It will “partner with Academic Departments in conducting a comprehensive curriculum review prioritizing the inclusion of marginalized scholarship and hidden histories within midshipmen education.”

By giving priority to DEI-specific learning and training, USNA will necessarily degrade traditional facets of course development and pedagogy. This will lead to politicized content devoid of the rigor necessary to develop thinking officers who may one day lead sailors and Marines in combat. Furthermore, what will be the fate of those who will not comply, given their belief in, and right to, academic freedom? Things will surely not end well, professionally and personally, for these contrarians.

The creation of a process by which anyone can confidentially inform on others will create a climate of fear.Indeed, for the non-compliant, the plan has a built-in mechanism for discipline. The Naval Academy will “develop a confidential process for reporting bias incidents for non-punitive informational purposes to proactively identify areas for potential additional training.”

What constitutes a “bias incident,” and will there be defined limits? The Naval Academy does not say. Nor can much stock be put in promises that the process will be “non-punitive.” The creation of a process by which anyone can confidentially inform on others will inevitably create a climate of fear—about one’s reputation, future professional prospects, and perceived integrity. Will future assignments and promotion, for example, hinge on adherence to approved DEI initiatives? It is not difficult to see parallels to totalitarian models of control in USNA’s new objectives.

The potential legal perils associated with this plan are also an area for concern. It is not inconceivable that the Uniform Code of Military Justice (UCMJ) will be used to bring legal force to woke ideology at the Naval Academy and beyond. All uniformed personnel at the Naval Academy, including midshipmen, are subject to the UCMJ, a legal code that is significantly harsher than most civil and criminal codes. Punitive article 917, for example, states, “Any person subject to this chapter who uses provoking or reproachful words or gestures towards any other person subject to this chapter shall be punished as a court-martial may direct.” For those devoted to the implementation of woke ideology and the transformation of the naval service, policy and law will surely be wielded as potent weapons of compliance and discipline.

To ensure full indoctrination, the Naval Academy published, in early 2022, a formal instruction creating what is being called the Diversity Peer Educator Program (DPE). This program requires that midshipmen “be taught appropriate terminology [and] facilitation techniques and … given the necessary skills and tools to discuss sensitive topics among their peers.”

The DPE program, according to the framework laid out in the instruction, will create a parallel structure of authority in which the DEI agenda competes with regular structures of military good order and discipline. It mandates Marxist struggle sessions that sound suspiciously like forums to confess and repent for harboring heretofore unknown biases. What will become of those who insist they are not, in fact, racist, bigoted or biased? The ambiguity in the instruction is especially troubling in that it allows for continuous reinterpretation to fit whatever administrators and facilitators wish.

Consider a minority midshipman who commits an infraction and is disciplined by a company officer who happens to be a white male. If this midshipman decides she is being disciplined because of her race and gender, she may well report a complaint through formal and informal channels. Even if no formal investigation ensues, the mere reporting will have a chilling effect on the chain-of-command with yet unforeseen consequences. The potential second- and third-order effects will likely ripple throughout the Naval Academy and fleet as the DEI agenda becomes ever more pervasive. This can result only in the erosion of military effectiveness and competency, as personal survival begins to supersede professional development.

Tradeoffs exist everywhere in life, and the Naval Academy is no different. By creating a DEI agenda with deep structures, the USNA ensures that, over time, DEI will infiltrate further into every aspect of its operations. As has already been stated, there is no endpoint. This presents a significant opportunity cost to the naval service, as DEI education and training will, by its mere existence, supplant other forms of education and training more conducive to the development of future Navy and Marine Corps officers.

The outcome will be less-prepared officers entering a fleet in times of great peril across the globe. DEI will continuously grow and will command scarce resources that could otherwise be spent on real education and training, designed to develop tactically proficient and strategic-thinking officers. Those are the attributes our nation needs in its naval officers, not the complaints of DEI bureaucrats perpetuating an ideology that is hostile to our nation’s ability to fight and win future wars.

This nation is richly diverse, and the talents of its people are manifold. Few would oppose an all-volunteer military’s tapping into this pool, especially for its officer corps. DEI, a political construct, will not inspire recruits, nor is it an appropriate model for the education and development of this nation’s future naval officers. It may seem innocuous, but it has already begun to infuse nearly every aspect of the Naval Academy and naval service, to the detriment of readiness and martial competence.

One need only ask oneself a simple question: Will a DEI agenda propagating woke ideology prepare future leaders to wage and win wars against our enemies? Those who believe so are either blind or worse.

The U.S. Naval Academy is Adrift

Merit and Preferences: Never the Twain Shall Meet