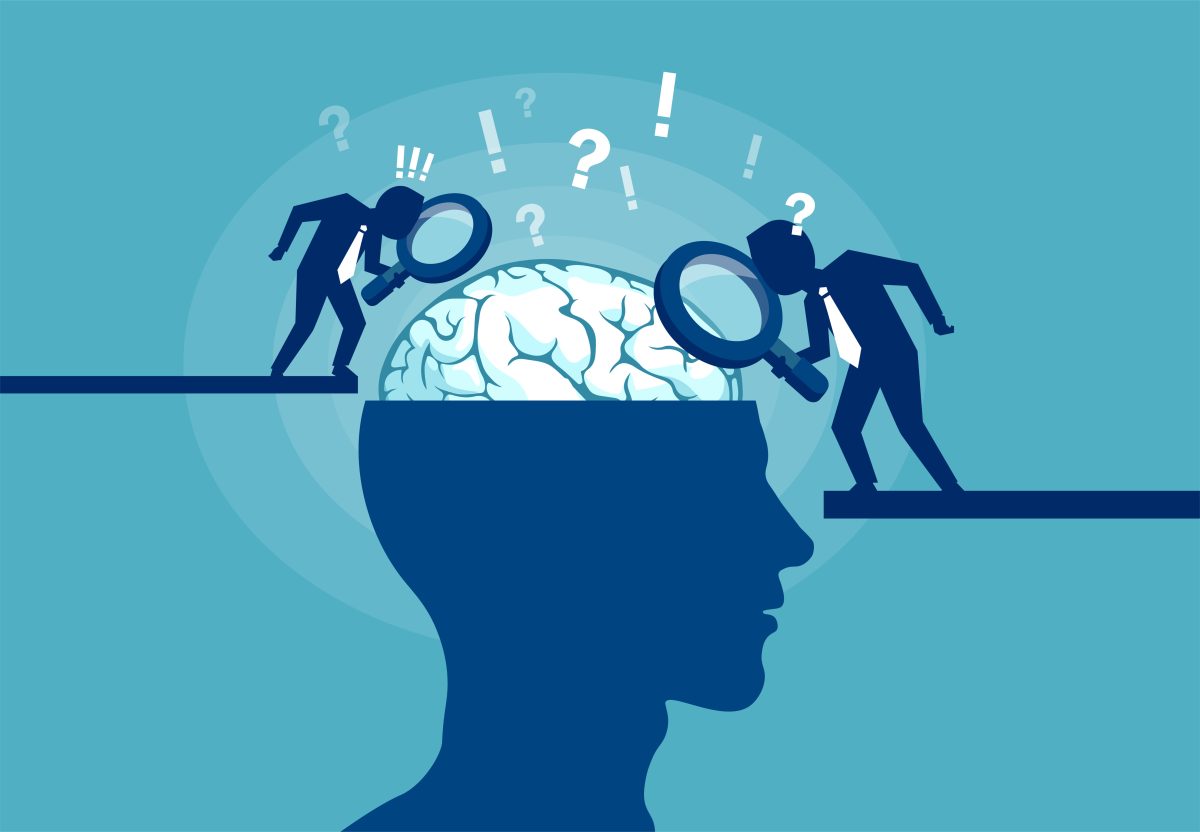 Marist College for the last few years has carried forward a project originally conducted by Beloit College in 1998. The idea was to create a profile of topics of concern and cultural benchmarks for students entering their first year of college. It became known as the Mindset List, now the Marist Mindset List, after the Hudson Valley college that now produces it.

Let me begin by acknowledging that I come to this subject untainted by prior familiarity. I had never heard of the Mindset List, and, on first mention, I mis-imagined it to be a profile of Marist College’s own students, and then mis-imagined it again as a national poll of college students. It is neither of these things. Rather, a group of faculty members engage in “an informal campus exchange of these ideas documenting the worldview of these 18-year-olds” and decide on 10 topics they judge will provide “a cultural compass that tracks the challenges and celebrates the accomplishments of each incoming college class.” Yet, despite the resulting document’s humble origins, the MML is celebrated in high places and has, over the years, been covered by the New York Times, NPR, Inside Higher Ed, and other respectable venues.

How about crime? Americans as a whole are petrified at the spiraling increase in murders, assaults, and robberies. In national polls, crime rates as one of the top three issues. And one of the faculty members who devised the list is a criminologist. But no, that’s not on the list either.

Well then, immigration. Again, the country is lit up with concern about the massive influx of illegal immigrants pouring across the border. They are consuming public resources that students might think are better suited to education. But no, that’s not on the Marist Mindset List either.

Perhaps it would be better to guess that today’s freshmen, having breakfasted in the wokedom of K-12 schools, are showing up at the college buffet ready for more of the same. That would mean more climate hysteria, more racial hysteria, and more citizen-of-the-world mumbo jumbo. And this time, we are right.

If the mindset of this year’s freshmen is that the “debate” is over, they have an immensity of un-learning ahead of them. Unfortunately, few of their colleges are equipped for that task. Most of American higher education has been Thunbergized. Physicists, climatologists, and physical scientists of all sorts who know better are keeping their lips stitched, knowing the career price to be paid if they are tagged as “deniers.” Meanwhile, the walls of orthodoxy upheld by the International Panel on Climate Change are collapsing. The climate is either not warming at all or is doing so at a nearly imperceptible rate. The ice caps aren’t melting. Storms are not increasing in severity. Weather variation continues in its normal chaotic fashion. Serious scientists are facing the facts, while activists and politicians continue to fan the flames of apocalyptic fantasy.

One might think that, faced with this situation, colleges and universities would recognize at minimum their obligation to adopt an approach that calmly teaches the science, including the extravagant theories if they wish, but also the plain facts. But doing so would collide with their students’ “mindset” and would therefore be a poor marketing strategy. I have to wonder about the marketing strategy of these institutions some years from now, when it is clear that they have been complicit in one of the great mass delusions of modern times.

The activists who drove the new bigotries into existence focused much of their efforts on children.Racial hysteria: That’s Mindset List topic #7, under the heading (of course) “Diversity, Equity, and Inclusion.” Here we read that “the Class of 2026 is the first cohort in recent memory for whom knowledge about a diverse country and world is actually regressing. Thirty-five states have recently introduced and/or passed legislation to either ban or censor teaching about race, sexual orientation, gender identity, and American history in schools.”

The regression is real, but not in the manner the architects of the Mindset List meant. We have gone from a society that had made immense strides towards social, political, legal, economic, and cultural equality among people to a society self-factionalized by race and rife with recrimination and neo-racism. The same dynamics have been applied to sexual orientation and “gender identity,” with the same immiserating results. The activists who drove the new bigotries into existence and have made them socially acceptable focused much of their efforts on children and used the schools as their preferred instrument of instilling their doctrines. So of course the “mindset” of freshmen reflects “Diversity, Equity, and Inclusion” misconceptions. The students themselves are unknowingly the leading edge of the “regression.”

College has an uphill fight to restore the ideals of actual tolerance, equality, and human commonality. There are precious few signs, however, that colleges have any will for that fight. In the weeks after the George Floyd riots broke out in 2020, hundreds of college presidents confessed their discoveries that the institutions they led were guilty of long-standing “systemic racism.” Rather than resist racial hysteria, they intended to hoist their pitchforks and help lead it. DEI is now a centerpiece of most colleges, instantiated in student admissions, faculty hiring and promotion, campus life, permitted speech, and high-profile incidents of punishing dissenters. What will the freshmen learn? They will learn that their colleges are eager to affirm their worst instincts and prejudices.

Citizen-of-the-world mumbo jumbo: That’s Mindset List topic #5, under the heading “Global Studies.” To wit, “The Class of 2026 will be the first since the ‘Duck and Cover’ generation of the Cold War to live with the real possibility of world war and global conflict. The Russian invasion of Ukraine echoes the experiences of growing up during the Cold War, but today’s digital technology makes the images of war much more visceral.”

This is a lot milder than I expected. Russia’s invasion of Ukraine appears to have dampened the kumbaya spirit of global unity and restored some of the healthy fear of living in a dangerous world. The possibility of world war and global conflict, of course, didn’t end with the Cold War, and one wonders whether 9/11 and the successive wars in Africa, Asia, and the Middle East registered at all with this generation of students brought up on the illusions of a new post-national world order powered by windmills, solar cells, and a diet half vegetarian and half crickets. When it suits the socialist left, global unity will be back, and these students will be ready for it. So will their colleges, which see themselves as preparing young people not for lives as responsible citizens of a self-governing republic but for lives as reliable subjects and consumers in a transnational New World Order.

The list is astonishing in its combination of superficiality and tendentiousness.I have touched on only three of the ten items on the Mindset List. The other seven are astonishing in their combination of superficiality and tendentiousness. #1 Sports Communication: “The Class of 2026 has always known LeBron James as the most recognizable sports icon on the planet.” #2 Political Science: “For incoming students, Hillary Clinton has always had a more significant role in American politics than Bill Clinton.” #3 Computer Science: “Created in 2004, Facebook has been active for the entire lives of the Class of 2026.” #4 Ethics: “Incoming students are the first generation in fifty years who must include their own reproductive rights as part of their overall college decision.” #8 Public Health: “Incoming students are still recovering from the mental health impact of COVID and COVID fatigue.” #9 Education: “The Class of 2026 is the first to realistically see the possibility of canceling or reducing student debt.” #10 Fashion: “Incoming students are aware of fashion sustainability, but nevertheless social media and influencer culture draw them to cheaper and faster options from online retailers.”

No doubt LeBron James, Hillary Clinton, and Facebook are well-known to college freshmen. The third of these may have some lasting significance measured by the harm it has done to their emotional maturation and intellectual development. Labeling these “Political Science” and “Computer Science” might be wry humor, but I suspect the Marists were serious. Elevating abortion as a central concern of incoming freshmen is more a wish than a fact, but surely the faculty panel hope it is true. As for the mental fragility of the students in light of Covid, I expect that is a reality and one that colleges could and should address by helping students to develop resilience. I suspect, however, that most colleges, true to form, will emphasize therapeutic dependence. And as for “fashion,” let us take this as the one unalloyed good in the Marist list. The students will shrug off virtue-signaling sustainability in favor of pleasing themselves and economizing. I hope that’s right.

What should we really make of this bizarre list? Three junior faculty members at a small college have projected their personal views onto some five million students. Some of their guesses are plausible. LeBron James is famous. Most present the mindset of the judges, especially on matters such as climate change (the debate “is over”) and race (relations are “actually regressing”). As a barometer of mainstream faculty opinion, the Marist Mindset List has its merits. Listening in a bar to what people boast about can give you a fairly accurate idea of prevailing personal vanities. Looking at what comes up at the top of a Google search is an excellent way of finding out what Google wants you to think. Reading the signs is always a question of looking not just at what is said, but why it is said at a particular time and place.

Peter Wood is president of the National Association of Scholars.

Are North Carolina Universities Biased? Look at What Students Are Reading

In Fisher II, the Supreme Court Should Look at Reality, Not Pretense