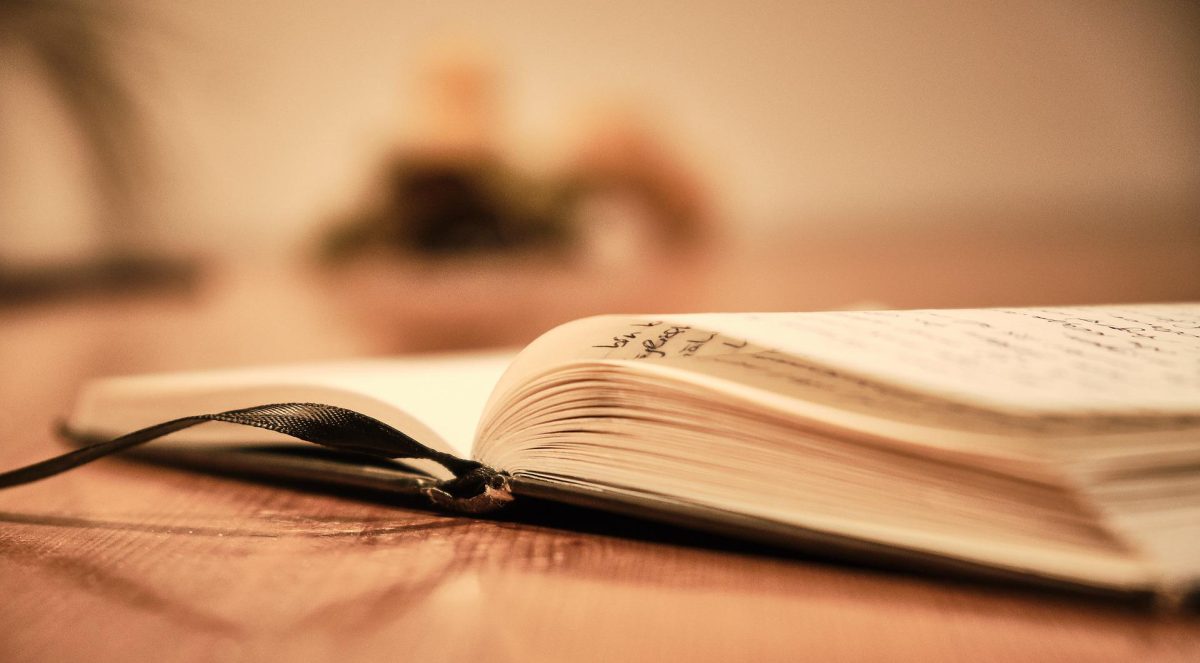 During the years I taught college English, I had a ringside seat watching a new breed of Jacobins seize control of a university English department, then extend their reach throughout the humanities. Posing as the champions of “social justice,” they have built an empire cultivating “victims”—and silencing colleagues who oppose the new mission of the radical left. For four decades they have ruled universities nationwide, but my focus here is upon the hoodoo they have inflicted upon North Carolina’s Big Four universities.

My first exposure to the type came in August, 1984, when new department head John Bassett announced plans to take N.C. State’s English department in a “radically new direction” that would reinvent English studies as a “social science” and showcase faculty who impose “gender-deconstructionist,” “Marxo-constructivist,” or “post-structuralist” interpretations on classical literature. Dr. Bassett was simply following the nationwide trend that recast English professors as liberators of the oppressed and recast great writers as the enemies of women, people of color, and the underclass.

By 1988, Bassett’s acolytes were in charge—but only after a battle so fierce one reporter likened it to “an academic Beirut.” Their formula for success, hatched in the 70s, introduced here in the 80s, alive and well in 2022, goes something like this: take a crop of Ph.Ds who land jobs in Research I institutions and who know they must publish something original, something “cutting edge,” or perish. Now imagine a crop of upstarts competing to invent a new angle on Hamlet or Huck—then spotting the opening. If, prior to 1980, scholars had called classical literature the hallmark of our Western heritage, the neophytes would invert that premise and call great works the scourge of Western civilization—as the last refuge of racism, sexism, and all the other isms perpetrated by dead white males.

When the saboteurs arrived at Duke in 1986, the battle that ensued made national news because it involved renowned scholar Stanley Fish, whom Duke had landed to chair its English department. Backed by other hotshot recruits, Dr. Fish set about to make the department over in his own image—smug, despotic, and punitive when colleagues challenged his claim that “literature has no intrinsic merit.”

A Durham reporter was quick to note that Fish’s accomplices’ “real ambition is to empower the oppressed…and what they offer is cotton candy for the mind.” But it was African-American scholar Kenny Williams who, in 1990, made national news telling the Wall Street Journal that “teaching English means educating students in literature, history, and civilization—not doing social work or teaching oppression.”

For exposing the erosion of standards at Duke, Dr. Williams became the first known victim of  “cancel culture,” when she found herself banned from teaching graduate students and from serving on committees.

At the same time the Fish plot was being reenacted in English departments nationwide, critics were mocking the inmates of the “Fish Tank” for their twisted reinterpretations of the classics—most famously, for Eve Sedgewick’s obsession with “homoeroticism” in Jane Austen’s novels.  In 1991, Duke’s Stanley Hauerwas captured their view of the classics in one line: “The canon of great literature was created by high-Anglican ass—-s to underwrite their social class.”

But it was Duke’s Marxist professor Fredric Jameson who made international news for winning the worldwide “Bad Writing Contest”—twice—for writing prose so garbled reading it “was like swimming through cold porridge.” Despite the unintelligible prose, Jameson’s anti-capitalist stance has made him a hero to the American left, and more tellingly, to the Chinese Communist Party.

From his safe perch at Duke, Jameson has made Marxism a highly profitable enterprise in universities nationwide and spawned a network of Marxists who draw their income, then sneer at those who guarantee it—donors, grantors, and tuition-paying parents.

Shareholders in any other business would catch on quickly if foolish innovations had scuttled the product. Not so in higher education where the poor value shows up long after investors’ checks have been cashed.

Dissenting faculty had been heartened in 1987, when the University of Chicago’s Allan Bloom traced The Closing of the American Mind to the anti-Western bias of the radical left. Dr. Bloom was the first to expose a new breed of posers who professed a “moral truth” far superior to the truths students could find in Plato, Shakespeare, or Twain. Readers took note, but MIT professor Noam Chomsky spoke for academe’s ruling class when he dismissed Bloom’s best-seller as “mind bogglingly stupid.”  A year later, protesters at Stanford University spoke for a new class of students when they marched, chanting, “Hey, hey, ho, ho. Western culture’s got to go!”

By 1990, insiders who dared challenge the ruling class could wreck whole careers—but were free to tell outsiders about scholars who had risen to stardom redefining, then weaponizing “virtue.”

Newsweek responded with a December, 1990, cover that spelled out THOUGHT POLICE in tall letters, chiseled in stone, with a subtitle that asked, “Is This the New Enlightenment—Or the New McCarthyism?” The answer, of course, is the latter—with a twist. While Senator McCarthy preyed on citizens suspected of engaging in “un-American activities,” the new McCarthyites preyed on professors caught engaging in an essentially American activity—expressing views that run counter to the ruling orthodoxy.

It was E.B. White who said, “One need only watch totalitarians at work to see that once men gain power over other men’s minds, that power is never used sparingly or wisely, but lavishly and brutally and with unspeakable results.” In 1998, when an external review exposed the unspeakable results of Fish’s reign at Duke, Fish and his band of despots bolted—but only after the Fish brand had caught on at other North Carolina universities.

UNC-Chapel Hill’s radicals made headlines in 2004, when they assailed the College of Arts and Sciences for approaching the Pope Foundation about funding a program that would teach students about “Western Civilization.” The concept—exposing students to the feats of “rich, white, Protestant men”—was reason enough to oppose it, but accepting money from a right-leaning think tank was, well, unthinkable.

When the campus’ leftist listserv posted the question “Should UNC-CH Accept $12 Million from Racist, Sexist, Classist, Homophobic Donors?” students marched, chanting, “Stop the hate, stop the fear, we don’t want their money here!” No one was surprised when Western Civ went down in defeat.

Inspired by the Chapel Hill mob, in 2007, NC State’s Jacobins revolted when they learned that the Dean of Humanities had approached the Pope Foundation about funding for a study abroad program. When their leader denounced the Pope Foundation’s values as “profoundly antidemocratic” and its mission as “directly inimical to the values of our public universities,” once again, a reasonable plan went down in defeat.

Before 2016, I never guessed that Wake Forest professors would topple a program designed to enrich both faculty and students, but that is precisely what happened when Professor James Otteson founded the Eudaimonia Institute, which brought students and faculty together to explore ways to promote “eudaimonia,” Aristotle’s term for happiness.

No one objected until Otteson announced that the Charles Koch Foundation would donate $3.7 million to the Institute—and the name Koch triggered 189 professors to stage what the Wall Street Journal called an “Anti-Koch Meltdown.” From their safe perch, secured for them by the sale of cigarettes, the Wake Forest mob ruled that the pursuit of happiness would be hazardous to student health, and in 2020, “The Eudaimonia Institute Quietly Fades Away.”

Having silenced—or canceled—colleagues and donors who treasure our Western heritage, leftist professors were free to breed contempt for a nation that’s steeped in racism, redeemable only by themselves—the ministers of goodthink. Before May 31, 2020, our universities had acted as de facto internment camps for the virtuecrats; then came the murder of George Floyd at the hands of a white police officer, and, suddenly, to be a white American was to be complicit in a black man’s tragic death.

Within weeks, all four universities had designed programs that would purge faculty, students, and staff of their thoughtcrimes. N.C. State Chancellor Randy Woodson was the first to issue a statement condemning “white supremacy” and “racial injustice” and requiring “every student, faculty, and staff to complete diversity and inclusion learning modules.”

June also brought Duke President Vincent Price’s announcement that he would take “transformative action” to end “structural racism and inequality” at Duke, and Carolina Chancellor Kevin Guskiewicz would stamp out “structural racism” by requiring “every person in our community to learn new concepts about diversity, equity, and inclusion.”

As for students whose parents need rehab, Carolina posted a list of resources “white people and parents” can use to reform themselves. Neither plan satisfied Carolina’s Professor Tressie Cottom, who tweeted that the “citizen soldiers” in Kenosha, Wisconsin “have deputized all white people to murder us.”

Wake Forest President Nathan Hatch was the last of the Big Four’s leaders to announce plans to uproot racism and atone for white guilt.  Hatch’s newly appointed “Commission on Race Equity and Community” will “illuminate our history” and be “honest about its past…facing reality, however sobering”—which of course means disavowing Wake Forest’s original benefactor—the Reynolds Tobacco Company.

All four leaders would have us think that our universities have become a haven for scoundrels, and the comply-or-else subtext of their announcements calls to mind the Taliban’s Ministry for the Prevention of Vice and the Promotion of Virtue, as well as George Orwell’s appraisal of leftist intellectuals: “One has to belong to the intelligentsia to believe things like that. No ordinary man could be such a fool.”

Shareholders in any other business would catch on quickly if foolish innovations had scuttled the product. Not so in higher education where the poor value shows up long after investors’ checks have been cashed.

Recent events, however, suggest that academe’s overlords are about to meet their match. Parents who have exposed the hoodoo behind the K-12 curriculum just might take aim at the source—leftist ideologues who rule higher education. Only then will they discover a truth set forth by the Roman poet Horace: “Force without wisdom falls of its own weight.” None too soon.

Nan Miller received her undergraduate degree from Wake Forest University and her M.A. in English from North Carolina State University. She taught college composition and literature for 26 years, eight years at State and 18 years at Meredith College, where she opened and directed the Meredith College Writing Center.

Diary of a Mad Emerita