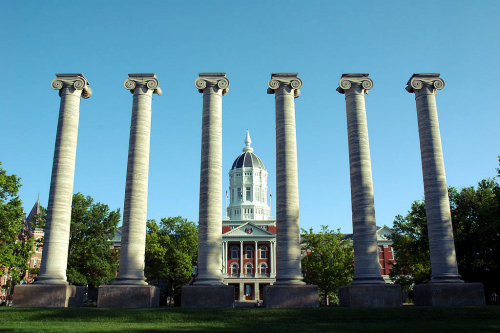 In 2006, I clipped a “Non Sequitur” cartoon that captured perfectly the mystique that surrounds our nation’s universities. The cartoon pictured a professor ensconced in a cubicle surrounded by an alligator-infested moat, drawbridge up. One outsider, gazing across the moat, says to another: “We have no idea what he does, which, of course, is one of the great perks of tenure.”

A decade ago that cartoon was funny because it played to the notion that what went on in our universities was beyond the comprehension of mere mortals.

Ten years later there’s no mystery surrounding the games people play in academe because they make headlines every week.

What follows is a roll call of university players (mostly tenured) who took up arms against a sea of injustice—but defeated free speech instead.

First came the “diversophiles,” who rose to power in the 1980s, then set the stage for the other players. Their original, or at least their stated intent was commendable. They wanted to end the era of “white privilege” in our universities and make them reflect the multicultural nation we had become.

Their mission to include all “marginalized voices” quickly became their aim to exclude or marginalize anyone who didn’t share their other pieties.

On May 8, 2016, New York Times columnist Nicholas Kristoff captured the diversophiles’ mission in one line: “We progressives want women, blacks, Latinos, gays and Muslims at the table—er, so long as they aren’t conservatives.” His “Confession of Liberal Intolerance” was a stunner, but calling for “ideological diversity” in our universities comes about three decades too late.

The diversophiles have instead given us ideological conformity, which has reshaped course content across many disciplines.

In the history department, for example, it wasn’t enough to charge contemporary conservatives with racism, sexism, homophobia, etc. So-called activist historians have made those charges retroactive, reaching back ten centuries to include the perpetrators of European “colonialism,” whose sickness America caught, making our own heritage a source of contempt.

Their mission made news in 2014, when history professors who serve on the College Board reframed high school AP classes to suit their “internationalist” ambitions—as well as their ambition to remove the taint of American “exceptionalism” from the AP curriculum.

After their leftist agenda was exposed, the firestorm that followed compelled the College Board to reinstate some references to American victories and economic successes and issue a statement saying that the new guidelines present “a clearer and more balanced approach” to American history.

But no such “groundswell of criticism” has threatened revisionist historians in the university. Today’s revisionists believe that if they expose us as a nation founded on “guns and greed” as leftist historian Howard Zinn once described the U.S., students will become lifelong “progressive” acolytes.

When revisionists began stressing our fault lines rather than our merits, they also dropped surveys of European and American history from lists of required courses, even for history majors. But students who must study our supposedly shameful past are more likely to remember Thomas Jefferson by his new tag “racist rapist” than for drafting the Declaration of Independence.

Over in the English Department, it’s Western literature that has fallen from grace, along with professors who thought it worth studying.

In their place is a syndicate of “theorists” who blame literature for abetting a patriarchal system that oppresses women and minorities, that is, anyone not empowered by white male “heteronormativity.” Armed with a new worldview (anything Western is bad), theorists now use masterworks to denounce our heritage.

For example, as we read in this recent Wall Street Journal article, a petition submitted by Yale undergraduates demanded that a required course in Major English Poets be abolished because a “year spent around a seminar table where the literary contributions of women, people of color, and queer folk are absent actively harms all students.”

But no English department ploy is so daft as the toppling of Shakespeare. Last year, a survey of 52 top-rated schools found only four that require English majors to study Shakespeare. Even more distressing is the fact that required enrollees may remember the Bard not as the master of timeless insights and perfectly wrought poetry, but as the advocate for an “all-woman ghetto,” as feminist professor Ann Thompson once said, or as the opponent of “distributive justice,” as Marxist critic Michael Bristol has argued.

Many students have absorbed their ideological lessons and now afflict campuses nationwide with their disruptive antics. Roger Kimball dubbed them “crybullies” because they combine a wailing touchiness with a resolve to expel from school anyone who makes them feel “unsafe” by disagreeing with them.

Their list of bogeymen includes everyone whose words can possibly be twisted to suggest they’re racist, sexist, or homophobic or simply aren’t thoroughly leftist in outlook. For example, colleges have had to disinvite speakers such as Ayaan Hirsi Ali and Condoleezza Rice. Before the summer of 2014, student radicals made news by banning or shouting down outsiders who did not know that “free speech” on campus now means “free to speak like me.”

Then came the raucous protests at the University of Missouri, which put insiders, including a college president, in the crybullies’ crosshairs. When students forced President Wolfe to resign, they inspired others to protest the “Ku Klux Kulture” they claim persists nationwide. Soon afterward, Yale’s president confessed that he had “failed” students who said they were spooked by the very thought of “insensitive” Halloween costumes.

But no one could have guessed that the hand puppets of leftist professors would take up arms against their handlers as well, as Northwestern University professor Laura Kipnis discovered when she suggested that feminism had been “hijacked by melodrama.” In an article for the Chronicle Review, Kipnis admitted that even leftists now “live in fear of some classroom incident spiraling into professional disaster.”

And professors are not alone in their fear of student-wrought disasters. Just this July, the Berkeley student newspaper the Daily Californian revealed that when students stormed Chancellor Nicholas Dirk’s office last spring, he had a door installed that would double as an “escape hatch” in the event of campus protests.

With its recent stand against student protests, the University of Chicago would restore reason in the university—and, one hopes, restore John Stuart Mill’s approach to free speech. When Mill wrote in On Liberty, “All silencing of discussion is an assumption of infallibility,” he spoke directly to the type of professors and students who would claim infallibility a century and a half later.

Thus far, that type has gone unchecked, and that is the single greatest failing of the modern university.