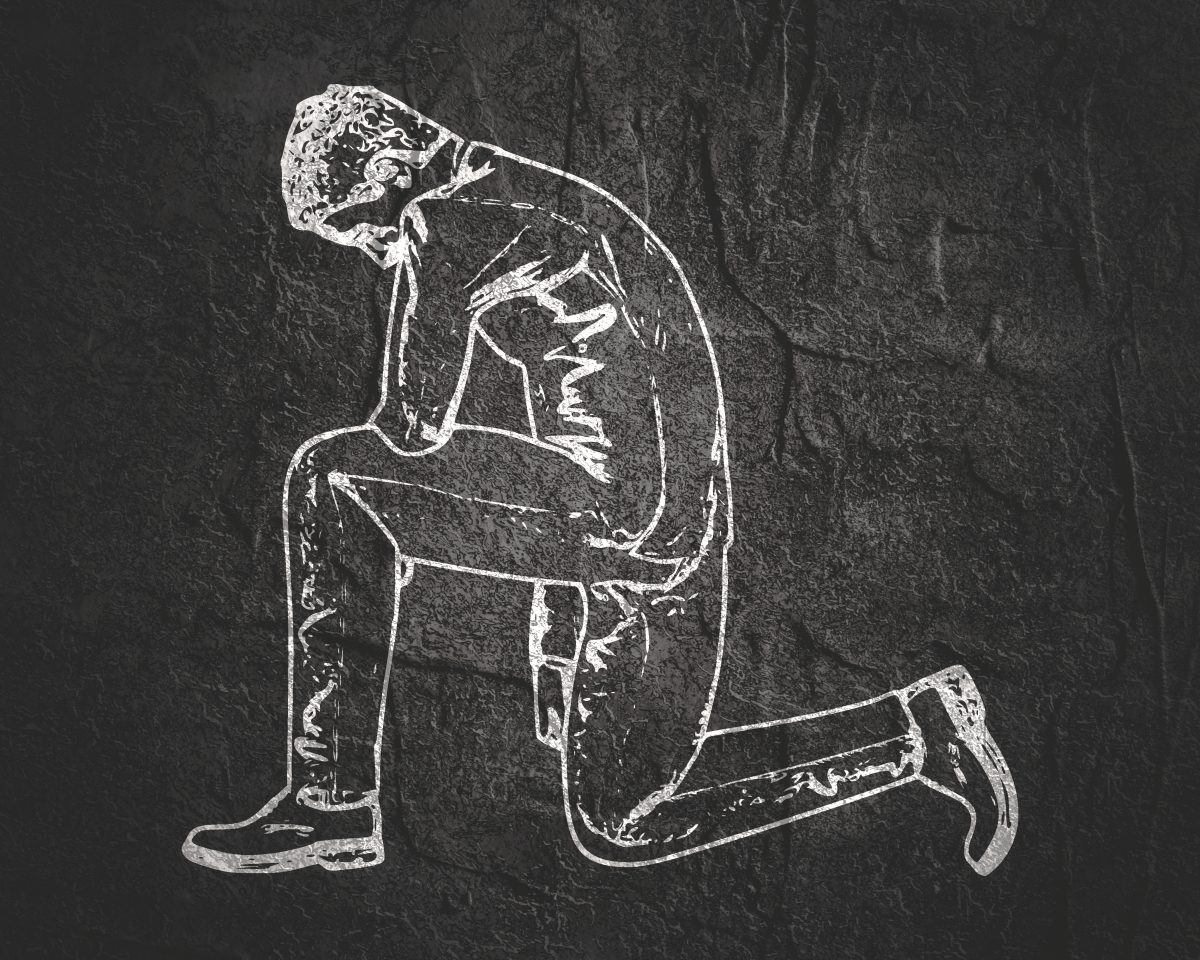 Since the early 1960s, universities have sought to achieve racial equality. Initiatives have ranged from offering extra tutoring for struggling minority students to making them more comfortable on campus by providing segregated housing and black-only graduation ceremonies. Unfortunately, nothing has worked.

Now, after over a half century of trying everything imaginable and sparing no expense, what is left? Never underestimate determined professors chasing Utopian fantasies. The latest racial equality measures are now transpiring at the University of Illinois-Urbana, a school where I spent 28 years as a professor of Political Science.

In a nutshell, all professors up for tenure or promotion—including those in the hard sciences such as physics and engineering–must submit a statement about their personal commitment to diversity. Currently, this is voluntary, but it will soon be mandatory.

According to the University’s Provost, the university must “catalyze innovation and discovery, find novel and proactive ways to educate students from all walks of life, and develop ever-deeper connections with the public we serve.” In their diversity statements, candidates should “include a discussion of the context, importance, and impact of their contributions along with their future plans for contributions. The candidate may choose to organize the statement by topic, activity, domain (e.g., research, teaching, and service), or in another manner.”

In other words, even if you are teaching electrical engineering, be prepared to be judged by how you contribute to the campuses’ “…diversity, equity, and inclusion activities and their impact.”

Is there anything that suggests that this latest effort will finally be successful? What scientific evidence can justify the enterprise? Neither the provost nor anyone else provides any reason to believe that university faculties will be better if we favor those who most convincingly proclaim their dedication to diversity while rejecting those who do not.

It’s hard to believe that it will succeed and, I suspect, everyone at Illinois knows this uncomfortable truth. So, that reality acknowledged, why all the cumbersome effort? Surely there is something that drives this venture beyond hoping for an educational miracle.

Let me offer some plausible hypotheses.

Most obviously, this is a make-work project for today’s massive campus bureaucracy and as such, it has little to do with promoting academic achievement among minority students. This is about hiring more administrators who will spend their days reading statements generated by faculty in fields that have nothing to do with race and attract hardly any black students and, since tenure and promotion are an ongoing university activity, this administrative “work” is forever.

On the upside, however, it is arguable that the generating of pointless paperwork is preferable to the mischief that might otherwise be instigated by these Diversicrats. All things being equal, better to have them reading statements from Professors of Molecular Biology about how they will add people of color to their classroom lectures than haranguing the professor’s department to hire more impossible-to-find molecular biologists of color.

If dissenters become too troublesome, retribution can become more draconian.

Unfortunately, there is a more troubling side to this wasteful endeavor than just increasing an already bloated bureaucracy. As the DIE orthodoxy grows ever more totalitarian it will become increasingly necessary to uncover heretics who must be publicly crushed to teach all the others to bend the knee and obey. Recall the Soviet Union when commissars scanned the audience to spot those who were the first to stop clapping after Stalin’s speeches.

Now, while nearly all professors will obey and dutifully offer up boilerplate cliches to satisfy the diversity apparatchiks, a few will object and, sin of sin, even proclaim that promoting racial Equity has zero to do with teaching students to grow soybeans. And rest assured, the response to this heretic’s transgression will not be a reasoned rejoinder; rather, our heretic will be informed that he is misinformed and a troublemaker and if he wants future research funding, he better get with the program.

And what might happen if the heretic refused to repent and repeatedly left blank the space marked “promote inclusion” when up for promotion? Just study the history of religions to see how top clerics deal with those nailing their objections to established orthodoxy to the church door. Better to crush the apostate early on.

Every professor knows that academic benefits such as salary increases are always decided at the margin given competition from colleagues and limited resources. With a tight budget, what administrator wants to reward a professor who earns a reputation for refusing to drink the DIE Kool-Aid?

If dissenters become too troublesome, retribution can become more draconian. Diversity statements resemble Cold War loyalty oaths that were designed to rid government and higher education of communist sympathizers. Signers had to disavow any past or present communist affiliation though critics always correctly noted that a real communist would lie and thus these oaths were not only pointless but violated a person’s First Amendment rights.

That criticism, however, missed the point—of course the communist would lie but if it were discovered that he had lied under oath, the signatory committed perjury, a serious crime that could bring jail time. That was the real purpose of the oath—criminalizing communist activity by punishing it with perjury.

The academic parallel would be a professor who tells the diversity bureaucracy that he will promote diversity by highlighting the contributions of people of color when teaching calculus. But what happens when the Dean of Diversity asks to see the professor’s syllabus or lecture notes and, surprise of surprise, no mention of what was promised? What was initially the minor offense of ignoring the contribution of people of color to calculus now becomes the more serious crime of misrepresentation on an official university document. No doubt, at least in the eyes of today’s ideologues, this may be a sin far worse than falsifying data in one’s research or even plagiarism.

Viewed broadly, this initiative has nothing to do with helping academically challenged youngsters thrive in a major research-oriented university. All the King’s Men, all the King’s Horses, and all the Public Affirmation of Commitment to Diversity, Inclusion, and Equity will not succeed where countless past endeavors have failed.

The enterprise is all about showing who is in charge and proclaiming official dogma. That everything is just a foolish and costly display of virtue signaling is not a defect; it is fundamental to the enterprise.

As in some religious cultures, obedience to the preposterous signifies true faith. After all, anybody could propose something sensible, and enlisting in that cause would thus hardly be an expression of devotion. To spend a few hours telling lies as the price for promotion or tenure affirms the sacred authority of those who rule.

Unfortunately, the exercise of this power over a smart faculty by bureaucrats who themselves could not secure a BA from the University of Illinois in most of the offered majors may only whet appetites for more kissing the ring. After this scheme fails, a new form of humiliation will be devised. Conceivably, all professors will be required to master some nebulous “cultural competence” so that their academically struggling black students will excel in STEM fields. Or textbooks, even in the sciences, will be rewritten from a more “inclusive” perspective by eliminating “white” mathematics and logic.

This is not the first time that learned men and women have pursued the unreachable. Education becomes an exercise in forcing smart people to genuflect and embrace the faith. Ironically, in today’s secular world, the cult of diversity again makes universities faith-based institutions.

Robert Weissberg received his bachelor’s degree from Bard College and his Ph.D. from the University of Wisconsin-Madison. Since 1969 he has taught political science at Cornell University and the University of Illinois-Urbana and is currently an adjunct professor of politics (at the graduate level) at New York University. He is the author of eleven books, including his most recent, Bad Students, Not Bad Schools. His professional articles have appeared in the major political science journals plus more general publications such as Society, the Weekly Standard, and the American Thinker website. For more information, see his website, badstudentsnotbadschools.com.

Bending the Knee for Diversity, Inclusion, and Equity

Another take on Salaita: not an abridgment of academic freedom, but a failure to uphold academic standards

A Tower of Babel, Not a Marketplace of Ideas