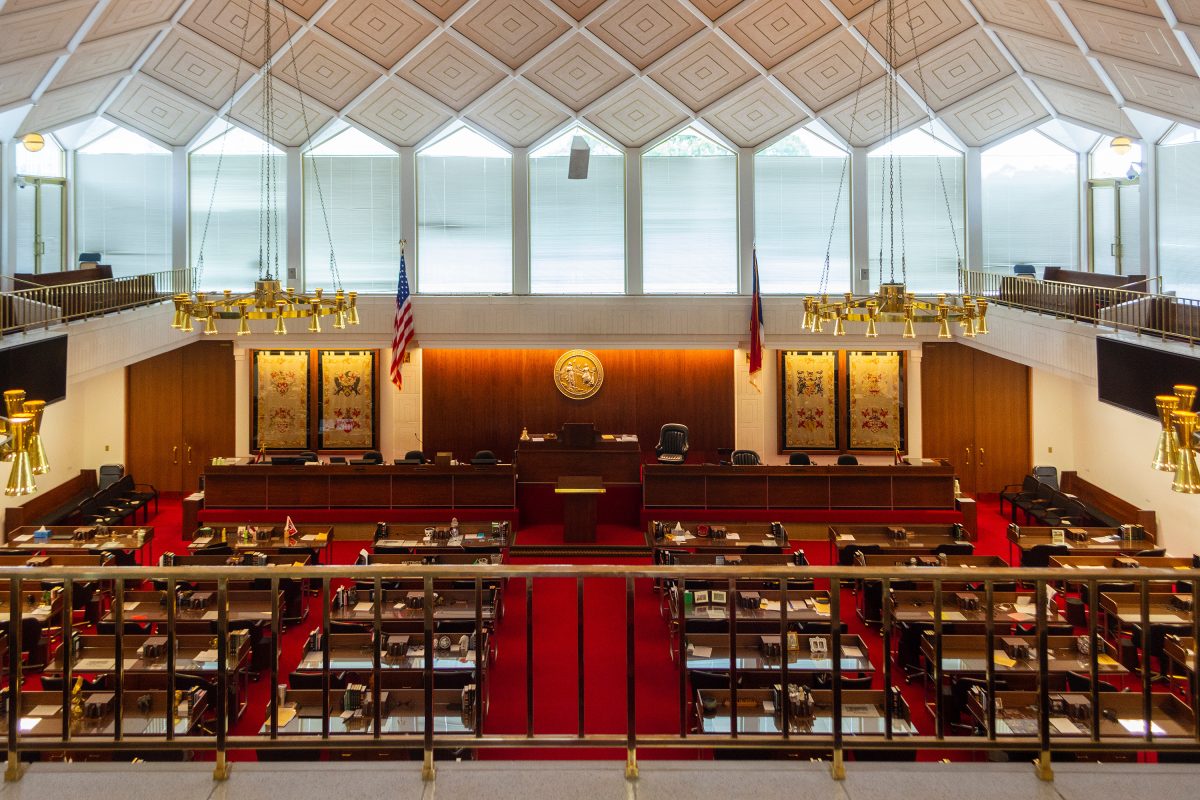 On February 6, the Raleigh News & Observer asked whether the North Carolina legislature has “done enough to actually damage the University of North Carolina System’s traditionally stellar quality during a decade of Republican control?” In a series of articles, it laid out its case that the answer is yes.

But the evidence presented, especially concerning university funding, is characterized by omissions, inconsistencies, and cherry-picked data. We examine the facts here:

Claim #2: Per-student appropriations for higher education in North Carolina decreased by 13 percent between 2008 and 2020, inflation-adjusted.

Fact: Appropriations to the UNC System did decrease at some points during the past 15 years, but most of the decrease in funding came between FY 2008 and FY 2011, when Democrats had majority control in the NC legislature. Republicans gained the majority in the 2010 election. Under Republican control (beginning in FY 2012) inflation-adjusted per-student higher education appropriations actually increased by 11 percent. 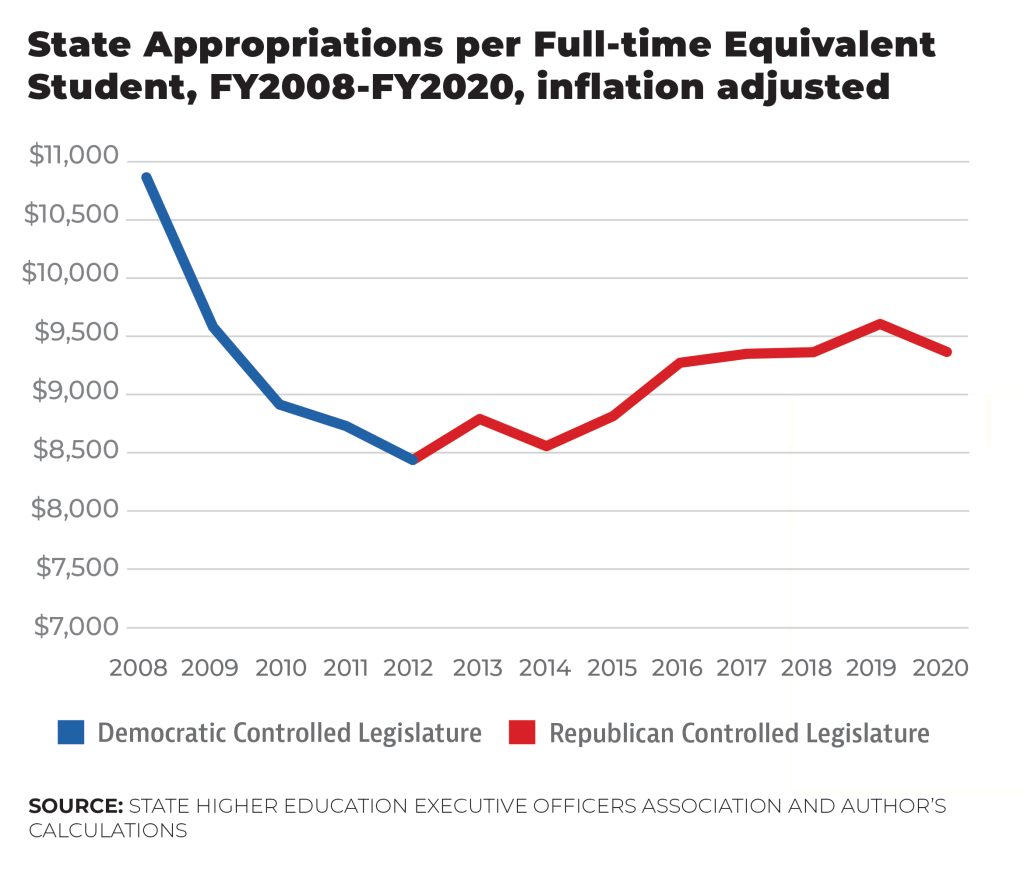 Claim #3: Since 2010, funding to the UNC System has decreased overall, when adjusted for inflation.

Fact: Since FY 2010, operations funding to the UNC System decreased by just half of one percent when adjusted for inflation. Since FY 2011, funding has actually increased by 2 percent. During that time, the Republican-led legislature entered into the most significant commitment to university spending in recent history: NC Promise. The NC Promise program allows undergraduate students at (soon-to-be) four UNC System campuses to pay only $500 per semester for in-state tuition.

The legislature has also provided significant funding for capital expenditures during this period. The most recent budget, created by the Republican legislature and signed by Governor Roy Cooper on November 18, 2021, included very large expenditures for renovations and repair across the UNC System. 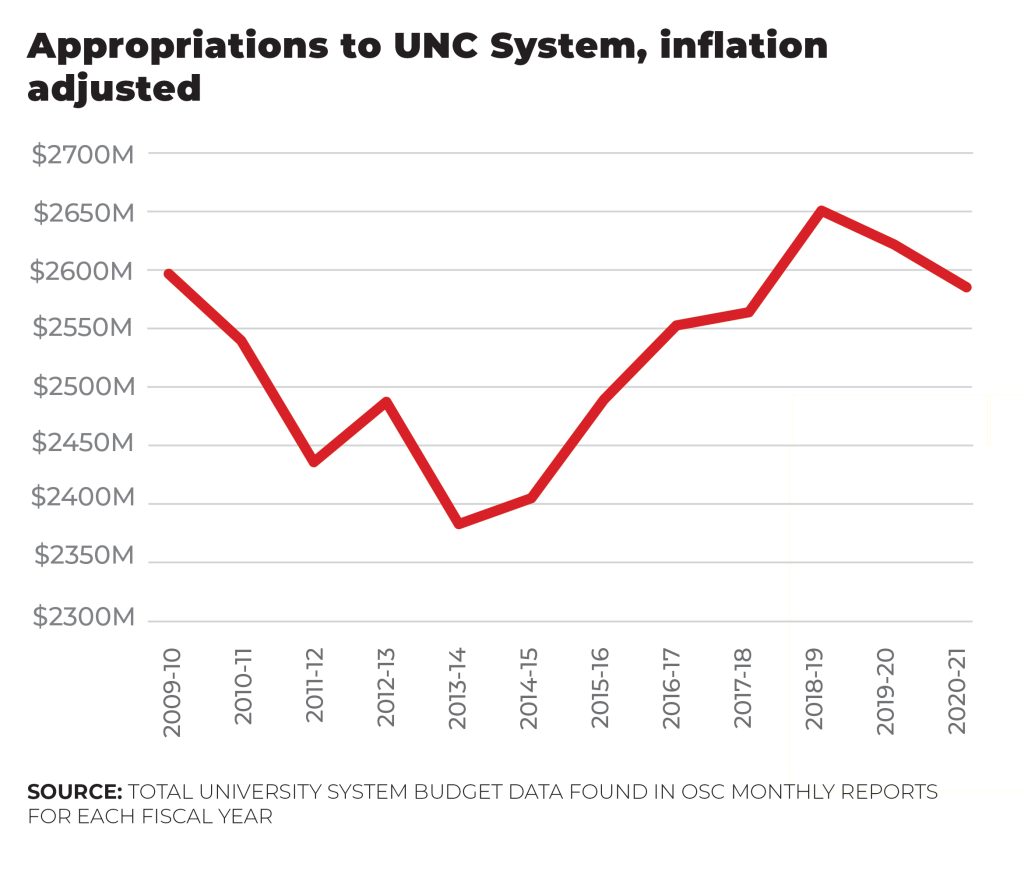 Fact: North Carolina’s commitment to making higher education “as free as practicable” is directed towards the undergraduate education of in-state students. NC Promise is one part of that commitment. Across the system, tuition at UNC institutions for in-state undergraduate students is in the bottom quartile nationally.

Low tuition for in-state undergraduates is made possible because North Carolina spends more per higher ed pupil than most other states. The Martin Center noted this fact here, saying:

In the UNC system, the average revenue per student received from state appropriations is $12,365—a generous subsidy. Only Wyoming, Connecticut, Alaska, and DC have higher subsidies. And North Carolina’s universities educate far more students than the universities in those states and districts. 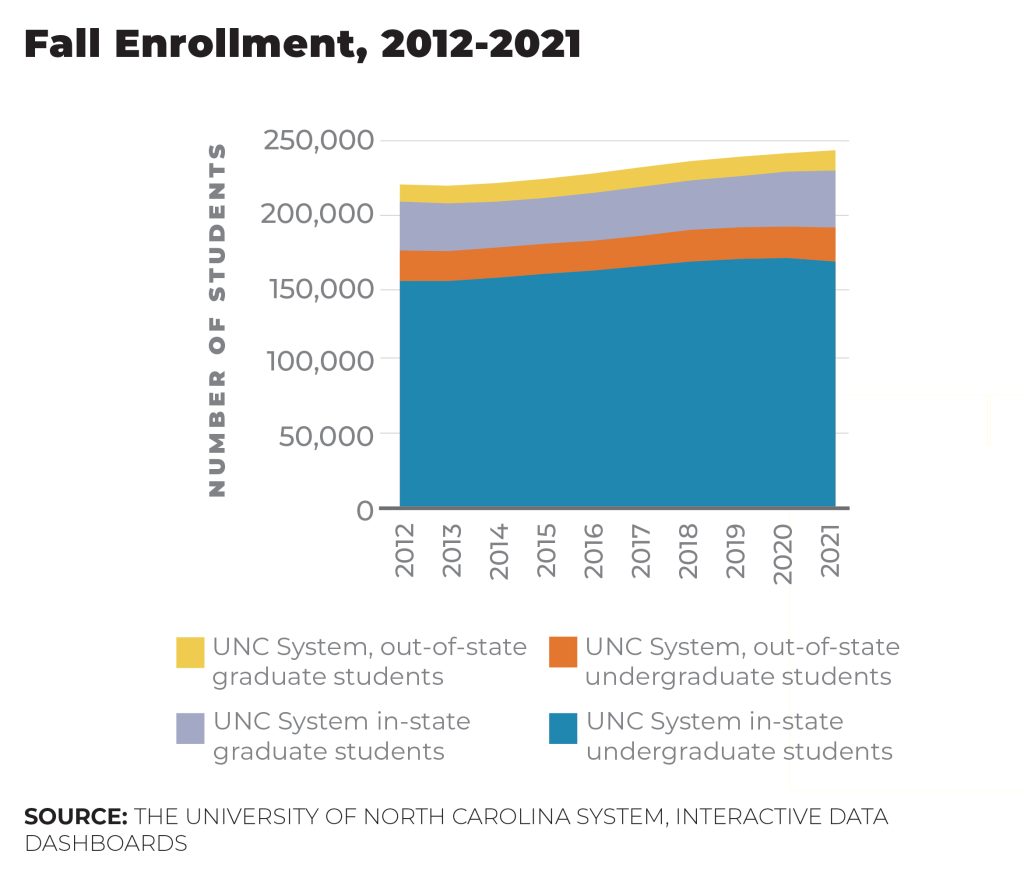 Fact: It’s true that faculty salaries haven’t kept up with inflation. But this is largely out of the hands of the legislature. Unlike teachers in the K-12 system, faculty raises do not rely exclusively on state salary schedules. They are dependent on a variety of factors, many of which the universities themselves control.

During the same period when faculty salaries were lagging, university spending on non-instructional items increased. 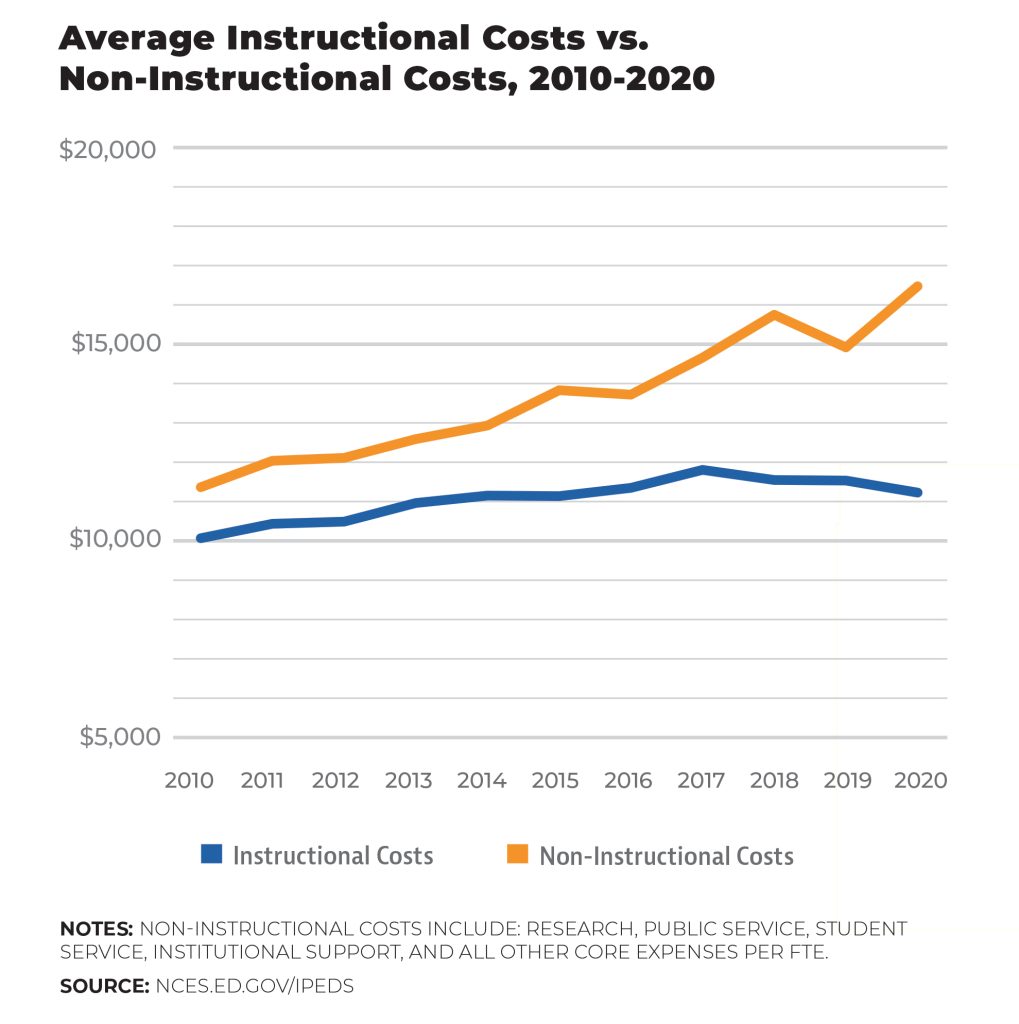 UNC System President Peter Hans defended UNC, saying that, “The university is stronger than it has ever been.” UNC-Chapel Hill’s Board of Trustees chairman agreed, saying, “Carolina continues to move forward in a positive direction.”

The UNC System, like any large public institution, faces many challenges—some of them financial. The Martin Center has often pointed to wasteful spending and inefficient practices at our colleges and universities. But the state of North Carolina, its citizens, taxpayers, and legislature have continued to provide generous support for the university system and all its institutions. By this measure, North Carolina is a leader in higher education.