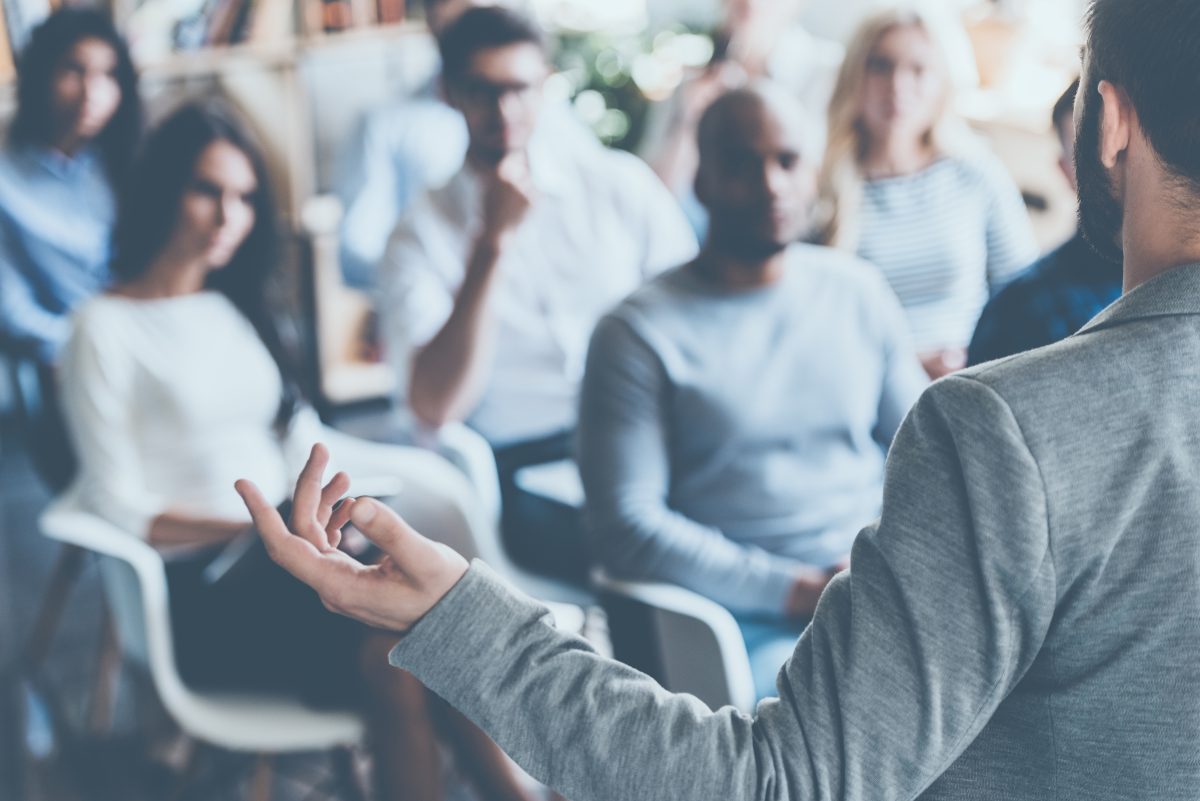 Editor’s note: This is part 1 of a two-part series of articles. Part 2 can be found here.

Does academic freedom protect faculty members who promote such activities as genocide, pedophilia, the murder of random innocents for political purposes, and slavery? While it is of paramount importance to ensure that an open intellectual dialogue occurs in our institutions of higher learning—necessary for such matters as the best way to order society—are the above sentiments so perverse that they are unworthy of the protection necessary to keep that dialogue alive and well?

If such opinions do not deserve protection—and it is hard to see how society gains from their expression—academia must do a better job of drawing clear and distinct lines beyond which faculty and staff may not go.

Academic freedom is an extremely complex and misunderstood concept. One problem is that it is often confused with the free speech rights of all citizens. The First Amendment prevents government entities from infringing on the right of citizens to express themselves; if academic freedom were equivalent, there would be almost no limits to the speech of faculty.

That is a false understanding, in important ways. First, even the First Amendment does not protect all forms of speech, such as “fighting words” and incitement to violently overthrow the government. And academic freedom is a condition of employment, not a right of citizenship. There are necessary and sensible limitations placed on professors’ speech, and courts have generally upheld them, whether the professors’ speech is in the classroom or “intramural comments” about the workplace.

One area where the lines remain somewhat blurry—or improperly defined—are the limitations—if any—on “extramural comments” about the world beyond the campus. There are two prevailing views on academic freedom concerning extramural comments, according to Liviu Andreescu, a professor of public policy at the University of Bucharest, in an article titled “Individual Academic Freedom and Aprofessional Acts.” A “restricted” view has been more common outside of the United States and Canada, he wrote, that limits the protection to “professional activities.”

It is hard to see how taxpayers are served by providing a platform for demagogues to indoctrinate impressionable young people to radical and self-damaging views.

The other is the “expansive” view that is prevalent in the United States. Faculty are given wide latitude to express themselves when speaking as individual scholars and not as representatives of their universities. Robert Berdahl, a former president of three major universities and of the Association of American Universities, defined the commonly held expansive view as “Academic freedom is that freedom of the individual scholar in his/her teaching and research to pursue truth wherever it seems to lead without fear of punishment or termination of employment for having offended some political, religious or social orthodoxy.”

In the literature of the American Association of University Professors (AAUP), the largest and most established faculty professional association, the only line faculty cannot cross if they wish to maintain their academic freedom protection is to demonstrate a lack of “fitness” to be a professor: “The controlling principle is that a faculty member’s expression of opinion as a citizen cannot constitute grounds for dismissal unless it clearly demonstrates the faculty member’s unfitness for his or her position.”

Which is well and good, except that “unfitness” is vaguely undefined—at least when it comes to speech. More often, a lack of fitness is spelled out in terms of misconduct rather than the expression of ideas. For instance, in the University of North Carolina system policy manual, reasons for deeming a professor unfit are listed as “violations of personal ethics, mistreatment of students or other employees, research misconduct, financial fraud, criminal or other illegal, inappropriate or unethical conduct,” along with “incompetence” and “neglect of duty.”

But that still leaves the question of whether extramural comments expressing ideas by a faculty can indicate a lack of fitness. Teaching at a college or university is a position of influence as well as one of scholarship—it must be remembered that the fitness under discussion determines whether one is fit to teach and influence the young. This is especially concerning today when a growing number of faculty members regard themselves as advocates for a cause first and scholars second. Such advocacy is a troubling development at public institutions that were created by states to serve the public; it is hard to see how taxpayers are served by providing a platform for demagogues to indoctrinate impressionable young people to radical and self-damaging views.

One important qualification of academic freedom is whether the extramural comments in question are applicable to the faculty member’s job performance. University of Wisconsin political scientist Donald Downs explained this concept in a 2009 Martin Center paper, in which he wrote that such comments as “astrology is more scientific that astronomy” made by a prospective astronomy or geology professor could “cast light upon a person’s fitness to be a member of a department.”

Of course, this stipulation means an exception can be carved out when the extramural comments have no direct bearing on a professor’s teaching. That is the case with Arthur Butz, a Northwestern University professor of electrical and computer engineering, who has argued extensively for Holocaust denial. Because he scrupulously sticks to scientific and technical subjects in his classroom teaching, and because he speaks as an individual and not as a representative of the school, Northwestern has not attempted to fire him. If he were teaching a 20th century history course, though, perhaps Northwestern’s treatment of him should differ.

Downs also reserved his comments about the lack of fitness to “when it comes to hiring decisions.” Downs’ view, the one commonly accepted in academia, is that schools can use extramural comments as a reason not to hire a candidate, as academic freedom protections are, again, a condition of employment and do not apply to non-employees. Existing faculty members, on the other hand, should not have to fear getting fired for extramural speech.

One situation in which extramural comments can be used against prospective faculty members is when university trustees review faculty appointments and either approve or reject them. Of course, the authority to reject a candidate is almost never exercised. One time that the trustees did step in and voted down a faculty appointment was at the University of Illinois at Urbana-Champaign in 2014. The American Indian studies department offered a job to Stephen Salaita, a tenured Virginia Tech professor. Just before the trustees voted to finalize his appointment, Salaita’s controversial “tweets” concerning the Middle East came to light. In one glaring example, after several Israeli teenagers were kidnapped in the West Bank and murdered, he tweeted “I wish all the fucking West Bank settlers would go missing.”

That tweet was not a scholarly argument for a policy position, but a desire for the slaughter of a civilian population, something reasonable people find ugly and contemptuous of universal humanity. Had Salaita written a scholarly argument for, say, even something as extreme as the return of all Israeli land to Palestinians, in a scholarly fashion, using verifiable evidence, and doing so without malice, that would not necessarily indicate a lack of fitness. But his tweets revealed that he has a temperament that has no place in an institution created to shape young minds. Salaita has a right to voice his opinions without fear of legal actions against him, but no right to be employed in a university and handed audiences of young people to influence.

Once job candidates become employees, however, academic freedom protections kick in. Downs wrote that “termination of someone with tenure or a contract presents a significantly higher hurdle in this context [extreme extramural comments] and is presumptively beyond the pale.”

The AAUP affirms this position. “Extramural utterances rarely bear upon the faculty member’s fitness for the position.” And even in those very rare instances, the AAUP urges restraint, suggesting that the offending scholar’s entire body of work be considered, rather than just a single comment.

But in today’s politically charged academia, with an aggressive radicalized faculty, this hands-off treatment fails to address real and serious problems that demand action. Professors today often reveal inclinations of a highly disturbing nature in their writing or public speech. Consider Allyn Walker, an Old Dominion sociology professor who wanted to “destigmatize” pedophilic desires. Walker insisted that her comments were only about “minor-attracted” people who do not act on their impulses, but that is a facile defense that deliberately ignores basic logic and human nature. When people have antisocial thoughts, and those thoughts are not discouraged, the progression from thought to action becomes much more likely. One can already avoid stigma for such thoughts—they can exert the self-control to not express them to others. But if such a person lacks the self-control to keep such thoughts to themselves, how likely are they to have the self-control not to act?

Almost all pedophiles start out as “minor-attracted” individuals who do not act on their desires—until they act. Taxpayers should not have to support such madness; there are other academics who are not mentally disturbed who could easily fill Walker’s position at a public university. (She was forced to resign in late 2021). And private universities, too, should have some recourse to remove faculty members with such disturbingly antisocial views.

The second part of this essay will further elaborate on the issue of fitness and attempt to come up with a workable definition for when faculty should lose their academic freedom protections.