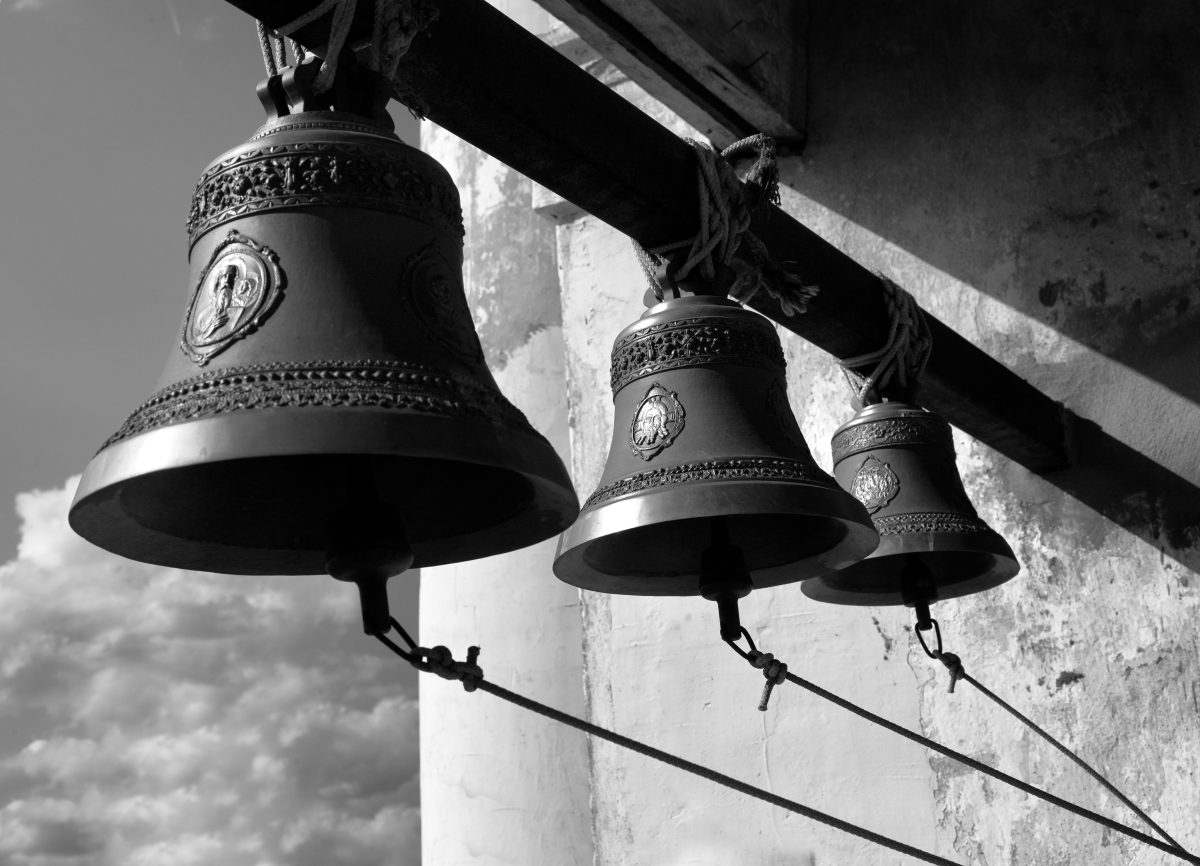 House Bill 4522—the “Cancelling Professor Tenure Act”—will end tenure for newly hired professors at South Carolina’s ten public institutions of higher education, including such well-known schools as the University of South Carolina, Clemson, and The Citadel. Faculty who have already been granted tenure or who have already been hired with the expectation of receiving tenure will have their current status “grandfathered” in, however.

Tenure is a condition of employment granting privileges to those who have obtained it. It is conferred by a consensus of one’s departmental colleagues, although it ordinarily requires the approval of trustees as well. Few other professions have such powerful job security protections. According to the American Association of University Professors—the main professional organization for college faculty—“a tenured appointment is an indefinite appointment that can be terminated only for cause or under extraordinary circumstances such as financial exigency and program discontinuation.” Its “principal purpose … is to safeguard academic freedom.”

Among other safeguards provided by tenure is the right for faculty to be given a hearing of their peers before they can be fired. And Carol Harrison, the president of the University of South Carolina chapter of the AAUP, told “The State” newspaper that “the point of tenure is to prevent political, corporate, or other interests from interfering in research or steering the curriculum.”

South Carolina would be the first state to eliminate tenure for new faculty at its public universities, although tenure’s presence on U.S. campuses has been diminishing for other reasons in the past few decades. (According to the Chronicle of Higher Education, the percentage of tenured faculty declined from 56.2 percent in 1993-4 to 45.1 percent in 2018-9.) Ending tenure for new faculty gives the state and the universities’ governing boards greater control over institutions that often seem to work against their mission to serve the public.

Naturally, faculty organizations are aghast at the thought of eliminating tenure. The AAUP quickly issued a condemnation of the bill, which claimed that the “misguided legislation would do irreparable damage to the South Carolina public university system by severely undermining academic freedom.” It would not only create “a dramatic chilling” of academic freedom, but also of “intellectual rigor” and “would certainly impact the state’s ability to attract scholars.”

“Without the protections of tenure,” the AAUP’s statement continued, “a professor of biology may fear being fired for teaching about evolution.”

Harrison added that removing tenure would create a climate of fear in which a “modern, innovative, research university” could not conduct its primary functions since faculty would be “constantly afraid they’ll lose their jobs because they run afoul of some special interest, some corporation, [or] some legislator.

She also suggested that such an environment “has the potential to devastate universities by driving away talented researchers, students, and grant dollars that fund topics like climate change, stem cell research, research that examines society, gender, race, and more.”

“Professors who lead their field in research could be the first to go,” she added, “as it will be easier for them to get jobs at other universities.”

But the AAUP’s claims should not be taken at face value, as happens too frequently in discussions of higher education policies. Its arguments for tenure as a necessary protection for academic freedom are actually weak and out-dated. The thought of a biology professor in the year 2022 fearing for her job for teaching about evolution is laughable. That argument for academic freedom may have made sense—in 1880, before the AAUP existed. Evolution has not been a controversial issue on public campuses for roughly a century. In fact, its religion-based opposing theory—“intelligent design”—is seldom even considered at all but a handful of colleges.

Today, the real threat to academic freedom is not intrusive corporations, dogmatic trustees, or backward legislators, as it may have been in the 19th century. The current danger comes from within the university itself—and often by the very people who are protected by tenure.

The AAUP claims that, because “public universities perform a vital service to society, they must be insulated from partisan political agendas and the whims of wealthy donors.” But who, pray tell, is protecting the state and its citizens from the whims and agendas of the public universities and their tenured faculty? For example, in the recent controversy at UNC-Chapel Hill about granting tenure to Nikole Hannah-Jones, the Hussman family that donated $25 million to the School of Journalism and Media did not have any intention other than to promote professional, objective journalism. It was Hannah-Jones herself—backed by various faculty organizations and administrators—who brought a virulent partisan politics into the mix. She is neither journalist nor scholar, but an activist who plays fast and loose with the facts if it serves her political ends.

And public colleges were created to serve the people, not provide a platform for independent scholars with no boundaries.

And tenure may now even detract from open discourse rather than defend it. In many departments, obtaining tenure requires submission to the current orthodoxy; to go against those in control of one’s fate is not usually a blueprint for advancement. At the very least, because tenure is essentially granted by faculty committees, it reinforces the prevailing consensus rather than introducing originality and heterodoxy.

The sad truth is that many unproven theories popular on campus are calcifying into a rigid left-wing orthodoxy that brooks no dissent. That orthodoxy needs to be challenged, not protected by such devices as tenure for its radical proponents.

Indeed, if anybody needs protection on campus, it is the impressionable students who are being taught wild conjectures as fact, such as that race and gender are social constructs, or that the religious myths of indigenous tribes are the equivalent of rigorously tested science, or that governments can print money endlessly without repercussions. And, without question, the great body of commonly accepted knowledge and highly probable theories produced in Western Civilization over many centuries needs protection from a Taliban-like agenda that is growing in some corners of academia to erase all culture that preceded the present moment.

Other arguments in favor of tenure are also unconvincing. Harrison’s claim above that a “modern, innovative, research university” could not conduct its primary functions since faculty would be “constantly afraid they’ll lose their jobs” is nonsensical hyperbole. Quite a few schools function without tenure, and if professors are constantly worried about being fired for expressing rational ideas, then the first thing to consider is their mental health. Such unjust suppression of ideas today is reserved for those on the right—and conservatives are such a minority on most campuses that their disappearance would not interrupt operations in the least (although they would be a great loss intellectually).

Or, perhaps, professors in such extreme fear for their jobs are actually making propositions that cannot be rationally defended and should indeed be removed from the classroom. Consider Allyn Walker, an Old Dominion University criminology professor who was recently forced to resign for suggesting it was time to  “destigmatize” pedophilia. Or George Ciccariello-Maher, a Drexel University political scientist who was pressured to resign after tweeting “All I want for Christmas is white genocide.” Even with tenure, there are limits to what a professor can say or do. The courts have consistently protected the right of institutions to control what is taught in the classroom. And public colleges were created to serve the people, not provide a platform for independent scholars with no boundaries. Even so, there are also strong legal protections for educators’ research and public statements, outside of the classroom. These legal protections did not exist at the time tenure became commonplace—but they do now. And they protect non-tenured faculty as well.

Another argument made above by the AAUP is removing tenure protections will negatively impact academic rigor. There is a valid case that can be made in support of that claim. Certainly, tenure would be a valuable protection for a professor who insists on maintaining high academic standards when administrators demand they ease up to improve retention rates—a frequent occurrence at some schools.

However, there are many more ways that tenure could inhibit the enforcement of academic standards and distort faculty incentives to make them more lax. It is just as likely that a professor would seek to curry favor with students by giving easy assignments and grades; in such cases, tenure works against rigor in the classroom by defending the easy grader. And obtaining tenure may make some professors less concerned with their teaching performance. Furthermore, the way to gain and keep tenure is often through research rather than teaching, which de-incentivizes excellence in education.

As far as attracting and keeping top scholars, is it really best to have a faculty composed of those for whom tenure is the decisive factor where they work? It may be better to attract those who prefer a competitive environment. South Carolina’s proposed policy change certainly represents an interesting experiment: will the loss of tenure for new faculty create an exodus of talent, as the AAUP claims? Or will it chase away those with misplaced priorities and thereby improve the campus climate? The smart money is on the latter; scholars with confidence in their own intellectual abilities are likely to remain, and those who are most likely to leave may simply be politicized malcontents.

The fate of House Bill 4522 is still to be discovered. But it has considerable support in a Republican-dominated legislature, with 23 co-sponsors. Other states are starting to dismantle tenure protections in their university systems, such as Iowa, Wisconsin, and most recently, Georgia.

Given the contentious relationship that the state of North Carolina has had with some of its public universities over the past decade or two, it may be time to consider a similar policy reform for the University of North Carolina system. Tenure is an idea whose time has passed; academia has responded to the need to protect academic freedom through policies and contracts, the legal system has also advanced in that regard with a large body of court decisions, and there are new concerns that need new solutions for which tenure is a barrier, not an aid.