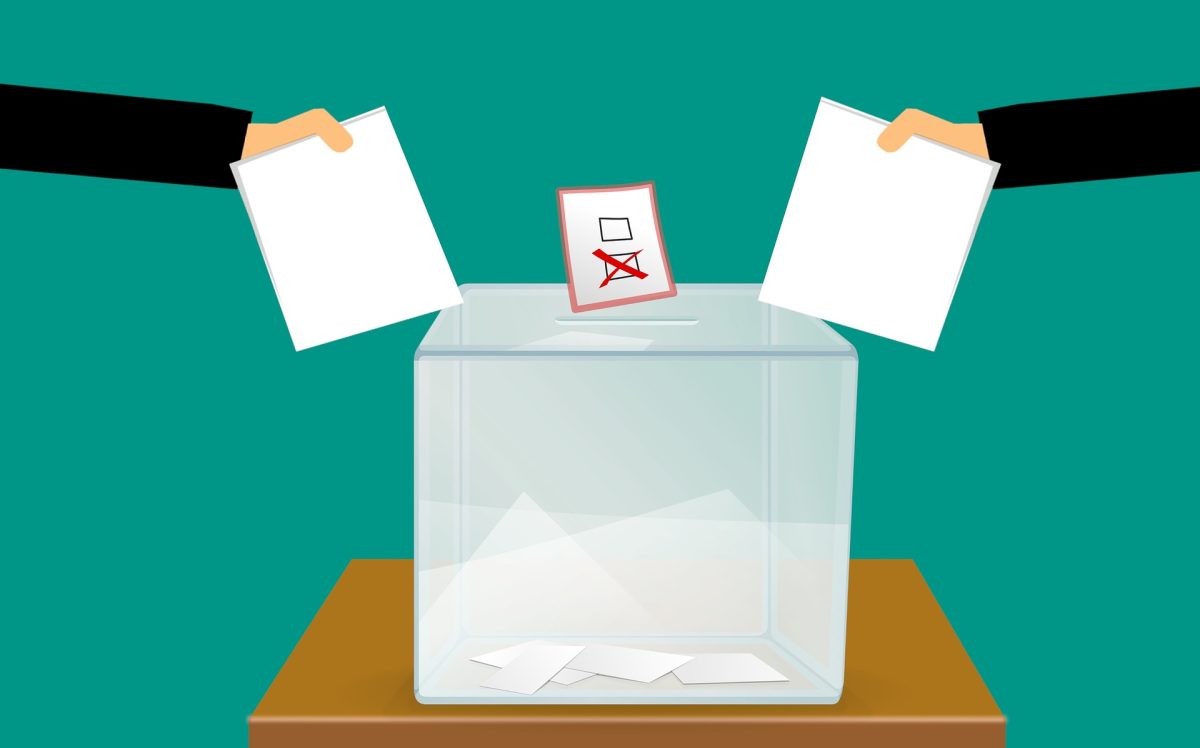 Nearly 70 percent of likely North Carolina voters said they would support an amendment “to prohibit the State and its political subdivisions from discriminating or granting preferential treatment on the basis of race, sex, color, ethnicity, or national origin in public employment, public education, or public contracting.” 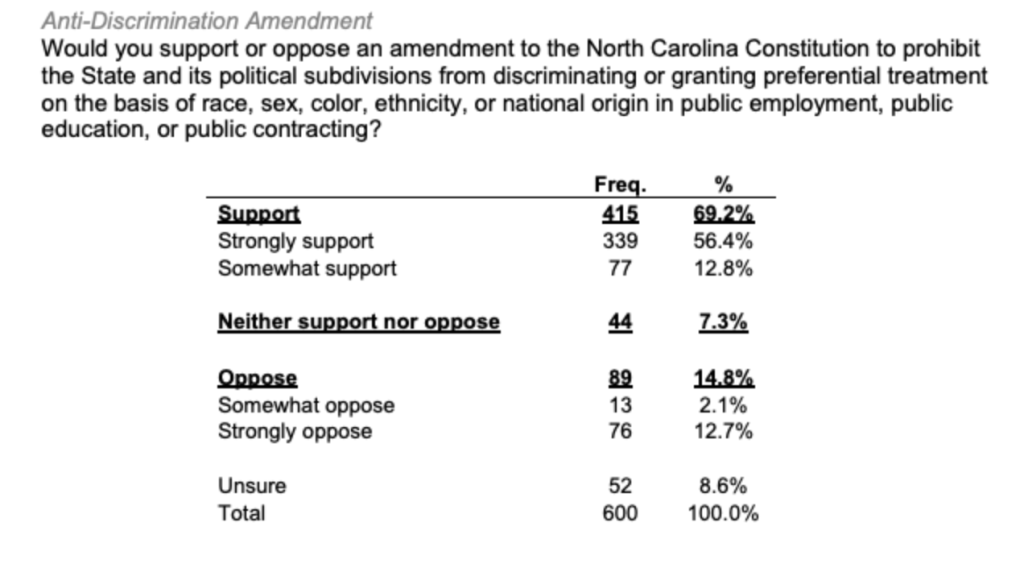 The question was part of a larger survey conducted by Cygnal, a national public opinion and predictive analytics firm. The survey was conducted from November 12 through 14, 2021, with 600 likely general election voters. According to Cygnal, the survey “has a margin of error of ±4.00%. Known registered voters were interviewed via live phones, SMS, and email invitation. The survey was weighted to a likely general election voter universe.”

The amendment is popular with voters regardless of their race and ethnicity. The survey revealed that 69.5 percent of white voters, 100 percent of Asian voters, 71.9 percent of black, and 68.6 percent of Hispanic voters support the amendments. Of voters who reported their race as “Other,” 54 percent supported the amendment. You can read more about race preferences in college admissions here.