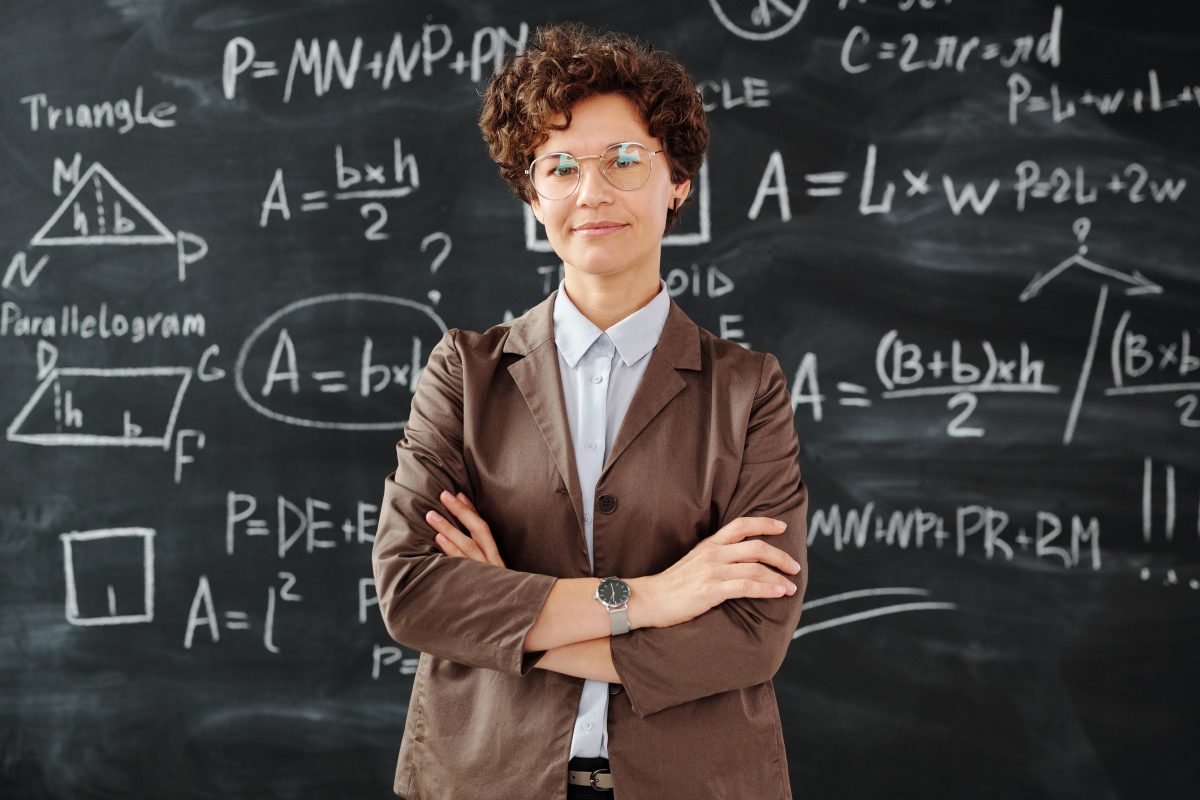 This essay is based on a talk given by Professor Munger at a Martin Center luncheon on July 15, 2021.

What is academic freedom, and who has it? The question is raised by the recent controversy sparked by a process that is usually boring and bureaucratic: an academic tenure case. Nikole Hannah-Jones, Hussman School of Journalism; she is an alumna, graduating with an M.A. in Journalism nearly 20 years ago.

Many have offered arguments against her candidacy, and the 1619 Project she has co-founded, on the merits. I was not privy to the materials in the dossier, so I have no view on the individual case. But the case raises some larger questions, about the obligations and responsibilities of non-faculty political appointees governing universities.

UNC was trying to process the appointment—the Knight Chair for Race and Investigative Journalism—in time for a start date in Fall 2021. But the hastily compiled dossier lacked information on undergrad teaching experience and academic publications that some members of the Board of Trustees wanted. Chuck Duckett, who chairs the Board subcommittee that processes tenure cases, postponed the final vote until the additional information could be obtained. BOT Chair Richard Stevens put it succinctly:

In his communication to the provost, trustee Duckett asked questions regarding the tenure candidacy of Nikole Hannah-Jones and suggested more time and postponed the review to consider those questions.

Because of the time pressure, the UNC Provost made a sensible decision, changing the offer to a five-year fixed-term appointment with the option for reappointment. There was no vote on the tenure case, because the dossier was incomplete. This is quite a common occurrence, at every level of the tenure process. It cannot be hurried, and it is frustrating for the candidate. My own tenure process, at Duke, took 18 months, and I could never get any answers about why it took so long. It turned out that it was “sent up” three times, and then returned twice because “the file is incomplete.”

Unfortunately, the combination of events that—viewed dispassionately —could be explained as well within the normal boundaries of bureaucratic process resulted in inflammatory mischaracterizations. According to most sources, including the once-reliable New York Times, Ms. Hannah-Jones had been “denied tenure.” That’s simply not true. If her supporters had resubmitted the file, she might have been voted up. We’ll never know.

But let’s put those details to one side. The interesting question is whether a political board composed of nonacademics should be empowered to evaluate faculty proposals on hiring and curriculum in the first place. Interestingly, professor Henry Manne gave a speech on this subject at the Foundation for Economic Education in 1971. Manne said:

There is no longer any way for trustees to keep faculty members “in line.” There is not even a “line” for trustees as such at all. Their interest in serving has become only the weaker need of community status or prestige. Instead of being directed by trustees, the modern private university has become “democratized,” with an almost total loss of trustees’ control over the three principal ingredients of university policy—student admissions, faculty hiring, and curriculum.

One of the core beliefs of the modern academy is the necessity of “faculty governance.” This view would hold that outside “political” interference is (1) morally offensive, and (2) prudentially mistaken.

The claim is that the best universities are those governed entirely by the faculty; more importantly, these elite units are best precisely because they are so governed. There is an irony here: the same faculty who advocate the strictest, most coercive political control of the private lives of citizens are indignant defenders of the right of faculty to enjoy the “academic freedom” to spend taxpayer money without oversight.

The difference between the generic problem of control of non-profit management, and the particular problem of managing institutions of higher learning (IHLs), lies in the problem of managing expertise and initiative. Modern academics focus on research; we call the most prestigious IHLs “research universities.” To judge research in a narrow field, one must be an expert in that field. But trustees are for the most part people who managed organizations, or made things, rather than study academic publications. The result is the kind of information asymmetry that led William Niskanen to conclude that Congressional oversight of federal bureaucracies was a “stylized farce.” The only job oversight committees could accomplish, in Niskanen’s view, was to help ensure that the maximum politically feasible budget was passed, for each bureaucracy.

The oversight of standard technocracies by Congress may not be a useful analogy. No one defends unelected federal bureaucrats as having “bureaucratic freedom;” their job is to follow the rules and enforce the law. IHLs are different, so much so that “academic freedom” and “faculty governance” are stand-alone norms. You can’t tell a bureaucrat, “Go discover something,” but that scope for creativity is the foundation of the global American excellence in IHLs. We must be doing something right, given that university education is one of the key “exports” of the U.S. economy, with tens of thousands of foreign students competing for the privilege of paying $250,000 or more for a degree.

But the notion of academic freedom as a founding principle of American IHLs is either a myth or (at best) an exaggeration. Hofstadter (1955) wrote a magisterial history of academic freedom and the governance of IHLs, the details of which are surprising to modern eyes. The idea that faculty should be free to teach what they thought best was heresy until around 1850, since most private universities were associated with a specific religious denomination.

Hofstadter described an 1856 incident that is highly instructive.  A UNC—yes, just like Ms. Hannah-Jones—chemistry professor, Benjamin Hedrick, was asked by a student who he favored in the upcoming U.S. presidential election. Hedrick said he would likely vote for John C. Fremont, a Republican who opposed the admission of new slave territories. As Hofstadter put:

Colleges were often chronically so near disaster that presidents or professors felt a moral obligation to resign when they became unpopular lest they bring upon their school its death blow. What is most interesting, in comparison with the modern professoriate, is the absence of the feeling that their professional competence gave them any right to cling to their jobs. The general feeling seems to have been that strong criticism obliged them to resign. A man like Benjamin Hedrick was thought to be exceptionally willful and stubborn because he refused to resign his post at the University of North Carolina under pressure, and forced the trustees to fire him.

But there was a revolution in the offing. In the decade following the end of the Civil War, this primacy of the IHL, and the administration of the trustees, had largely been reversed. Hofstadter quotes President P.A. Chadbourne, in an address at Williams College in 1873: “Professors are sometimes spoken of as working for the college. They are the college.”

The difference between the treatment of Hedrick, who was expected to resign rather than embarrass UNC, is thus usefully juxtaposed with the current case. Supporters of Hannah-Jones expect that the trustees will now resign, rather than further embarrass UNC. How did that happen?

Henry Manne’s lecture from 50 years ago detailed how IHLs had originally needed the “trust” form of organization, where donors had specific religious goals, or secular purposes such as establishing schools of medicine or sources for high school teachers. Manne points out that an active board of “trustees” is necessary for attracting donors and supporters, whether the source of the funds is private charity or budget expenditures funded by taxes. Before independent endowments, and tuitions high enough to pay a substantial portion of the costs of education, the intent and goals of funders was the primary, and in many cases the sole, reason for the existence of the IHL and the jobs of the professors.

In the modern IHL, according to Manne, the

… notion of ‘academic freedom’ has given the faculty effective power over subject matter in the university and over its curriculum. Especially in very technical fields, this was said to have represented merely the trustees’ deferring to the expertise of the faculty…. The last sporadic fights for the vestiges of control left in the hands of trustees are now being waged. These disruptions may frequently result in great losses of time, or embarrassment, or unfavorable publicity…”

In Manne’s view, the main job of the trustees—perhaps the only job with which they are still “trusted”—is fund-raising, “keeping the flow of money coming.” This has had a knock-on effect on the nature of the IHL’s top administration: the trustee will choose a president who understands that his or her job is to carry out the only remaining actionable goal of the trustees.

Manne claimed there are three possible structures for governing IHLs: a free market provision, a dictatorship of the trustees through a president, and a cooperative partnership organized through faculty governance. The problem is that faculty governance, in most IHLs, is charged with deciding on hiring and the curriculum. But the faculty gain nothing from improvements, and they lose nothing from mistakes, since costs are being paid by the endowment, and by the diligent and selfless efforts of the trustees and the president.

Since neither quality nor expense is a direct concern, the kind of faculty who survive and prosper in this “cooperative/collectivist” system will be those who “inherently favor collectivist, statist, nonmarket attitudes.”  Manne speculates about a reform that might give faculty ownership “shares” in the university, to align incentives better—faculty would pay some cost for failure, reap some reward for success, and there would be a reason to solve collective action problems by empowering the president or trustees to take action.

There remains the third alternative. The “dictatorship of the trustees” model has had some success. [Manuel] Ayau discussed the philosophy of Guatemala’s Francisco Marroquin University. The key factor was that there was no “conflict of interest” on the part of the faculty.

The Board [of Trustees] is involved in what’s being taught. And it is very much involved in checking the performance of the professors…We have a philosophy—and this will shock many academicians—that the university exists in the exercise of the academic freedom [pause] of the trustees, and the university hires the professors that agree with our views, and that we respect the freedom of professors to teach otherwise, and to teach contrary to what we believe [pause] elsewhere.

Suppose, for the sake of argument, that I would have voted “no” in a faculty meeting on Ms. Hannah-Jones. Even in that case, I still would object to the Board of Trustees vetoing the faculty decision, because the genie of political interference is not easily put back in its bottle, once it is released.

In the case of the UNC-Chapel Hill Board of Trustees, members might decide that the Journalism School is no longer serving the citizens of the state of North Carolina. But short of eliminating the unit, the decisions of faculty in the unit about conducting their own affairs must be accepted.

Michael C. Munger is a professor of political science at Duke University and director of the Philosophy, Politics, and Economics Program.