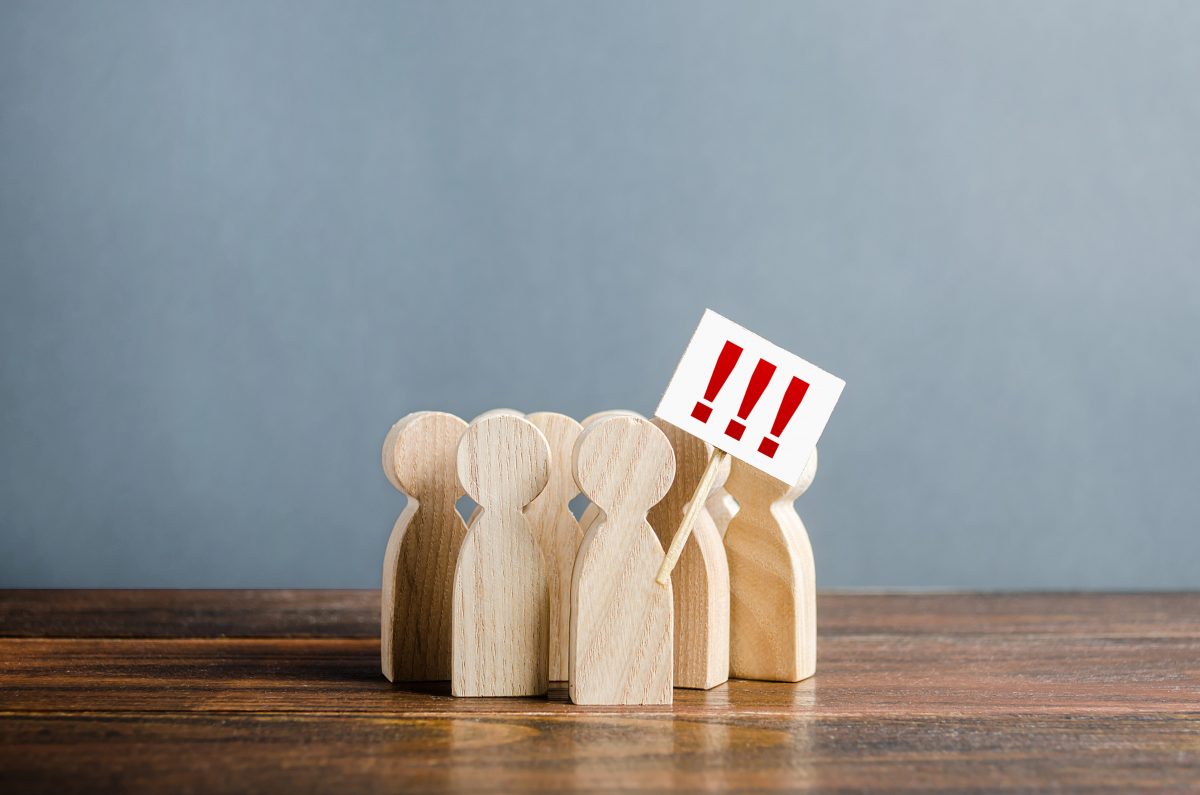 At Davidson College, the frog finally realized that it’s being slowly cooked alive.

As the theory goes, if you put a frog into boiling water, it will immediately jump out, but if you put it in lukewarm water and gradually raise the heat, it will not realize what is happening until it’s too late. The parable is often used to describe a social phenomenon by which an initially unpopular agenda can be made successful through gradual and subtle manipulation of opinions and language, without the populace being aware of what is happening.

It appears that the Davidson College administration cranked up the heat a little too fast on their radical agenda early this year, alarming some formerly complacent alumni. And, after a long slow erosion of tradition at the prestigious private college outside Charlotte, those alumni are starting to fight back.

Like many colleges, Davidson has been moving left politically for several decades. But unlike many other schools with Christian roots, it has clung steadfastly to its Presbyterian origins.

Until recently. In January of this year, the trustees—spurred by the administration—voted to amend the governing by-laws by removing two requirements. (Davidson’s board is almost entirely self-perpetuating; such boards tend to function as extensions of their administrations rather than as independent authorities). One of the dropped requirements was that the school president had to be a practicing Christian. The other was that 80 percent of the board of trustees had to be members of a Christian church. (A requirement that 25 percent of the board be members of a Presbyterian church remains).

These changes are drastic: the governance structure of the school no longer has to be pro-Christian, but can instead be assertively non-Christian.

In May, eleven prominent former members of the Davidson board of trustees crafted a letter explaining the situation to alumni and suggesting that recipients contact the school’s president Carol Quillen and Board of Trustees chair Alison Mauze to speak their minds about the bylaw changes. Among the eleven were former North Carolina governor Jim Martin, who not only graduated from Davidson but returned later to teach chemistry, and U.S. congressman Greg Murphy.  The “Group of 11” expressed as much concern about the process by which the bylaw changes were made as about the changes themselves—arguing that they were pushed through the Board in an irregular manner that subverted real open debate on change in a fundamental school principle.

The administration’s reaction was not to address the merits of the letter, but, as reported in the Charlotte Observer on May 25, to attack the letter signatories because they had dared to contact alumni en masse. School officials made accusations that the Group of 11 improperly used the Davidson College Alumni Directory 2018, which contains names and email addresses of some 19,000 graduates. In fact, alumni had been actively solicited to provide their information for the Directory; the College marketed it heavily and sold it at a price exceeding $100; and the Directory was promoted by the Davidson Alumni Office as a tool for alumni/ae communicating with each other.  But when the rubber hit the road, Marya Howell, the director of alumni and family engagement, and Eileen Keeley, the vice president for college relations issued this statement:

We do not authorize the use of directory information for the purpose of mass emails, and the first pages of the printed directory included that prohibition. We are addressing that issue and have informed the group that they are in violation.

The suggestion that alumni cannot contact each other outside of official channels even though the college had sold them a full printed email list roiled other alumni, with one responding to Howell and Keeley:

Are you saying that if I were to use it [email list] to send emails to fellow alumnus/alumna regarding concerns that I had involving administration or B.O.T. actions or decisions or anything of concern to me involving my alma mater, you would consider that to be prohibited use? … neither I nor any group of alumni need the college’s permission to use our directories, or any other source of addresses, to send a message of concern… It is the Davidson community, is it not?

The dispute between the College and the Group of 11 over the use of the Directory appears to remain unresolved but has quieted down.

However, another group of alumni calling themselves “Davidsonians for Freedom of Thought and Discourse” (DFTD) was also outraged—at the way in which the by-law changes were brought about, at the treatment of the other dissident group, at the increasing lack of ideological balance on campus, and most importantly, at serious threats to free speech and open debate at the college.  This group has been around since 2018, when they wrote to President Quillen stating their concerns and requesting that the college adopt the Chicago Principles of Free Expression—the gold standard for guaranteeing academic free speech. In addition, DTFD suggested that:

Since then, DFTD has grown organically, through contacting friends and using social networking, to create a substantial mailing list. In early July 2021, they disseminated the 2018 letter, with an update, to approximately 1,500 alumni. John Craig, one of the group’s founders, said that they have received more than 150 positive responses, with favorable responses outnumbering unfavorable more than two to one. Most importantly the number of signatories to the petition in favor of the Chicago Principles has grown to 160, with alumni across all generations well-represented, including, tellingly, graduates since 2010. The responses included:

I strongly concur with the observations of your group. I have annually supported Davidson financially for quite some time, but I have decided to cease giving because of the decision to stray from its roots …

Please add my name to the petition and let me know if there is anything I can do to help. Sad to see how far things have slid since I graduated …

I have spoken with and met with the administration many times over the years, including with Carol [Quillen] … and believe that no change of direction is even possible with the current administration. Not only is my voice not heard but is [deemed] unworthy of consideration. Our money is, somehow, acceptable, but our values and beliefs are not.

These responses get to the heart of the problem: the Davidson administration is hell-bent on aggressively dismantling the school’s heritage and value system, and as a result, it is completely at odds with many of the college’s traditions and graduates. And, since it holds those alumni who are not in synch with the new program in contempt, it dismisses their concerns without addressing them.

In an email sent to John Craig shortly after the eleven former trustees sent their letter to alumni, Quillen wrote that, “These passionate disagreements on important issues can make some folks reluctant to see the common ground. And yet, the common ground is there.” She does not, however, explain what that common ground is. Nor is that common ground readily apparent. She simply declared that it exists—and pressed on with her agenda, with the concerns of her critics buried beneath a falsely assumed consensus.

In the same exchange with Craig, Quillen wrote that “change, even at a college grounded in a tradition “reformed and always reforming,’ is hard.” That may be why she and her allies on the board of trustees employed what some former trustees regard as a secretive and closed process when seeking to change the bylaws regarding the Christian affiliation of school officials in 2020-21. A previous attempt to change the same bylaws in 2012-13 failed—shortly after Quillen became the school’s president—largely because the trustees actively sought the opinions of alumni and other stakeholders before arriving at a decision. The initiative to change the bylaws was so unpopular the matter was dropped.

This time, it appears as though the administration was leaving nothing to chance. The bylaw changes were presented to the college community at large only through carefully orchestrated consultation and other such evasive methods.

But the Davidsonians for Freedom of Thought and Discourse seems to be organizing for the long haul in the struggle for free expression and ideological balance at the college. And the recent emergence of two dissident groups at Davidson—one of them a powerful group of former trustees—coincides with what is going on at other colleges and universities across the country: resistance to free speech infringements and far-left political and ideological agenda is gaining traction. Such developments have occurred at Princeton University, the University of Virginia, and at Washington and Lee University

This trend offers hope that that the dissident Davidson alumni’s frustration may translate into an effective long-term counter-movement to Quillen’s “wokification” of Davidson College.  Consider that, before 2018, there was no organized resistance to the Davidson administration. In 2018, 18 alumni signed a single letter. In 2021, a total of 37 individuals signed two group letters, and the number of alumni signing the DTFD’s latest Chicago Principles petition has climbed to 160, with more adding their names daily.  Large donations are being pulled back as well.

Awareness that higher education has gone down the wrong track is growing rapidly among the once-complacent general public—and key stakeholders such as alumni are finally pushing back. At least at Davidson College, perhaps, the frog may have a fighting chance to escape.