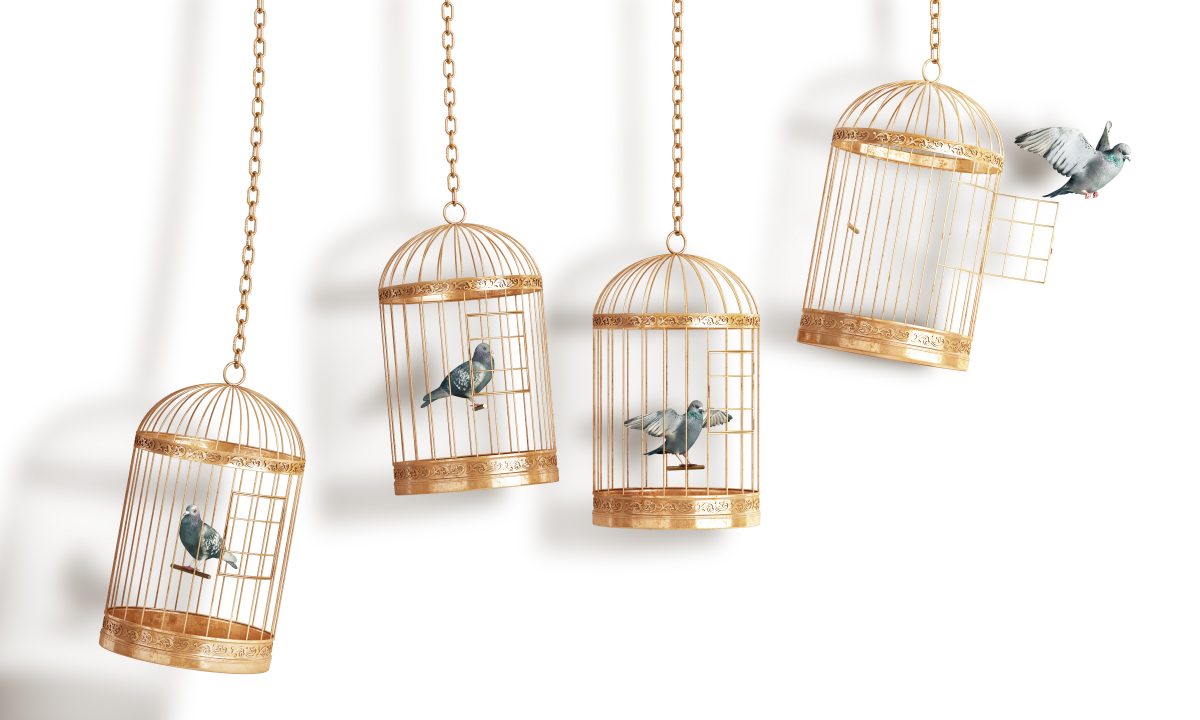 Colleges and universities used to proclaim that their mission was to give students a broad education that would expand their intellectual vistas—one that would open their minds. Most still say that, but the sad truth is that what passes for higher education these days often does the opposite.

Many professors and some whole academic fields instill in students the habits of mind that betoken fundamentalism rather than free inquiry. They want students to conform to their views and rebuke them for disagreeing or even asking the wrong questions.

The growing problem of fundamentalist thinking is the focus of Minds Wide Shut: How the New Fundamentalisms Divide Us by Gary Saul Morson and Morton Schapiro. The authors are, respectively, a professor of arts and humanities at Northwestern University and the president of that university.

In their book, they write that the nation’s peace and progress is endangered by an atavistic mindset in which people base their beliefs on some inerrant text (sacred or secular) that purports to answer all questions. Because that text cannot be wrong, those who follow it see all evidence as confirming their belief system and regard anyone who disagrees as foolish or evil.

Fundamentalists, the authors write, don’t engage in rational argument, which entails weighing other points of view and objectively considering evidence, but instead assert what they insist are truths. There is nothing to be gained by trying to argue with fundamentalists, but doing so might be dangerous, as they’re often intolerant of dissent.

All right, but what does that have to do with higher education, where minds are broadened and people seek truth?

Morson and Schapiro are unhappy to report that fundamentalist habits of mind have invaded our colleges. Bear in mind that they are at one of America’s elite, extremely selective universities.

In our classes, we have seen students who adopt fundamentalist ways of thinking almost by default: not as a choice, but because they imagine that is just what thinking is. These students seem genuinely surprised that there are situations where one cannot find a uniquely correct answer, where one needs to make choices under uncertainty, and where those who recommend a different course of action might turn out to be right.

So, sharp students are entering Northwestern (and other colleges, of course) with such rock-solid convictions that they won’t consider alternative points of view. They believe that all thinking entails is to assert their beliefs and dismiss any opposition. That isn’t good. But instead of breaking them of those bad mental habits, college education is apt to reinforce them.

In the academic world, the authors state, the fundamentalism that is most often encountered is of a negative kind, where the possibility of knowledge is ridiculed and those who claim to have any are treated with disdain. “There is such a thing as missionary nihilism and the humanities have seen it,” the authors lament. They’re right and that helps to explain why enrollments in the humanities have been falling for years.

Morson and Schapiro deliver a particularly sharp indictment of literature professors who delight in the tearing down of great books, denying that they have any real importance. For them, the very notion of “great literature” is an antique they associate with hidebound traditionalists—the sort of people “who regard literary value as objective reality, rather than a play of ever-changing power interests.”

One of the guilty parties here is Barbara Herrnstein Smith, who maintains that works of literature don’t have any worth beyond the value of the paper and ink that go into printing them. In her view, there is actually no such thing as art. When people speak of it, they merely refer to “that which is called ‘art’ in the indicated discourses.”

Then, there are the “New Critics” who declare that “authorship” is meaningless. Morson and Schapiro quote Roland Barthes, who states that a writer just assembles “a tissue of quotations from the innumerable centers of culture” and therefore is “never original.” To many current scholars and professors, novels are nothing more than tools deployed by ideological forces. In the discipline of “cultural studies,” investigators “focus on art or literature insofar as such works connect with broader social factors, not because they possess some intrinsic interest or special aesthetic values.”

In the same vein, Morson and Schapiro clash with Professor Stanley Fish, who argues that free speech is nothing more than “the name we give to verbal behavior that serves the substantive agendas we wish to advance.” It is “not an independent value, but a political prize.”

Such “missionary nihilism” as they term it abounds in higher education. It doesn’t open minds, but closes them.

The authors could have strengthened their book if they had extended their argument on the malign effects of fundamentalism in higher education. They might have pointed out that colleges are complicit in reinforcing the latent fundamentalism of students in several ways other than wild academic theories.

For example, the mania for speech controls (both codes and the nebulous “bias incident reporting systems”) teaches students to strike back at people whose beliefs and statements they find offensive, rather than listening to them and engaging in discussion. If college officials want to counteract fundamentalism, they should dismantle all of those mechanisms that are used to stop discussion.

Also, they should comb out of the curriculum all courses that are meant to instill a particular point of view in students rather than teaching a body of knowledge. That would include courses on “diversity,” most if not all of the various “studies” courses that are geared toward creating grievances, and the academically underground “residence life” programs that attempt to shove “progressive” ideology down students’ throats.

Furthermore, think about the point Morson and Schapiro make about students who enter college with fundamentalist mindsets. We need to deal with that problem, which stems mainly from K-12 schooling that increasingly emphasizes political ideology (e.g., climate alarmism and critical race theory) that students are supposed to accept, never question.

Finally, the book contains one glaring error. Among the divisive “new fundamentalisms” the authors indict is what they call “market fundamentalism.” By that, they refer to economists who allegedly base their conclusions purely on economic laws without actually looking at evidence.

That part of the book (which is considerable) is laughably weak. Instead of showing instances where economists who oppose government intervention have argued purely on the basis of economic laws (or from supposedly sacred text such as The Wealth of Nations), all Morson and Schapiro do is to quote two advocates of massive government economic intervention (George Soros and Joseph Stiglitz) who assert that their opponents are fundamentalists.

That’s the academic equivalent of relying on hearsay evidence in a trial. Morson and Schapiro never show that “market fundamentalism” actually exists, much less that it’s a divisive force.

I know of no serious economist whose case for minimal government is “fundamentalist” in nature. Nor do they respond in a fundamentalist manner when their viewpoints are questioned; they respond with counter-arguments, not with haughty references to inerrant texts or with ad hominem attacks. The authors have wasted a lot of pages pounding on a strawman.

Worse still, telling readers that arguments against minimum wage laws, for example, needn’t be taken seriously because they’re rooted in “market fundamentalism” is to encourage exactly what the authors say they are against—refusing to reason with people with whom you disagree.

There certainly are many good insights in Minds Wide Shut. It’s too bad that the book didn’t go further in exploring the ways our education system is instilling fundamentalist thinking in students and is marred by the claim that a mythical “market fundamentalism” is to blame for dividing America.