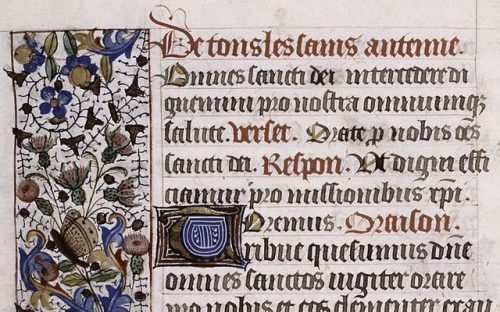 In her fine opinion piece for the Martin Center, Megan Zogby bemoans the “Quixotic” requirement that North Carolina college and university students take between two and four courses in a language such as Spanish, French, or German. This requirement, Zogby asserts, “appears to have no meaningful effect on the language proficiency of college graduates.” What is more, the coursework “adds to [students’] tuition bill, but doesn’t teach them a new skill for their careers.”

Anyone who has struggled through Spanish 102, only to find it difficult to impossible to ask for directions to the restroom in a Latin American restaurant, can empathize with Zogby’s points. Why, she concludes, might colleges and universities not “admit the time has come for a change?”

I agree. Higher education institutions should roll back the requirements that students study a modern foreign language. In fact, they should roll their requirements all the way back to an original language of university instruction: Latin.

“But Latin is a dead language,” you may be thinking. “Nobody even speaks it anymore. Why should anyone have to pay to study a dead language for one or even two years?”

Again, I agree, in part. If I were the “decider,” I would require more than two years of Latin, beginning far sooner than postsecondary education. College may be too late for any but the most gifted or dedicated to acquire spoken or written fluency in a language.

Spoken fluency is hardly the point with a dead language, however, and college is definitely not too late for a student to gain the many other benefits that come from even beginning to study Latin.

While the English language is a notorious borrower from many of the languages encountered by the British Empire and American military forces, Latin has exerted, by far, the largest external influence on it. According to Dictionary.com, “About 80 percent of the entries in any English dictionary are borrowed, mainly from Latin.”

Consider, for example, a few days’ worth of articles from Inside Higher Ed. Discussions of academic freedom and responsibility, what to call Jill Biden (that’s “Dr. Biden” to me and you, according to author Matt Reed), and even long-dead polymath Robert Eisler appeared between December 11 and 16. Those articles contained explanations of the Latin origins for “abjure” and “doctor,” along with a discussion of homo homini lupus, Latin for “man is wolf to man.” The Eisler article even tosses in—without explanation—sui generis, which author Scott McLemee ascribes to the lingua franca of his readers.

You don’t have to be an academic to use Latin every day, as any beginning Latin student learns. A simple Latin sentence, discipulus sum (“I am a student”), immediately teaches the learner the connection between the words “student” and “disciple” That is for openers.

Latin’s immediate applications for students in North Carolina and elsewhere jump from vocabulary to grammar. If you’ve studied Latin at all, you know that Latin nouns take declensions, with, as a University of Texas linguistics website explains, the forms consisting of nominative, accusative, genitive, dative, ablative, and sometimes vocative.

These words may seem obscure to those who have never studied Latin, but consider this scenario. Ask a typical freshman to explain the differences among an indirect object, a possessive noun, and the object of a preposition, and you are likely to receive a sputtered bunch of nonsense. English speakers hardly need to know these distinctions outside the classroom unless and until they make a potentially embarrassing error in public.

After even a successful Latin 101 course, however, a learner understands everything I have just discussed. The reason is simple: You literally cannot form the noun discipulus in a Latin sentence if you don’t know whether it is used as a subject, a possessive, or a particular type of object. Latin grammar is not abstract; rather, it is essential to putting words together.

The advantages of studying Latin extend beyond a larger English vocabulary and better grammar. If you engaged in any preparation at all for the verbal portion of the SAT, you probably studied Latin prefixes, suffixes, and roots. Scholars have long and frequently noted that those who study Latin tend to outperform on SAT verbal scores (as well as GPAs).

The same extends, of course, to the GRE, the required exam for many graduate school programs. Other college students who go on to medical or law school will quickly learn that from medulla oblongata to stare decisis, their professional vocabularies will derive from Latin.

The advantages of studying Latin extend beyond a larger English vocabulary and better grammar.

I had an opportunity to test my understanding of Latin’s usefulness during my senior year of college. Although I had already met my language requirement by studying Spanish, I opted for an accelerated year of Latin because I expected my GRE verbal score to rise as a result. Whether I am engaging in the post hoc ergo proper hoc fallacy I cannot definitively say, but I can report that my GRE verbal score was 70 points higher than my best SAT verbal score had been. Four years as an English major probably had something to do with that increase, but Latin definitely did not hurt.

Understand, please, that I have no objection to an individual learning French, Italian, Portuguese, Romanian, or Spanish. My comment above on studying Spanish only hints at a lifetime as a lover of the Spanish language, Spanish culture, and Spanish food. I still drool recalling the roasted chicken and real cider at Casa Mingo in Madrid.

You probably know, even if you have not recently considered the fact, that these are called the Romance languages because of their link, through Latin, to the Rome of the Caesars and their successors. Any amount of Latin instruction will make learning any of these languages easier.

Most students who undertake higher education have no intention of entering law school, medical school, or graduate school. Untold numbers of them will spend their careers in any number of business pursuits.

Latin is hardly wasted, however, on the former marketing or management majors we all encounter. They, too, reap the benefits of a larger vocabulary, a keener understanding of grammar, and insight into the logic that drives Latin sentence construction.

For years now, I have told anyone who will listen that if we truly want to raise test scores and educate our students better, we could adopt Latin as a required part of the secondary curriculum. Unfortunately, corporations and education departments cannot monetize that suggestion or use it to obtain large grants.

The lack of immediate financial incentives is hardly a reason for college administrators, boards of regents, and state legislatures not to take a serious look at restoring Latin in the higher education curriculum. The potential (I would say likely) benefits far outweigh the minuscule costs to train and set loose a few talented Latin majors.

At times, I do feel like Don Quixote tilting at windmills in my advocacy for Latin instruction. Our general educational problems, however, really are giants, and fighting them is a worthwhile endeavor.

Then, too, a student who has studied Latin is not only likely to catch Zogby’s reference to Quixote but also will have the background to begin to study the Cervantes classic in Spanish.

Lee Brewer Jones is a Professor of English at Georgia State University, where he has taught since 1992. His research interests include contemporary American drama and the pedagogy of composition. Lee is the co-author of Longman textbooks A World of Writing and College Writing: Keeping It Real, and he is a passionate advocate for academic freedom and mental health.

A Modest Proposal for Fixing the College Modern Language Requirement

Mental Health and the Professoriate During the Pandemic