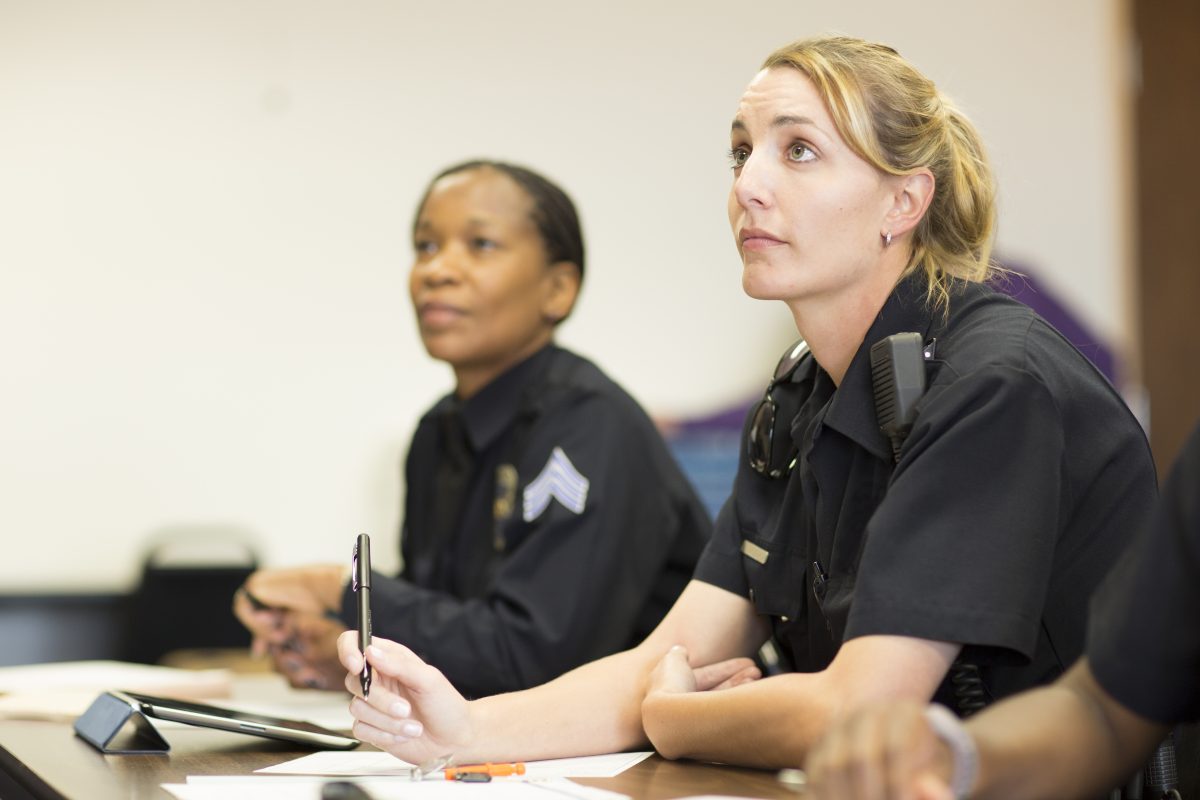 In the wake of George Floyd’s death, a number of colleges have cut back their interactions with local police departments and are redesigning their law enforcement programs.

The University of Minnesota (UM) was one of the first to accede to faculty and student demands to cut ties with local police. The university scaled back its contract with the Minneapolis Police Department (MPD) to provide officers at events and limited its reliance on MPD’s specialized services. The university’s Department of Public Safety was ordered to limit university police officers’ interactions with the city department.

UM is one of more than 90 percent of public colleges that employ their own police departments. Thus, it is unclear what such actions accomplish beyond complicating investigations of off-campus crimes against students or faculty and adding to the paychecks of campus officers who will be assigned to events without assistance from local police.

Focusing on education, colleges, particularly community colleges, are reacting to demands they change their law enforcement degree and certificate programs to include courses that focus on police history, race, social justice, and diversity. The goal is to change police culture by changing police training, but it’s predicated on the colleges’ misunderstanding of their role in police training.

Law enforcement/criminal justice degrees are among the most awarded in the country. This includes about 35,000 associate, 63,000 bachelor’s, and 7,500 master’s degrees conferred annually. Their popularity is based on a misconception.

Colleges rely on hyped-up marketing to convince students that the degrees are gateways to jobs as police or corrections officers, firefighters, emergency managers, or other public service positions. Sending the message that a cop badge starts at community college is not uncommon. Neither is posting typical hourly wages for law enforcement personnel.

But a law enforcement degree or certificate is not a direct line to a police job. To become a police officer, a candidate must meet a department’s requirements, including age and education (fewer than 1 percent require a four-year degree); physical, psychological, and drug testing.  Only after those criteria are met is a candidate eligible to attend a police academy.

Why, then, are college administrators promising to reform something they don’t control? Are they showing their “wokeness” by responding to demands to defund—or at least reform—the police? Are they virtue signaling their concerns about police tactics?

Speaking in June, Elroy Ortiz Oakley, chancellor of California’s community colleges, promised a “review of police instruction” to create a curriculum that better reflects “the lived experience of people of color.”  Emotions were high; Edward Bush, president of Cosumnes River College, said he had “yet to fully process how I internalize the repetitive trauma of seeing black bodies dead in the street.” Frank Chong, president of Santa Rosa Community College, added that “no one is free until we are all free.”

Oakley wants every community college to become more inclusive and to develop “an anti-racist curriculum.” He quoted from a report about black students’ and their families’ concerns that they were unaware of financial aid programs, felt isolated because there are few black students or professors, and received misleading academic information they felt was motivated by racial biases.

While those may be legitimate issues, none involve course content, and none are based on recent actions by police officers.

As Oakley said, while working to be more inclusive and mindful of racial differences in student access and outcomes, the death of George Floyd prompted many of us to ask, what can we do?  His answer: improving instruction for what future and current police officers learn “is certainly one place where we can do something.”

Despite all this soul-searching, most of the searchers, including Oakley, can do very little. Any of the textbooks that faculty members assign would tell them that their programs do not replace state-mandated, skills-based academies.

DuBois at least is aware of his limits to drive change. In a June 28 Hechinger Report article critical of the para-military model of police training, he admitted that little is known at the state level about what is taught in police training, and that although he didn’t have the authority to shut down a program, he could “ask some pretty uncomfortable questions.”

Yes, he can ask, but who is responsible for answering and acting on the answers?

In his state, it is the Virginia Department of Criminal Justice Services that manages training for police officers and deputy sheriffs. It sets hours, modules, and performance-based tests that recruits (they are not called students) must pass, including a 1.5-mile run to test aerobic capacity, maximum sit-ups and push-ups to test muscular endurance, and an estimate of body fat percentage to measure body composition.

The community colleges in Virginia don’t determine police training. This is just more virtue signaling. If the goal was to accomplish change, why does it require a six-year plan? Are the community colleges currently so inequitable that it will take six years to achieve today’s holy trinity of diversity, equity, and inclusion? And if the task force’s goal is to improve American policing, why are the colleges reviewing their own hiring practices?

Administrators of the Minnesota state university system also mistakenly think their law enforcement, criminal justice, and corrections programs “train 80 percent of police officers in the state.” They want to change the programs to include law enforcement history, stress management, and cultural competencies, and to provide internships in diverse communities, according to Henry Morris, vice president of diversity and inclusion at the Mankato campus.

Morris suggested that rather than a normal program review, his task force on change might go beyond academic experts to include community members and police officers. One program director, Champlain College’s Tony Perriello, has already determined the direction of the change, noting that content about race should be “embedded into every course.”

But why assume that college students in Minnesota (or elsewhere) harbor racist attitudes? And why only race? Should content on sex/gender, sexual orientation, or homelessness be embedded in every course? Moreover, obsessing about race requires that some existing assignments and discussions in these basic courses be modified or dropped. That won’t improve student learning.

The same is true in North Carolina. Its Board of Community Colleges recently approved $100,000 to train police officers in de-escalation, relationship-based policing, and community interaction to ensure that officers “have the tools and training necessary to engage effectively within their communities.”

Some of this confusion may stem from college campuses physically hosting almost half of the almost 700 certified police academies that operated between 2011-2013 (the most recent years available). But physically hosting a training academy is not the same as running it.

Colleges are attractive for police training; they have classrooms, facilities for indoor and outdoor physical training, and are available all year. Between 2011-2013, of the nearly 135,000 (45,000 per year) police recruits, about 1 in 7 were women and nearly 1 in 3 were racial or ethnic minorities.

I was once one of those 1 in 7. My police academy training was held at a Westchester County (NY) college. We had no contact with college administrators, faculty, or students. Our instructors were police personnel who followed a curriculum approved by New York state’s Municipal Police Training Council (MPTC).

And yes, as the Hechinger Report states, we followed the para-military model. We wore uniforms, answered “yes, sir,” or “no, sir;” boxed, and did a lot of running and sit-ups and push-ups!

Regardless of where the training occurs, a police academy must comply with its state’s police standards and training requirements.

In response to demands by students, faculty, and outside groups, college administrators have been drawn into promising to make police training more “diverse and inclusive.” But with little or no responsibility for police academy instruction, their efforts are likely to produce minimal change, if that. Rather than obsessing over police training, colleges should look beyond race to refresh and enrich the instruction they are providing to the students enrolled in their law enforcement courses.

Dorothy Moses Schulz, Ph.D., is an emerita professor at John Jay College of Criminal Justice, CUNY, and a retired MTA-Metro North Railroad Police captain. In the course of her career, she has attended a police academy, served as an academy instructor, and was for more than twenty years a professor of police studies.

Police Education Is Not Police Training: Virtue Signaling Is Not the Road to Improvement