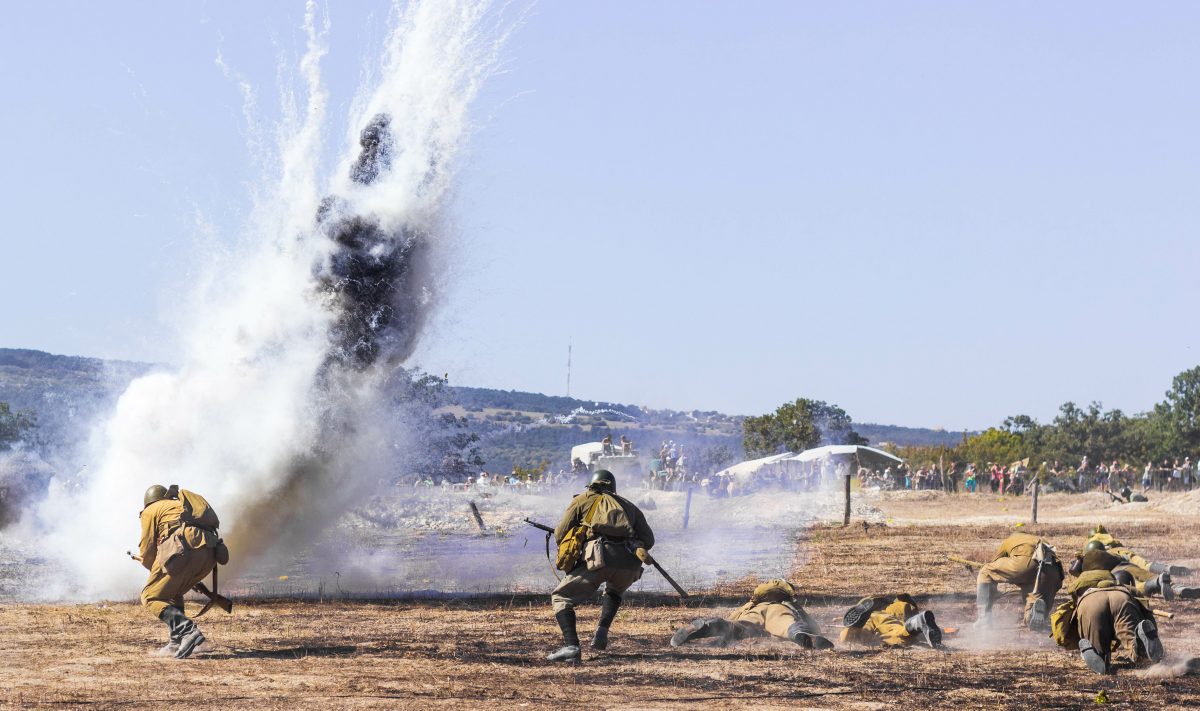 On July 4 at Mt. Rushmore, President Trump praised Walt Whitman, Mark Twain, and Louis Armstrong; it was a significant political and cultural speech, comparable to Trump’s speech extolling Western civilization at Warsaw in 2017.

Trump also ordered a federal project called the Garden of National Heroes, mandating the artwork to be classical and “not abstract or modernist.” On the same day, The Washington Post published an article by a professor urging Americans to consider the global legacy of 1776 as furthering “white supremacy.” The Post wasn’t the only one. While major news outlets focused on the evils of America, Trump vowed to defend America’s positive legacy and save George Washington, Thomas Jefferson, Abraham Lincoln, and Teddy Roosevelt, the four icons on Mt. Rushmore.

One recent book saw this split coming. The War on History: The Conspiracy to Rewrite America’s Past by Jarrett Stepman, published in October 2019, argued that this tipping point was coming sooner than one expected.

Trump might have been an unlikely messenger of cultural conservatism, but structural forces would compel this binary because that is the nature of politics during times of Hobbesian social strife. Incidentally, Stepman points out that it was Trump who warned about the slippery slope and argued that reshaping history won’t stop at Confederate monuments, as revolutionary movements have a momentum of their own.

“Trump’s insinuation that activists would turn their attention to the Founders after they were done with Confederates was mocked by many in the media and even some historians on the premise that the difference between the Founders and the Confederates would be obvious to Americans,” Stepman writes. Yet, in recent weeks, statues of Washington, Jefferson, Lincoln, and Roosevelt were toppled or desecrated, not to mention the same treatment for statues of Christopher Columbus, Andrew Jackson, Spanish Catholic saints, and even, for some reason, Ulysses S. Grant and Frederick Douglass.

The war on history didn’t stop at the Confederates.

Stepman writes that the attacks on the Founders typically start with Jefferson and that once Jefferson falls anywhere, there won’t be any stopping. The attacks also have a distinct pattern, “with the emphasis now on what the Founders didn’t do (abolish slavery) rather than what they did (build the foundations for the freest country in human history).” If that seems far-fetched, recall that the majority of these decisions are essentially elite-driven to appease a very vocal minority. The majority opinion is increasingly irrelevant. 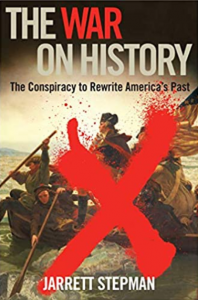 “The famed Christ Church in Alexandria, Virginia, which Washington attended for years, decided to take down a plaque in Washington’s honor in the name of inclusivity,” he notes. Likewise, at the University of Virginia, president Teresa Sullivan only mildly condemned the vandalism of a Jefferson statue—the founder of the university.

Another angle, increasingly evident in this “war on history,” is the issue of class.

Center-right analysts do not much think of class, but it is a curious and understudied phenomenon. Most of the so-called “woke” protests, whether on campuses or in newsrooms or city streets, are led by the upper-middle-class and college-educated. Most of the “villains” are those who were once considered “men of the people.” This is by far the most interesting sociological phenomenon in recent years. Consider the current antagonism against Andrew Jackson and Teddy Roosevelt.  Stepman writes:

It may seem strange today, but there was once a time when the American Left embraced Andrew Jackson as one of their own—the first “man of the people,” who did battle with “conservative” plutocrats. Democrats celebrated Jackson as the father of their party, and many liberal historians of the mid-twentieth century lauded him as a progressive hero. Arthur Schlesinger Jr.’s Age of Jackson, a marvelously engaging but flawed account of Jackson’s time, portrayed him as a precursor to President Franklin Roosevelt.

Likewise, Teddy Roosevelt, by no means a classical conservative, has found himself on the wrong side of the barrel lately. The reasons are similar. Even though from a materialist/Marxist angle, Teddy was left of center, from a sociological angle, he would be far to the right of even most current conservative parties in the entire Anglosphere.

An unapologetic nationalist, a firm believer of forced assimilation of migrants, a preacher of one single national language, and with traditional views on marriage and family, Stepman argues that “the Left has even more reasons to let Teddy go…he had an overabundance of what now would be called ‘toxic masculinity.’” Seen from that angle, the current American protests are similar to what went down in France under the New Left in the summer of ‘68. They are primarily a bourgeois rebellion hijacking other causes and opposed to both the working-class, uber-masculine populist right and the populist left.

That angle echoes research that higher ed is dominated by the upper-middle classes, whose sense of morality, propriety, and ethics do not match with a significant section of the population. In fact, recent research suggests that the number of failed predictions, from Brexit to the election of Donald Trump is a testament to this fact, and that academic circles are increasingly a cosmopolitan bubble detached from the broader social reality. Even within the academy, this power shift has been significant; hence, the performative calls for renaming buildings, removing monuments, and demands of all sorts under the umbrella of social justice.

The repeated effort to tear down statues of Roosevelt and Jackson, led by history professors, is exemplary. “A hundred professors called for the removal of the statue and demanded that it be placed in a museum where Roosevelt, along with other great figures of the American past, can presumably be shamed for their sins,” Stepman writes.

The book is light on policy but does a good job in predicting and highlighting what is coming, and what might be one possible future unless this long march to reshape society and history is stopped. How that can be stopped is a contentious idea, with liberals arguing that this still falls under a battle of ideas, while some conservatives are increasingly warming up to economic and legislative measures.

Nevertheless, Stepman deserves credit for outlining themes and patterns and highlighting the long elite-driven preparation that is behind the current anarchy.