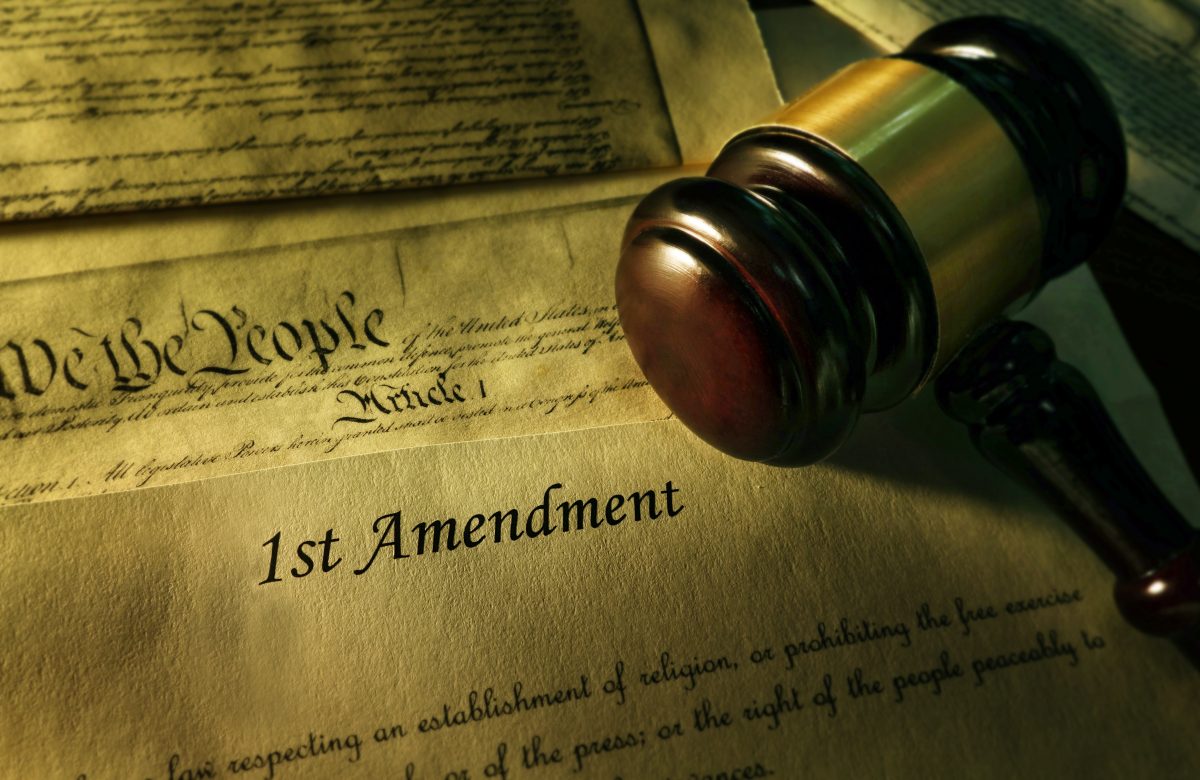 Last year, the Martin Center released its first report on the state of free speech and institutional neutrality in the UNC system. The report serves two main purposes. The first is to measure how much of an effect the free speech law has had on the state’s public colleges and universities. The law, also known as the Campus Free Speech Act, is crafted to protect the First Amendment rights of everyone in the campus community. Too often, open inquiry and the exchange of ideas are stifled by campus policies that unjustly limit speech.

The law also states that colleges and universities in the state should aspire to institutional neutrality, meaning that they “may not take action, as an institution, on the public policy controversies of the day in such a way as to require students, faculty, or administrators to publicly express a given view of a social policy.”

The report’s second purpose is to act as a resource for the UNC system Board of Governors (BOG) as they review the state of free speech and institutional neutrality at UNC system schools. The law stipulates that the Board of Governors establish a committee on free expression to produce its own annual report which should take note of any barriers to or disruptions of free expression. The BOG’s report is due every year on September 1st and must be made available to the public, the governor, and the General Assembly.

Fortunately, there has been some progress since the Martin Center’s 2018 review of UNC system schools. The most notable improvement is that three schools have earned the highest free speech rating from the Foundation for Individual Rights in Education (FIRE). FIRE rates institutions of higher education with a green-, red-, or yellow-light according to how much their regulations, practices, and actions are in line with the Constitution.

But the results are not all good. In some cases, there has been no improvement in university policies. For example, the following universities still have yellow-light ratings:

In other cases, universities didn’t only fail to bring their policies in accordance with the law—they backtracked. This is true particularly of UNC Asheville. In June, UNC Asheville adopted an official policy to divest about 10 percent of its endowment from fossil fuels. By taking an official stance on a political issue of the day, such a policy clearly violates institutional neutrality.

A summary of additional findings from the Martin Center’s 2019 report can be found below.

At UNC Asheville, there was an attempt to disinvite a keynote speaker, Tamika Mallory, for her allegedly anti-semitic views. In the end, however, the university did not withdraw its invitation.

There were two incidents where UNC-Chapel Hill students disrupted peaceful pro-life demonstrations on campus, sometimes with violence. The Martin Center attempted to find out from UNC administrators whether the students would face official university sanctions. UNC administrators, however, did not respond. In the first incident, a UNC-Chapel Hill student physically assaulted a pro-life demonstrator. She hit him in the face several times, as well as in the stomach. The other incident involved a student stealing a sign from pro-life demonstrators. She was arrested by university police for larceny.

Each summer, universities often assign a book for all incoming students to read and discuss in the first few weeks of the semester. Unfortunately, the assigned books often are recent publications that deal with current political debates. Since summer readings are assigned at the institutional level, assigning politically charged books is a violation of institutional neutrality. This year, Appalachian State University is having its students read Just Mercy by Bryan Stevenson. In 2018, Stanley Kurtz, co-author of the model legislation on which the campus free speech act is based, suggested that it was inappropriate for a university to assign the title:

When the University […] assigns as its sole freshman summer reading Bryan Stevenson’s Just Mercy, a brief against capital punishment, at a moment when capital punishment is a controversy in North Carolina, I’d suggest that we have a violation of institutional neutrality.

North Carolina Central University invited pastor and political activist William Barber II to be its 2019 commencement speaker. Barber advocated progressive political policies and encouraged students to get involved in progressive activism. He claimed that the electoral college is “a relic of racism and slavery” and suggested that Republican politicians win public office due to racist voter-suppression laws.

UNC-Chapel Hill, UNC Wilmington, Appalachian State, and North Carolina A&T University all continue to endorse an Obama-era climate pledge. The pledge’s purpose is “to amplify the voice of the higher-ed community in support of a strong international climate agreement in the United Nations COP21 climate negotiations in Paris.” The statement takes a clear side of an ongoing political debate, and as such is a violation of institutional neutrality.

Although this past year has seen some victories for free speech, more work needs to be done if UNC system universities are to be bastions of free thought and discussion. The UNC Board of Governors should take action to ensure that each of the system’s universities removes any existing barriers to free speech and demand that universities operate with true institutional neutrality.