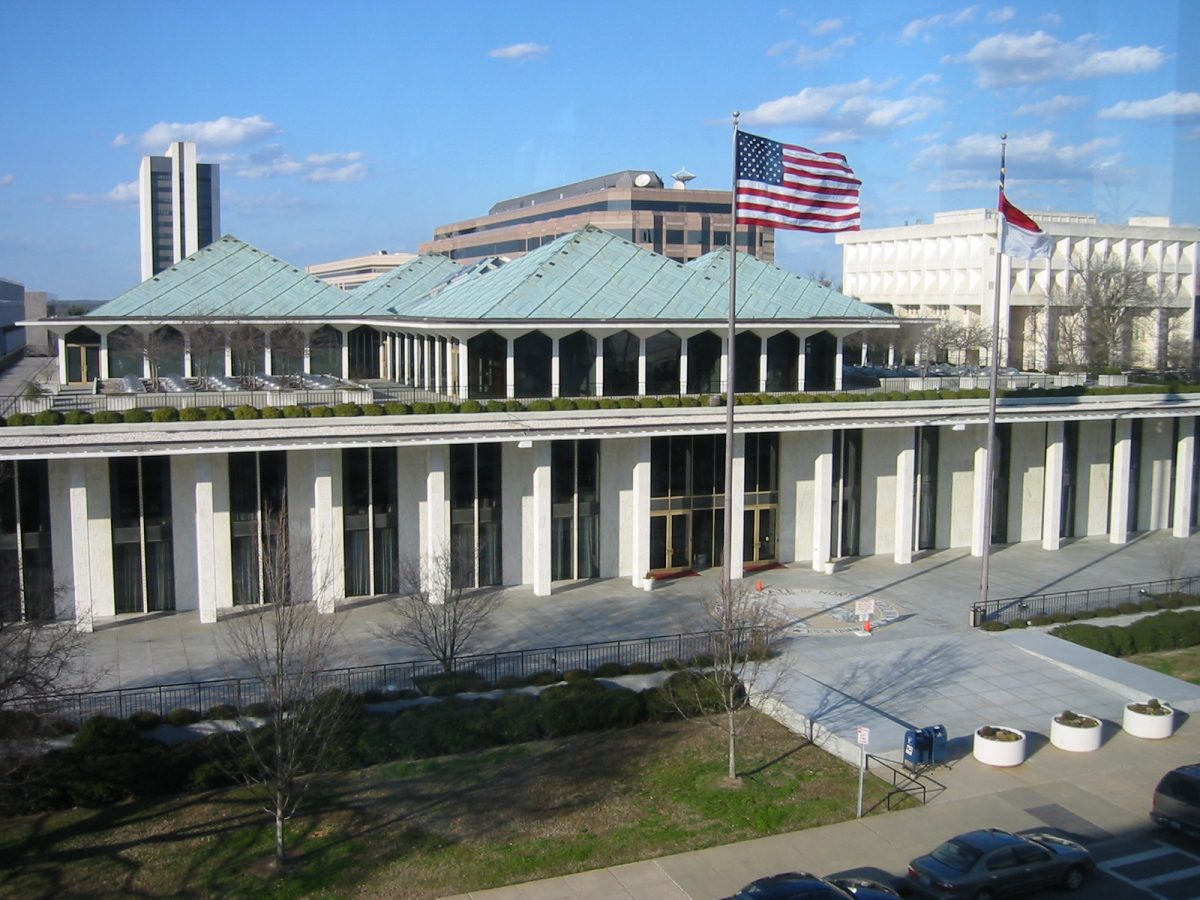 Editor: The following piece is adapted from a talk delivered by Stanley Kurtz at a Martin Center event in Wilmington, North Carolina on May 18, 2018.

First, I want to express my gratitude to Lieutenant Governor Dan Forest and his staff, the General Assembly, and the people of the state for the passage of House Bill 527, the North Carolina Campus Free Speech Act, into law. Four states, North Carolina, Wisconsin, Arizona, and Georgia have now adopted regulations based on the Goldwater Institute’s model campus free speech legislation, of which I was a co-author. I expect bills based on the Goldwater proposal to be introduced in several more states during the 2019 legislative session.

But North Carolina was the first. And again, that was largely due to the leadership of Lieut. Gov. Forest, who worked with me on this proposal even before I connected with the Goldwater Institute. Had it not been for the Lieutenant Governor’s commitment to this issue, I’m not sure there ever would have been a Goldwater proposal.

I’m grateful to the Martin Center for the opportunities it has given me to speak and to write. A year and a half ago, I presented the first public account of the model campus free speech legislation at a Martin Center event in Chapel Hill for members of the Board of Governors. Just days after that proposal went public, the University of California at Berkeley was hit by a riot intended to prevent a scheduled lecture by Milo Yiannopoulos. We had no way of knowing when we first floated the Goldwater proposal that the campus free speech crisis would kick into high gear days later.

Since then, we’ve entered what I believe to be a new era of state-level legislation on campus free speech. Earlier this month, for example, Arizona, which had already banned free-speech zones in 2016, enacted legislation based on the more ambitious Goldwater proposal, which is the only model legislation that deals systematically with the issues of discipline for speaker shout-downs and institutional neutrality.

As the campus free speech crisis plays out, I think we’ll see multiple rounds of legislation within a given state, as in Arizona. If, for example, shout-downs continue to proliferate, it will become evident that merely banning so-called free-speech zones isn’t enough. So the limited legislative efforts we’ve seen in some states are likely to be expanded in the coming years.

My focus today is on the implementation of the North Carolina Campus Free Speech Act. How you go about implementing the Act could set the national standard. In particular, North Carolina will be the first state to issue an annual oversight report, another distinctive feature of Goldwater-based bills. Other model campus free speech bills either have no oversight system at all or depend on administrators to report on themselves. Obviously, they’re going to give themselves a hearty pat on the back. But Goldwater-based bills create oversight systems run by university trustees, the bosses of administrators.

In the narrow sense, the annual oversight report has only the power of sunlight and persuasion. By itself, that report cannot mandate anything. Yet because it comes from a committee controlled by the university’s Board of Governors, administrators will have to take it seriously. And because the oversight committee must issue its report to the governor, the general assembly, and to the public, the oversight committee will be liable to criticism should they whitewash genuine problems in the administrative handling of campus free speech.

First, there is the power of sunlight and persuasion. Second, should the annual oversight report criticize the administrative handling of campus free speech, we would expect to see some reaction. Either administrators will respond to suggestions for reform by their bosses, or they’ll have to worry about consequences for themselves. Third, a negative annual oversight report would provide legislators with reason to reconsider the level of their appropriations for the university, at least in the absence of action by administrators to meet the report’s concerns.

Put that all together, and I believe the annual oversight report could be a powerful tool to strengthen the administrative handling of campus free speech in North Carolina.

The central role played by institutional neutrality in the protection of campus free speech was articulated by the University of Chicago’s Kalven Commission Report of 1967, named for its chairman, law professor and First Amendment scholar, Harry Kalven Jr. It argued that freedom for faculty and students to participate in political action and social protest depends upon the political neutrality of the university at the official institutional level.

Ultimately, however, where we draw the line between institutional neutrality and those few issues upon which the university must express an opinion is a judgment call. The precise boundary line cannot be legislated.

Both the Goldwater proposal and HB 527 as originally proposed took that into account. The neutrality provision of HB 527 that was struck before final passage read: “The constituent institutions shall strive to remain neutral, as an institution, on the public policy controversies of the day.” Notice the word “strive.”  In other words, the university must try to remain neutral. The passage never said simply, the university “shall” remain neutral. Thus, the provision that was struck was merely an aspirational expression of the institutional neutrality principle. We said that clearly in the white paper that was published along with the model bill.

The Act does flatly prohibit any attempt by public universities to require students, faculty, or administrators to publicly express a given view of social policy. Sadly, universities nowadays sometimes attempt to do that, and the law rightly prohibits it. But institutional neutrality in the broader sense is also strongly protected by this new law, in a limited and proper way. This is because a powerful provision on institutional neutrality remained in the bill, although it has been largely neglected. The Act charges the university’s Committee on Free Expression, which authors the annual oversight report, with including in it a section that consists of: “A description of substantial difficulties, controversies, or successes in maintaining a posture of administrative and institutional neutrality with regard to political or social issues.”  The committee is also charged with offering “assessments, criticisms, commendations, or recommendations” on these issues, as it sees fit.

Freedom of speech requires institutional neutrality from the university.

All of this is now grist for the mill of annual UNC oversight reports.

If the Martin Center generates a controversy over some alleged failing of institutional neutrality at any UNC system school, the oversight report is obligated to comment upon it, since the oversight committee is charged with commenting, assessing, and even making recommendations on any controversies over neutrality that occur.

Here’s an example of an area in which the annual oversight report might address the issue of institutional neutrality, in a way that might set a national precedent. The Martin Center has done a tremendous job of pointing to problems with freshman common readings within the UNC system. Freshman common readings directly raise the question of institutional neutrality, because they aren’t assignments in a given professor’s course. Rather, they are assignments from the institution itself.

When the institution tells all entering freshmen to read only a single book that clearly takes a particular stand on an issue of public controversy, the neutrality principle has arguably been violated. When the University of North Carolina at Chapel Hill assigns as its sole freshman summer reading Bryan Stevenson’s Just Mercy, a brief against capital punishment, at a moment when capital punishment is a controversy in North Carolina, I’d suggest that we have a violation of institutional neutrality.

At a minimum, the annual oversight report is obligated to comment on such controversies, and it’s also charged with making recommendations regarding their resolution.

The oversight report might, for example, recommend the adoption of a specific common reading for a year, or even continuously until further notice. A good choice would be the second chapter of John Stuart Mill’s On Liberty, the greatest brief for freedom of speech ever written. That would teach incoming freshmen the reasons to give a hearing to all sides of our political controversies. The Board of Governors could mandate that. Or it could do away with assigned summer readings altogether, among other options.

And if there are controversies over violations of institutional neutrality by administrative offices of sustainability or diversity and inclusion, the annual oversight report is obliged to address these issues as well.

UNC’s Board of Governors has always held the power to speak to, and govern on, questions of institutional neutrality. So think of the NC Campus Free Speech Act as directing the Board of Governors to exercise the powers it has held from the beginning.

Stanley Kurtz is a senior fellow at the Ethics and Public Policy Center in Washington, D.C.

The Campus Free Speech Act: A Way to Restore the Marketplace of Ideas