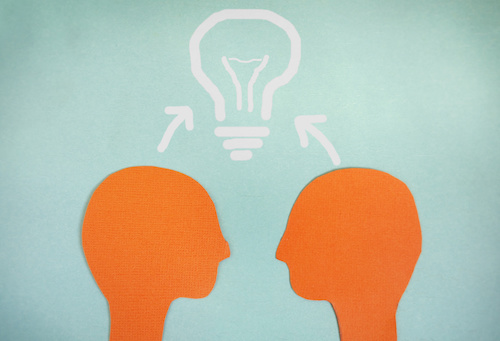 Between the rise of safe spaces, trigger warnings, speaker disinvitations, and the often illiberal conduct of campus demonstrators over the past few years, it’s clear that the core constitutional value of free speech is now under siege at our colleges and universities. The fraying of commitment to freedom of speech on the part of college educated millennials, as well as many faculty and administrators, has reached the point where it threatens not only liberal education, but the very survival of the liberty of thought and expression in America at large.

To address this problem, Arizona’s Goldwater Institute and I have collaborated to devise comprehensive state-level legislation designed to restore freedom of speech to the American academy. The resulting model state-level legislation, made public this week along with a white paper explaining its provisions, constitutes what is very possibly the most comprehensive effort ever undertaken to restore and protect freedom of thought and expression on America’s college campuses.

The model Campus Free Speech Act would instruct the governing body of a state university system—generally called the board of trustees or board of governors—to craft a university-wide policy statement that unmistakably affirms the centrality of free expression. The statement would make it clear that it is not the proper role of a university to shield individuals from ideas or opinions they find unwelcome, disagreeable, or even deeply offensive. By legislative provision, this new statement would supersede and nullify any restrictive speech codes adopted by any constituent school of the state university system.

Second, the system’s campuses would be declared open to any speaker whom students, student groups, or members of the faculty have invited. This would prevent administrators from disinviting speakers, however controversial, whom members of the campus community wish to hear from.

Third, the bill would expressly bar students, faculty members, employees, or any other members of the university system from interfering with the freedom of others to express their views. This means no more shouting down of visiting speakers, and no more obstruction of legitimate meetings and events.

In order to protect the free-speech rights of visiting speakers, and of everyone else on campus, the bill would authorize a range of disciplinary sanctions for those who interfere with the speech of others, with particularly strong penalties for anyone who commits a second offense. Equally important, the model bill includes very strong protections for the due process rights of students accused of interfering with the expressive rights of others.

In authorizing disciplinary sanctions for those who interfere with the free speech rights of others, the model bill draws inspiration from the classic affirmation and defense of campus free speech, Yale University’s Woodward Report of 1974. The Woodward Report not only eloquently upheld the centrality of free expression to the university’s mission, it also laid out a strategy for fairly but firmly punishing those who had forcibly silenced the speech of others. The discipline policy devised by the Woodward Report remains in Yale’s regulations to this day, and new the model Campus Free Speech Act takes a leaf from that book.

Unfortunately, we tend to take it for granted nowadays that students, and even faculty members, can disrupt university functions, interrupt, and shout down speakers they don’t like, and yet suffer no penalty whatever. That is wrong. Legitimate protest must of course be permitted and protected. Yet interrupting, physically assaulting, or shouting down speakers is tyranny, pure and simple, and cannot be tolerated by any community that cherishes and protects free expression.

Freedom is not a license to attack your foes. License of that sort is the opposite of freedom. If you want to understand freedom, consider what Justice Oliver Wendell Holmes of the Supreme Court famously said in 1929: “If there is any principle of the Constitution that more imperatively calls for attachment than any other it is the principle of free thought—not free thought for those who agree with us but freedom for the thought that we hate.”

If true freedom of speech is “freedom for the thought that we hate,” then freedom is actually a form of self-mastery. Far from being license, true freedom is an act of self-control, a refusal to physically extinguish even the speech we abhor. Freedom is a refusal to attack our opponents with everything we’ve got. Campus demonstrators have mistakenly elevated what they think of as sensitivity and civility over the principle of free expression. Yet the truth is, freedom of speech itself is the ultimate act of civility.

This means that the minor passing offenses that are the price for our tolerance of free speech are well worth putting up with, because in the long run a society that practices freedom is a society that promotes civility. In the long run, free speech is our most certain path to mutual respect and civil peace, while the rejection of free speech almost guarantees descent into civil strife. It all happened before our eyes in the fall of 2015 on our college campuses, when attempts to shut down speakers and take over meetings gave us a tiny taste of the kind of civil conflict that is commonplace in countries that lack true freedom.

And there’s more to this proposed legislation than a powerful affirmation of the right to free speech, a provision discouraging speaker disinvitations, and the creation of a fair but firm discipline policy for those who interfere with the speech of others. The model bill would also instruct university boards of trustees to issue a statement that defines and defends the principle of institutional neutrality on public policy controversies of the day.

It’s often forgotten that institutional neutrality is a critical component of campus free speech. If a university, as an institution, were to take a public stand on controversial issues such as military intervention in the Middle East or the role of government in health care, this would put tremendous pressure on any faculty or students who disagreed with the university’s posture.

We see this problem play out today in crusades to have colleges and universities divest themselves of any stock in oil companies, or in the state of Israel. It’s often argued that colleges ought to avoid such divestment schemes because of their fiduciary responsibility to protect and enlarge their endowments. Yet the most important reason to avoid politicized divestment schemes too often remains unspoken. Any college that joins in the fossil-fuel divestment crusade, or that acquiesces to the campaign to boycott, divest, and sanction the State of Israel is taking an institutional stand that inevitably places unfair pressure on faculty and students who do not share these political views.

The classic statement in defense of the need for institutional neutrality at universities is the University of Chicago’s Kalven Report of 1967. The Kalven Report rightly argues that the neutrality of the University is in fact the surest guarantee of free inquiry and viewpoint diversity in its members. The fullest freedom for faculty and students, as individuals, to participate in political action and social protest actually requires the institutional political neutrality of the university itself. And the Kalven Report is a crucial inspiration for this provision of the model bill.

Note, however, that this provision of the bill is written in such a way as to affirm the general principle of institutional neutrality, while still leaving the university considerable flexibility in deciding exactly how that principle ought to be applied in practice.

The model bill would also instruct state university system trustees to include in freshman orientation programs a section describing all of these various policies and regulations. The idea is to explain to the students from the very beginning of their time at the university how vital the principles of free speech are. It’s also critically important that students understand from the start the discipline policy for interfering with the free speech rights of others. The goal, of course, is not to punish students for interfering with the expressive rights of others, but to deter them from undertaking such actions in the first place.

Additionally, the model bill would mandate the creation of a Committee on Free Expression within the university board of trustees, and would charge it with issuing an annual report to the public, to the governor, and to the state legislature on the status of free expression, on the status of administrative discipline for the disruption of speech, and on the status of institutional neutrality in the state university system. In effect, this provision institutionalizes what Yale did in the 1970s when it created the Committee on Free Expression that issued the famous Woodward Report.

Keep in mind that this is merely a public report, the real power of which lies strictly in the light that it sheds, and in its ability to persuade. Yet simply exposing the betrayal of free expression at Yale and making recommendations for improvement was enough to bring positive change to that university in the 1970s. A public report by a Committee on Free Expression worked then for Yale, and would work now and in the years ahead for our various state university systems.

Bear in mind that all of these provisions are designed to work in concert. By strongly affirming the core principles of free expression, creating a discipline policy for those who interfere with the freedom of others, informing students of the principles of free speech and of the penalty for disregarding it, and then holding administrators publicly accountable for failure to enforce the provisions of the bill, the model bill is designed to create a virtuous cycle that will prevent speaker shout-downs and disinvitations from ever happening in the first place.

Another provision of the model Campus Free Speech Act prevents public universities from creating restricted “free speech zones.” In fact, individuals who are prevented from speaking on campus, are relegated to unreasonable “free speech zones,” or are discriminated against based on the content of their speech will have recourse to the courts. Universities may be compelled by the courts to compensate successful plaintiffs for reasonable court costs and attorney fees. And this, of course, creates yet another incentive for university administrators to protect free speech.

In short, the model Campus Free Speech Act is an ambitious attempt to restore freedom of speech to our public colleges and universities, an attempt that can and should serve as a model for private universities as well.

Virtually everything in this proposed bill is based on the very best models we have for defending free speech at our universities, from Yale’s Woodward Report to the University of Chicago’s Kalven Report and Stone Report. Liberals and conservatives alike should be able to support the Campus Free Speech Act, just as Yale’s Woodward Report in its day was praised and supported across the political spectrum.

The model Campus Free Speech Act embodies the common understanding of liberty that unites all of us as Americans, even as it allows us to work out our differences through the democratic process.

(Editor’s note: Stanley Kurtz, senior fellow at the Ethics and Public Policy Center, discussed the model Campus Free Speech Act at the Martin Center’s January 13 meeting for members of the University of North Carolina Board of Governors. He can be reached at comments.kurtz@nationalreview.com.)

The Campus Free Speech Act: A Way to Restore the Marketplace of Ideas