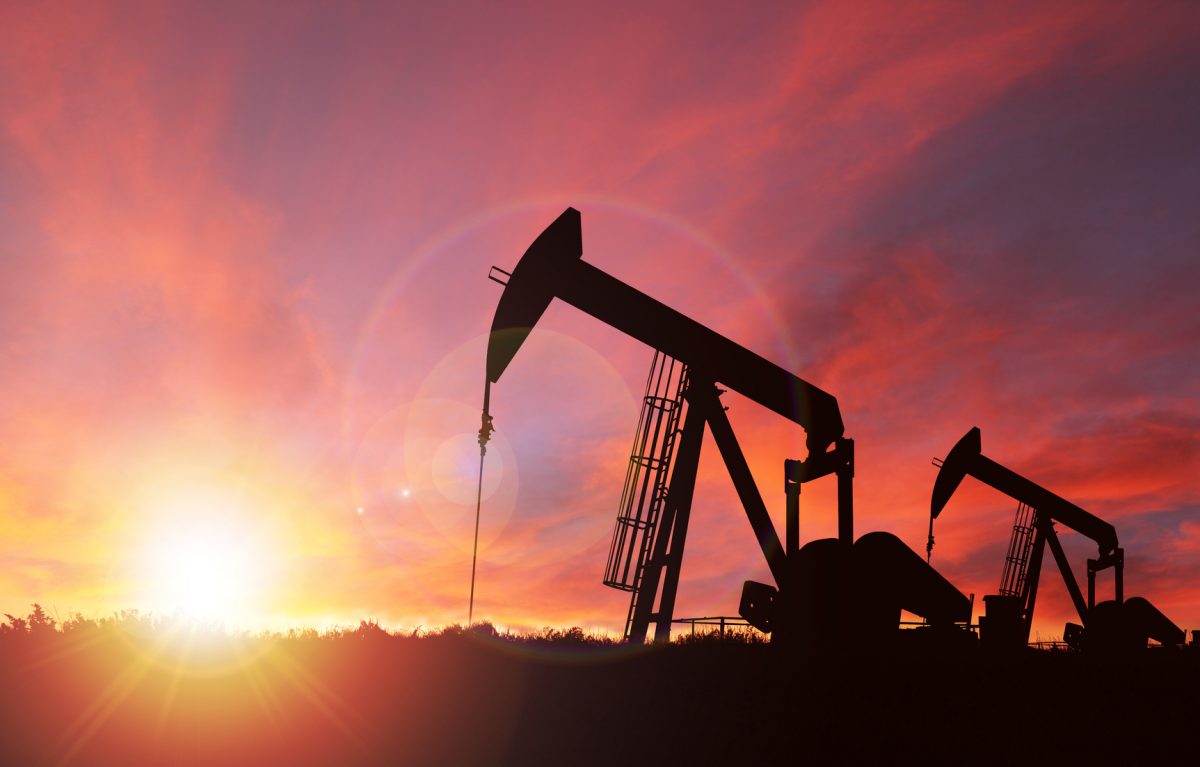 The University of North Carolina at Asheville recently announced with great pride its plans to divest part of its endowment from investments based on “fossil fuels” (such as natural gas, oil, and coal). At a June 21 meeting, the Board of Trustees voted to shift $5 million of its $50 million endowment from the non-profit UNC Management Company to for-profit Walden Asset Management, a “socially responsible” fund manager owned by Boston Trust & Investment Management Company.

The school released photos of beaming students and administrators involved with the five-year divestment campaign, and trustees heralded the move in glowing terms.

But there is a big problem with this type of divestment by universities: it is a clear violation of an important principle of academic freedom known as institutional neutrality.

The principle has even been encoded for UNC schools with the passage of North Carolina Session Law 2017-196 (known as the “Campus Free Speech Act”) two years ago. Institutional neutrality is the concept that schools should not adopt official political positions on the issues of the day. One example that illustrates the division between academic freedom and institutional neutrality is that a school administrator has the right to state a political position as an individual scholar—but not in his or her capacity as a representative of the school.

While S.L. 2017-196 does not explicitly mandate a punishment for violations of neutrality, it makes clear that the standard for all UNC schools “regarding political and social issues and the essential role of such neutrality in protecting freedom of thought and expression” is articulated in the 1967 Kalven Report issued by the University of Chicago.

The Kalven Report posited that, because “the mission of the university is the discovery, improvement, and dissemination of knowledge,” individual professors must be able to pursue truth wherever the facts and logic lead. The university therefore

is a community which cannot take collective action on the issues of the day without endangering the conditions for its existence and effectiveness. There is no mechanism by which it can reach a collective position without inhibiting that full freedom of dissent on which it thrives. It cannot insist that all of its members favor a given view of social policy; if it takes collective action, therefore, it does so at the price of censuring any minority who do not agree with the view adopted. In brief, it is a community which cannot resort to majority vote to reach positions on public issues.

Asheville’s fossil fuel divestment is precisely the sort of “collective action” on an “issue of the day” that violates the spirit of free inquiry described in the Kalven Report.

Although the school’s decision does not go so far as to decree that all students adopt the reasoning behind divestment, nor does it threaten punishment for opposition to divestment, it promotes divestment as a favored belief by making it an official policy and thereby chills the expression of opposing opinions.

While the push for divestment at Asheville began with students, there was considerable involvement by the school administration and trustees. “Together, we explored alternatives and worked toward solutions,” John Pierce, vice chancellor for administration and finance, told the Asheville Citizen-Times. “It is a real sense of pride,” he added. The school’s Board of Trustees also “established a student-advised endowment fund with $10,000 in seed money to give students hands-on experience in ESG [environmental, social, and governance] investing.”

Viewed objectively, ESG investing is a way of shifting large sums of capital into politically motivated hands. It is perfectly acceptable for private individuals or organizations to participate in ESG investing—but not for public entities such as UNC that serve all citizens.

The Martin Center asked UNC-Asheville officials several questions related to the issue of whether its divestment from fossil fuels amounted to a violation of institutional neutrality. Sarah Broberg, special assistant to the chancellor for communication & marketing, responded with the following statement:

The Board of Trustees’ recent decision to divest a small portion of our Endowment Funds from fossil fuel investments is the culmination of a multi-year effort by students, faculty, staff and administrators. The process was data driven, based on the discovery, research, transmission and dissemination of knowledge using an engaged, exploratory, and measured approach. Furthermore, it is consistent with the University’s core values.

Achieving the best financial outcome was a key consideration throughout this process. Released data from a 2017 National Association of College and University Business Officers (NACUBO) study shows that college and university endowments that use socially responsible investing (SRI) strategies can produce long-term returns that are approximately equal to those of non-SRI users. The University’s review of the long-term returns of Walden Asset Management’s strategies, which employ SRI criteria, supports the NACUBO assertion.

As can be seen, the statement does not even attempt to address the question of institutional neutrality; it is as if this very fundamental—and encoded—principle of free inquiry does not exist. Additionally, the decision to shift part of the school’s endowment to an SRI fund is not obviously based on financial reasons; if it were based on the return on investment, the SRI’s performance would be better, not merely “equal.” That means the decision was a blatant political statement.

The claim that divestment is justified by being part of UNC-Asheville’s “core values” also rests on shaky foundations. Those core values are likely drawn from the following lines in the school’s mission statement:

At UNC Asheville, we respond to the conditions and concerns of the contemporary world both as individuals and as a university. We incorporate economic, social and environmental sustainability into our institutional practices and curriculum.

But declaring that a political statement on an issue of the day is part of the university’s core values does not legitimize the statement. Instead, it indicates that the values are improper or that the school is taking too much license from its mission statement. Just stating that “environmental sustainability” is a core value does not permit one to ignore the law.

For further justification, Broberg provided the Martin Center with a link to an article intended to show support for politically motivated endowment investing on the Association of Governing Boards of Universities and Colleges (AGB) website. Yet, it, too, ignores the problem of institutional neutrality. In fact, the article offers the College and University Presidents’ Climate Leadership Commitment as an example of academia aligning its policies with “social good.” That “Commitment”—actually a petition—is, in fact, a textbook example of top school administrators violating institutional neutrality by using their official positions as political soapboxes.

Stating that “environmental sustainability” is a core value does not permit one to ignore the law.

And it must be remembered that AGB guidelines are mere conventions of professional practice, carrying no legal weight. They are unquestioningly subordinate to actual statutes such as S.L. 2017-196.

Fossil fuel divestment is a particularly sketchy policy scientifically and economically. It is based on the idea that anthropogenic global warming (AGW)—or, since warming patterns may have subsided, climate change—is threatening life on earth. In other words, mankind is responsible for large apocalyptic shifts in the Earth’s temperature, largely because of our use of fossil fuels. And that selling off investments U.S. energy and chemical companies will somehow reverse or stall the prevailing climate trends.

AGW is far from “settled” science, despite many politicized claims to the contrary. Taking measures to limit mankind’s economic activity to prevent further AGW is far from the sort of noncontroversial issue that has universal public backing and that would be in accord with institutional neutrality; only one side of the political spectrum supports doing so. And, at best, that support is tepid. Whereas Democratic politicians rank climate change as one of the top issues of the day, polls show it to be of little concern to the general public; in a recent Pew Research Poll, it was ranked 17th most important out of 18 issues.

And even if it were true that man was changing the earth’s climate significantly, and also true that he could alter it through deliberate restraint, the most that could be hoped for from divestment is to temporarily depress the stock of U.S. energy companies. That price drop will only make them a bargain for less politicized investors, who will eventually restore the stock price through their purchases.

So, rather than some great accomplishment, fossil fuel divestment is mere political posturing in defiance of state law, and the UNC-Asheville trustees have foolishly fallen for it. It is clearly an idea of the political left. And, as a one-sided political position, it has no place as an official policy in a public university system. The university system belongs to all North Carolinians, not just one faction—even if that faction dominates on UNC campuses.

The question now is how the system will react; will the system’s Board of Governors or president take action to correct Asheville’s imprudent decision? Will they somehow punish or chastise the campus? Will they at least inform the legislature of this egregious breach of, if not the letter, then the clearly expressed intent, of state policy? After all, S.L. 2017-196 requires the Board of Governors to create a Committee on Free Expression that annually reports to the legislature and state governor on such matters.

Or will they bury their heads in the sand and hope the issue passes without notice? The way so much of the radicalized politicization of our campuses is allowed to proceed? UNC-Asheville’s imprudent divestment decision cries out for responsible action at some high level of governance.