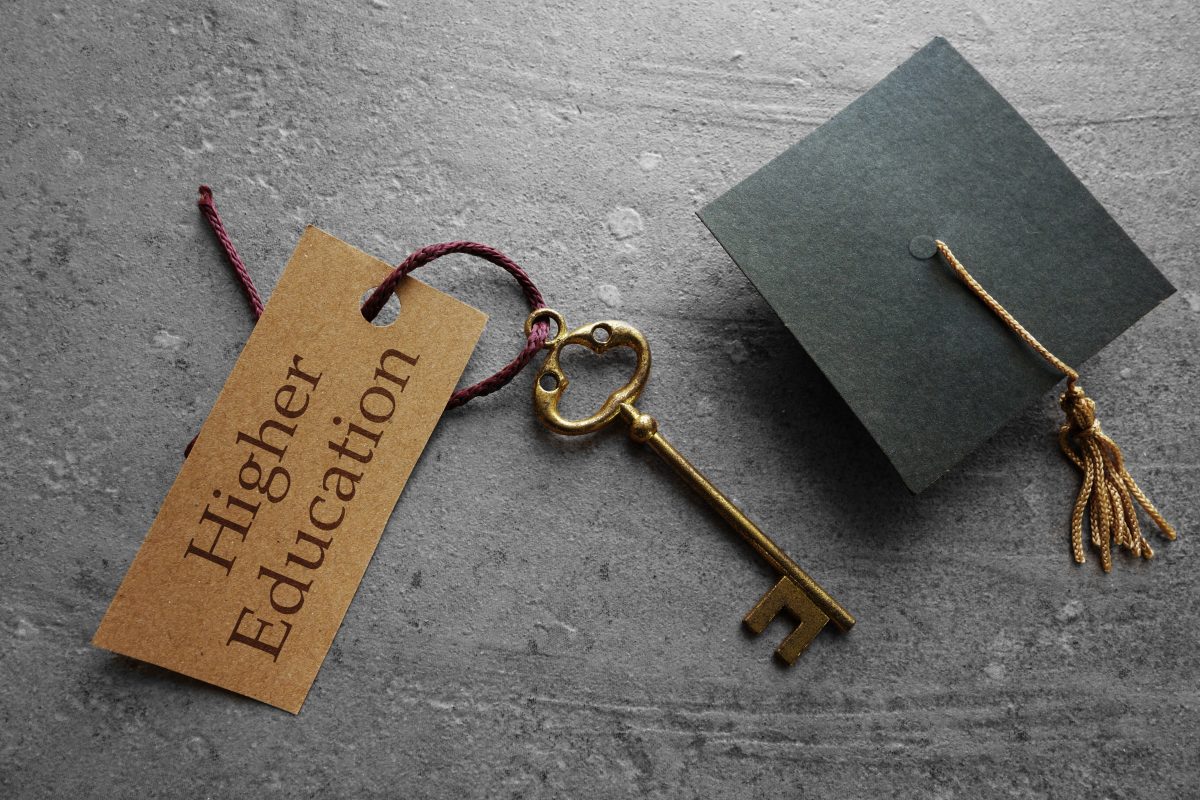 People who analyze and write about higher education generally fall into two camps. One camp consists of those who believe that our system is “the envy of the world” and just needs more public support to do its great work of improving our citizens and strengthening our economy. (For a sense of what that camp is about, read professor Steven Brint’s book Two Cheers for Higher Education, which I reviewed here.)

The other camp consists of people who conclude that our higher education system draws in far too many students, poorly educates most of them, and costs too much. Unlike the first, which has, so far as I am aware, no conservatives or libertarians, in this camp you find people from all over the political spectrum. Former Harvard president Derek Bok, a liberal, has written Our Underperforming Colleges. And arguably the best-known among the critics is professor Richard Vedder, a thorough-going free market advocate.

Vedder has just written a new book entitled Restoring the Promise: Higher Education in America that is a must-read for everyone who is interested in this important topic. In plain English (as opposed to muddy academic jargon), he explains that higher education is, for the most part, failing to live up to its promise, why that is the case, and what can be done to put things right.

The keystone in his analysis of our troubled system is government intervention. He writes,

Above all, I think today’s higher education would not be in its current precarious position were it not for a mostly unsuccessful expansion of governmental involvement in the academy over the past generation or two, especially at the federal level.

One of the main tasks of economists is to trace the unintended consequences of laws and regulations that change the natural order of things, and Vedder proceeds to show that well-intentioned interventions, led by federal student aid, are at the root of our problems.

As he sees it, we have triggered three problems of crisis proportions.

First, our colleges and universities are extremely expensive. They’re much more costly than they were before federal student aid programs were begun, ostensibly to make college “more affordable.” They’re also much more costly than are comparable institutions in other industrialized nations. Whenever the government subsidizes a good or service by putting money in the pockets of consumers to buy it, producers are sure to raise prices to capture most of that money.

Tuition would be far lower and there’d be no college debt crisis if it weren’t for all our “generous” student aid programs.

Second, many students don’t learn much of value during their college years. Academic rigor has declined severely (although not uniformly) so that students can get away with little work. Moreover, Vedder notes, “Learning about the core foundations of our civilization and acquiring knowledge based on widely accepted factual evidence have deteriorated.”

Third, as a result of our huge overinvestment in higher education, we face a mismatch between student expectations for high-paying jobs that will allow them to pay off their college debts and labor market realities. There simply aren’t enough “good jobs” for all the graduates. Worse, many of them lack the skills for the good and even mid-range jobs that exist.

In addition to those major unintended consequences, Vedder shows that numerous other problems also beset American higher education due to government intervention: perverse spending priorities, the obsession with “diversity,” the overemphasis on athletics, a nearly worthless accreditation system, the erosion of free speech, and more.

We have made a terrible mess of the market for a college education. What can we do to fix the problems we’ve caused? The book provides many ideas for reform.

As I mentioned above, Vedder sees federal higher education subsidies as the root of our numerous maladies. “Serious cost control in higher education,” he writes, “is virtually impossible without dramatically modifying these programs. In an ideal world, they would be abolished, and new, mostly nongovernmental approaches to financial assistance expanded.”

Unfortunately, such radical change isn’t politically feasible at present, but there are short- and long-run policy reforms that will help, and perhaps pave the way for eventually getting Washington out of the higher education market entirely.

Significant improvements in higher education depend, Vedder argues, on three “I” words—information, incentives, and innovation.

Currently, we lack useful information about our colleges and universities, especially their students’ outcomes. People are focused on meaningless rankings because there isn’t any place to look to see which schools best succeed in raising the level of student knowledge. Therefore, comparison shopping among schools is badly impeded.

To get them to collect and release such information requires pushing from the outside, and Vedder suggests that such pushing could come from accrediting agencies and/or government entities.

The former could require the needed information, but they have never exhibited the backbone it would take to compel change that many of their member institutions fear, so Vedder believes that the political process will probably have to step in. Public colleges are subject to state control and almost all private ones are captives of the federal Department of Education. If enough Americans demand pertinent information about higher education, we could get it through state and federal regulations.

As for incentives, most colleges are non-profit and while that word sounds nice to many Americans (conditioned to think of profit as somehow bad), non-profit organizations have severe incentive problems. But Vedder is guardedly optimistic that we can nudge non-profit schools to behave more like for-profit competitors, thereby squeezing out inefficiencies.

Greater external competition, he believes, will come both from for-profit colleges (which the Obama administration sought to cripple with discriminatory regulations, but the Trump administration has thankfully reversed course) and aggressively entrepreneurial non-profits such as the University of Southern New Hampshire and Arizona State University.

Significant improvements in higher education depend, Vedder argues, on three ‘I’ words—information, incentives, and innovation.

Greater internal competition can be generated if college administrations adopt programs such as Responsibility Centered Management (RCM) that identify those parts of the school that are financial plusses and those that are draining away money. More schools will probably begin utilizing RCM as financial pressures mount due to falling enrollments.

Finally, we need innovation in higher education, which operates, Vedder observes, not much differently than when Socrates taught Athenians some 2,400 years ago. Even though there is strong evidence that new approaches (such as the “flipped classroom”) lead to better results, colleges have barely changed at all. The reason why not goes to the problem of incentives. Faculty members don’t have anything to gain by changing the way they have traditionally done things and their administrative bosses won’t gain much by trying to compel them to change.

But Vedder thinks that innovation will come through heightened competition. The federal government can and should change (or even abolish) our accreditation system that holds back educational innovation. And as financial pressures mount on tuition-dependent schools, they’ll have to choose between innovation and death. Until now, the “creative destruction” of market competition that Joseph Schumpeter wrote about hasn’t been felt much in higher education. That’s about to change.

Vedder is optimistic that we will restore the promise of higher education. That’s because he’s optimistic about the power of good, new ideas and institutions to displace old, ineffective ones. We will find better ways of teaching and certifying that students are competent, and we will adopt better models of financing postsecondary education than federal grants and loans.

America is a “can do” nation that has repeatedly shown its capacity for surmounting challenges. We love competition and innovation. That’s what it will take to make our higher education system one that the rest of the world would really envy.

There is a small mountain of books analyzing our higher education system. If that’s one of your concerns, place Restoring the Promise at the peak.