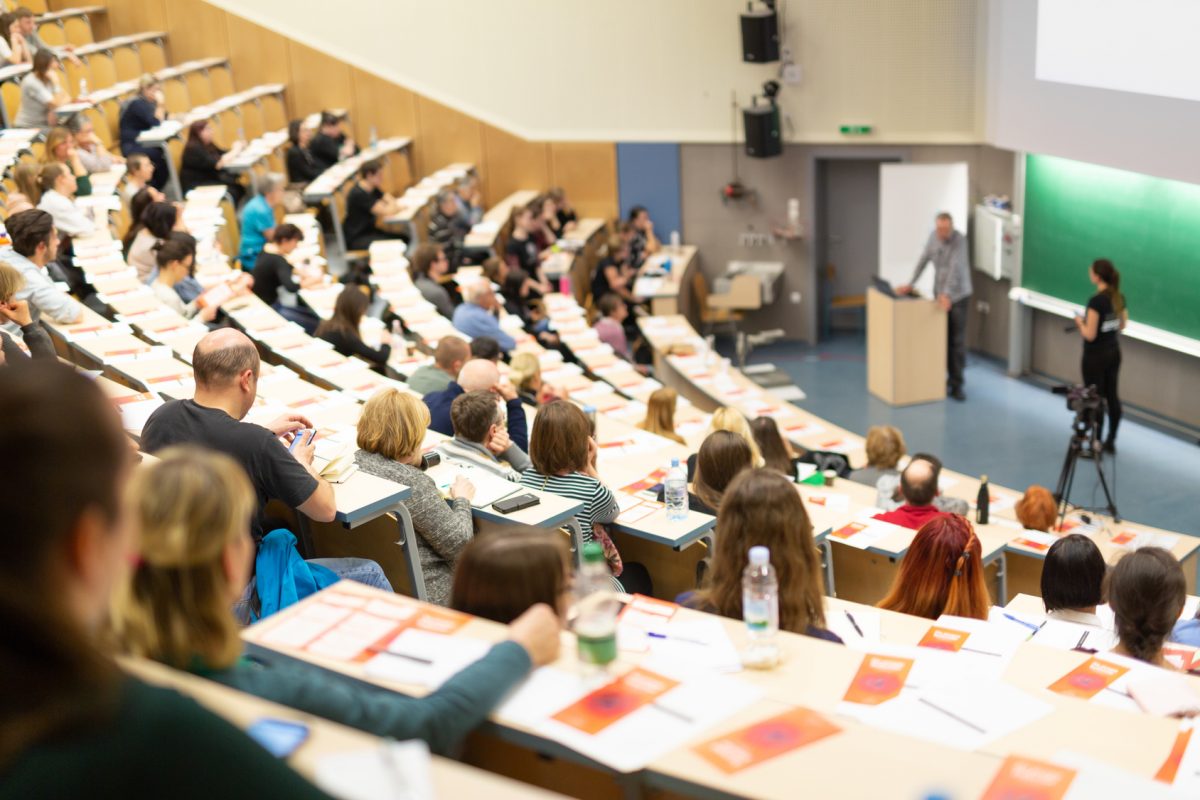 In March 2018, the University of Arkansas Board of Trustees adopted new rules that fatally undermine academic freedom. We authored this piece for the Martin Center explaining the damage the amendments would inflict on higher education in the state.

Unfortunately, the Board of Trustees ignored our warning, a warning reiterated by numerous other faculty and academic organizations. So earlier this month, three of our colleagues filed a lawsuit that seeks to bar application of the revisions to faculty with tenure or who were on the tenure track at the time the changes were adopted. Should the lawsuit succeed, some of the harm caused by the new rules will be forestalled.

The purpose of academic freedom is to protect freedom of speech, thought, and expression in the university setting so that learning and knowledge can flourish. Tenure is the primary mechanism by which academic freedom is ensured. It prohibits the termination or punishment of faculty for any reason that could plausibly be used to stifle academic speech and inquiry. Tenured faculty members may be fired or disciplined only for “cause.”

Tenure and academic freedom have been bedrock principles in higher education for a century.

Unfortunately, in recent decades some university administrators have engaged in an all-out assault on both by seeking to 1) replace outspoken full-time faculty with part-time adjuncts who lack tenure protection and 2) gut the rules governing academic freedom and tenure. The changes adopted by the University of Arkansas fall into the second category. Consider some of the deeply problematic changes.

The new rules both quantitatively and qualitatively alter the definition of “cause.” The original policy set forth a list of four examples of conduct that constitute cause for dismissal. The revised policy has sixteen. And the four examples in the original policy all aptly reflected serious problems—for example, “incompetence” and “moral turpitude.” By contrast, several of the examples in the revised version are far from serious—for example, a lack of collegiality.

The “collegiality” standard is particularly troubling. It provides that a professor may be terminated for the following: “A pattern of conduct that is detrimental to the productive and efficient operation of the instructional or work environment.” This language is so expansive that it could be used to fire a tenured faculty member for almost anything that administrators do not like.

To illustrate, being a gadfly, whistleblower, or dissenter within a college or department can be “detrimental to the productive and efficient operation” of the school. In fact, any time a faculty member disagrees with an administrator, that reduces productivity and efficiency; so would the filing a public records request. It thus takes little imagination to see how the new collegiality standard will be used to deem professors “detrimental” if they express unpopular views in their teaching, research, and service.

Collegiality requirements have a long and documented history of abuse in academic settings. That helps to explain why the American Association of University Professors (AAUP) has long rejected such requirements.

In addition, under the prior rules, free speech rights for faculty were comprehensive; they extended to all subjects. Under the revised rules, however, such rights have explicitly been limited to teaching, research, and internal service. Speech related to external service is no longer shielded.

Thus, interviews with the press, commentary on social media, and whistleblowing regarding university misconduct are no longer protected. As a result, the new rules will stifle public speech on a whole host of important subjects.

In our prior piece, we identified numerous negative impacts that will result from these changes. Here is a recap:

Given these effects, it should not be surprising that faculty were almost universally opposed to the rule changes. Faculty Senates from multiple campuses issued reports criticizing the amendments. When medical school faculty were polled, the vast majority opposed the revisions. Virtually every written comment submitted to the university was against the proposal. And several faculty wrote editorials outlining the damage the new rules will cause.

Multiple state and national organizations also opposed the changes, including the AAUP and the Foundation for Individual Rights in Education.

Unfortunately, as we noted above, this effort failed to stop the Board from voting in favor of the revised tenure rules. But faculty at the University of Arkansas have not given up the fight.

During the 2019 Arkansas legislative session, we worked with a senator to draft and introduce legislation that would block application of the changes to faculty with tenure or on the tenure track. While the proposed law was not enacted this term, it can be introduced again in 2021.

In addition, three of our colleagues have brought suit to enjoin application of the new rules to faculty with tenure or on the tenure track at the time the changes were adopted. The lawsuit is straightforward: Tenure protection, as set forth in university rules, is part of faculty employment contracts. Once a contract is formed, it cannot be unilaterally modified by one of the parties. Both parties must consent to any change.

Therefore, a college may not alter the substantive tenure rights of any faculty member once the professor obtains tenure. If a university wishes to change its tenure rules going forward, it may not apply the amendments to faculty who already received tenure. When a public university ignores this mandate, it acts contrary to the requirements of both contract law and constitutional law. In fact, some court rulings support the conclusion that even untenured faculty on the tenure-track are entitled to be governed by the tenure standards in place when they were hired.

During the deliberation over changes at the University of Arkansas, lawyers for the school argued that the new rules do not alter tenure protection because the revisions preserve the right of faculty to be terminated for “cause.” But this makes no sense because the school dramatically changed the meaning of “cause.” That reduces the tenure protections for faculty and clearly constitutes an attempted unilateral modification of our contracts.

We believe the lawsuit will be successful. But even if it is, a favorable ruling will only protect professors with tenure or on the tenure track. New hires will be governed by the dangerous new rules. Therefore, the fight for free speech on campus and academic freedom in Arkansas will continue, regardless of the outcome of the litigation.

Joshua Silverstein is a law professor at the University of Arkansas-Little Rock.

Robert Steinbuch is a law professor at the University of Arkansas-Little Rock.