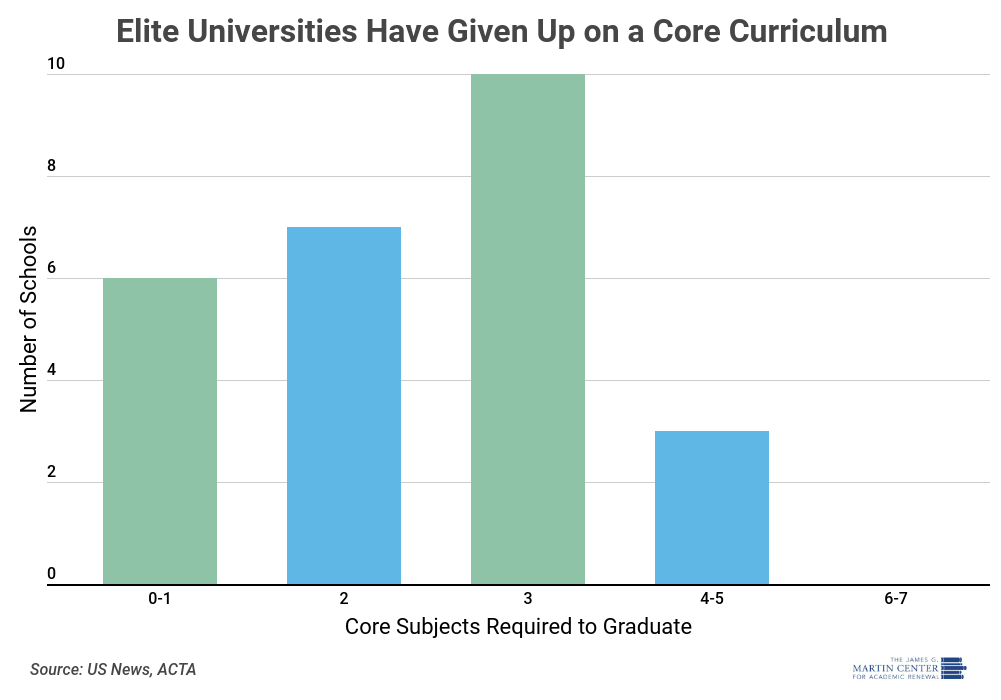 Modern universities are ignoring their civic duty to teach their students how to become engaged citizens. The American Council of Trustees and Alumni released a report in 2018 that showed only 18 percent of universities required students to take a history course before graduation. This number is indicative of a growing historical ignorance among students. More and more, colleges don’t provide students with a civic education.

Without an education rooted in governmental proceedings and American history, students have wavered on foundational liberal principles such as free speech. The Knight Foundation, for example, reported that 10 percent of college students believe violence is sometimes acceptable to stop someone from speaking and 37 percent believe that shouting down speakers is sometimes acceptable.

Among the top 25 schools in the country (according to U.S. News & World Report), Columbia University is the only university to make history a graduation requirement. Slightly more concerning is that most schools in the top 25 only have two or three core graduation requirements—and most of them tend to be math, science, and writing. History, economics, and literature are left behind. Instead of giving students a full liberal arts education, universities focus more on STEM subjects, which means that fewer students learn about American history or economics.

Thomas Connor is a Martin Center intern. He is a junior at the University of Notre Dame studying economics and political science.