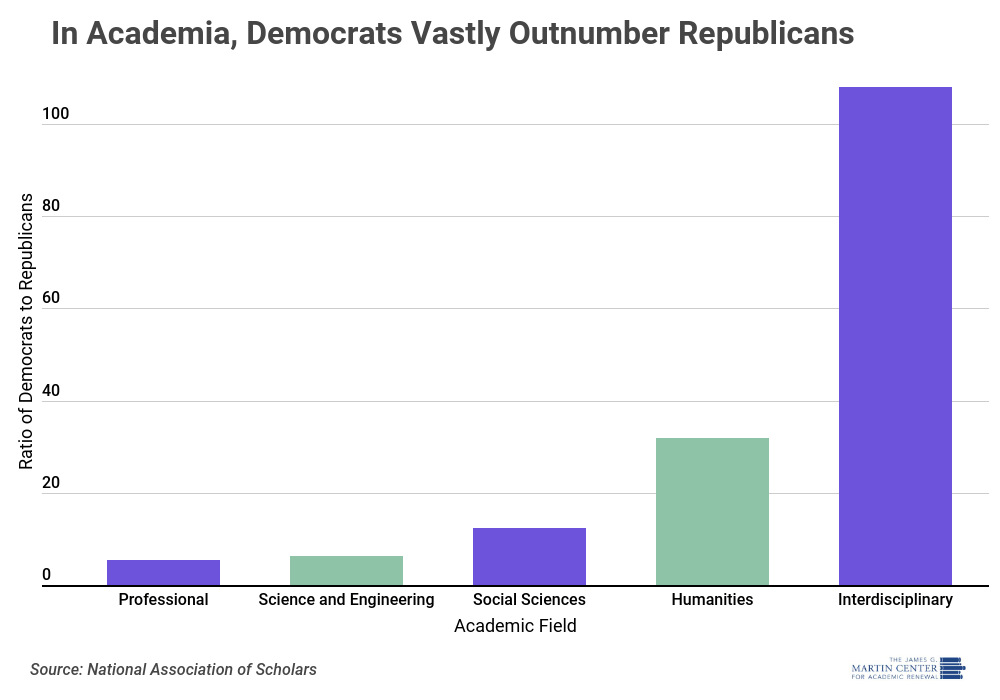 The dominance of registered Democrats to Republicans in academia is becoming more and more apparent. In the sample provided by Mitchell Langbert of the National Association of Scholars, 39 percent of academic departments have no Republican faculty member. He also found that the mean ratio of Democrats to Republicans is 10.4 to 1 after examining the political affiliation of professors from the top 50 liberal arts colleges in the country.

The problem with political homogeneity is that it can bias research and reduce academic credibility. In The Politics of Social Psychology, edited by Jarret Crawford and Lee Jussim, the writers argue that many researchers and scientists’ implicit biases affect them. Political homogeneity can limit the questions and topics professors focus on. When departments such as gender studies or Africana studies have zero Republican professors, for instance, it raises the question of whether the research they publish is reputable.

In aggregate, science, technology, engineering, and math (STEM) fields have the closest ratio, 5.5 Democrats to every Republican. The interdisciplinary subjects, such as gender studies or Africana studies, had no Republicans at all. Of the 108 professors surveyed in this field by Langbert, none were Republicans. Comparing those numbers to the national ratio of 1.6 Democrats to Republicans with graduate school experience, this gap is a significant difference.

Some of that difference, though, can be explained by Republicans being more attracted to business rather than academia. Republicans comprise roughly 50 percent of corporate board members compared to Democrats’ 26 percent. However, the political imbalance of academia can hurt research because the lack of viewpoint diversity means professors’ thinking may go unchallenged.

To read more Martin Center articles on this topic, go to https://www.jamesgmartin.center/tag/intellectual-diversity/

Thomas Connor is a Martin Center intern. He is a junior at the University of Notre Dame studying economics and political science.