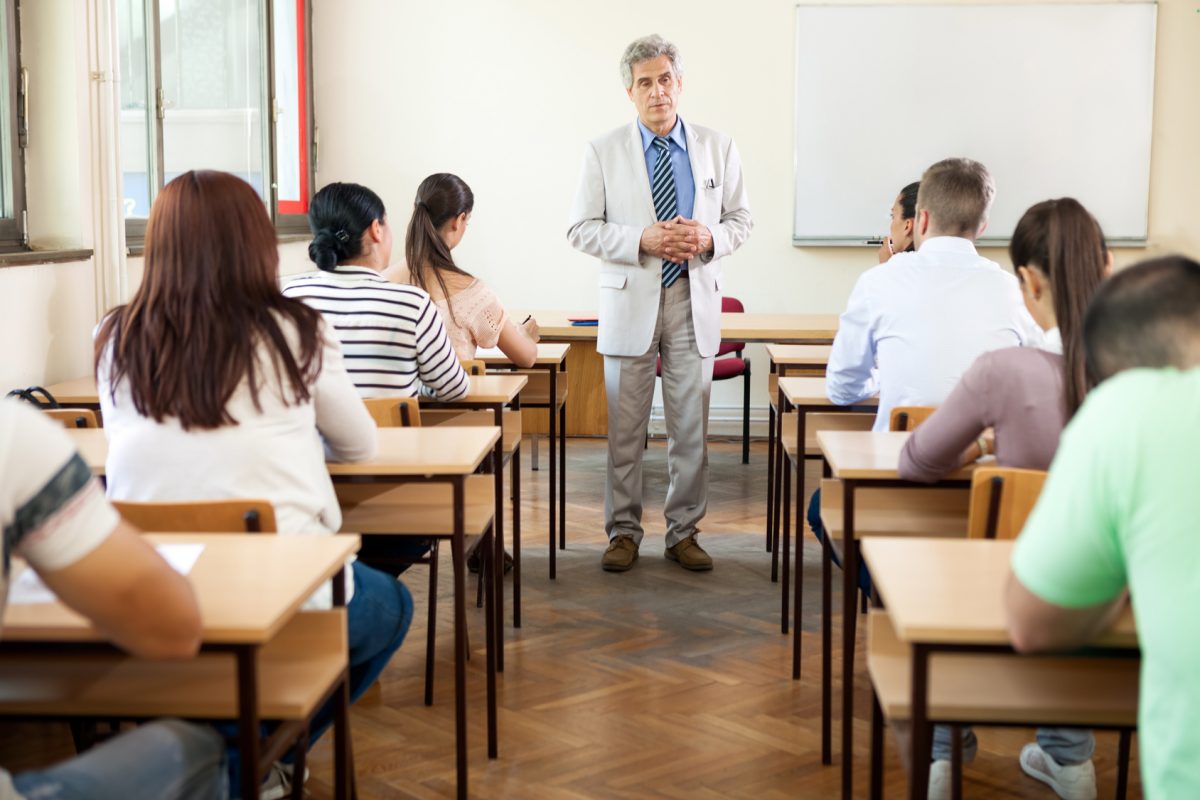 Good teaching is vital for college students to learn, but the work demands on professors and what type of work is actually rewarded means that teaching can be of secondary importance.

For 25 years, the UNC system has given the Awards for Excellence in Teaching to reward teachers who improve teaching on UNC campuses. This year, 17 faculty members (one at each UNC system school) received the award and a $12,500 prize to encourage good teaching.

“We take great pride in honoring these recipients. They all bring a high standard of excellence in the classroom through creative teaching methods that impact our students,” UNC Board of Governors chair Harry Smith said in a press release.

It’s easier to evaluate a professor on their research output or time spent doing service work for their department. But knowing what makes a good teacher is more complicated. As colleges will get the results that they measure, encouraging professors to improve their teaching skills can become only words if schools don’t find ways to reward good teaching. The UNC teaching award is one way of ensuring teaching isn’t ignored.

Each school called a special committee to nominate professors, and the UNC Board of Governors then selected the winners. It’s not clear, however, what the criteria were for selecting professors. Knowing how the committees chose professors would be helpful. If they rely on student evaluations, for instance, it could mean the awards favor professors who are entertaining over professors who make students work harder to learn more and get an “A.”

For the most part, the award-winners had high praise for their schools.

“I do, indeed, feel completely supported and rewarded for my teaching (and professional development) on a daily basis,” Scott Laird, an instructor of the humanities at the North Carolina School of Science and Mathematics, said in an email.

Laird is representative of the professors who responded to Martin Center inquiries.

“I believe UNCG does support good teachers and the classroom experience, including having an active teaching and learning center and a number of awards,” Dianne Welsh, the Hayes distinguished professor of entrepreneurship at UNC-Greensboro, said in an email.

“Good mentorship by senior faculty is a key to the success of a junior faculty member as they juggle varied obligations,” Patrick Rand, a distinguished professor of architecture at North Carolina State University, said in an email. “I received that mentorship in a timely way, and now I have the pleasure of mentoring junior faculty to help them overcome what might for them be a struggle.”

Without strong mentors, it’s harder for professors to adjust to a new university, even when students are similar from one school to another.

“[North Carolina] Central had, when I got here, some really great master teachers. These are folks who have been around since the ‘60s and ‘70s. And they were very instrumental in providing me the things I needed to know,” said Johnathan Livingston, a professor of psychology at North Carolina Central University.

“I still remember lectures from them who inspired me and engaged me and those are the kind of people you want to bring back to our system,” Livingston said, who attended UNC-Asheville as an undergraduate.

Some award-winners also expressed concerns about time demands on professors and the next generation.

“It is always a struggle to find the time between teaching and research,” Welsh said. “There is heavier emphasis on research now, especially quality research in the last few years.”

The demands of teaching, research, and service all compete for an academic’s time. John Ziker, an anthropologist at Boise State University, conducted a study in 2013 on how BSU faculty spent their time: He found that they worked 61 hours per week, with 40 percent of their time spent on teaching activities and about 20 percent spent on research. “Research, it seems has to fit in outside normal working hours for our academicans,” Ziker wrote, as professors did more research on the weekends and more administrative, service, and other university duties during the weekday.

Since Ziker’s study, he’s measured BSU faculty time use twice and found similar results. “Faculty are spending over 15 percent of their time in meetings. Many or most of these are service related,” he said in an email. “Here we definitely perceive an increase in service requests and these tend to detract from research time.”

Though the struggle for professors’ time is often presented as between research and teaching, it’s not always the only—or main—battle.

“After tenure, the real competition isn’t between teaching and research, but research and service to the institution,” Wilson-Okamura said. Service can mean drafting and revising policies and curricula, assessing student and research outcomes, personnel work, and “playing defense” against administrative proposals, among other duties.

As more is expected of professors, their working hours creep up.

Administrative support “is as low as it has ever been,” Rand added, which means that professors are doing work once done by administrators.

“Teaching and service activities typically average about 60 hours per week, and research is done on top of that, often at nights, on weekends, and in summers when nine-month faculty such as myself are not contractually obligated,” Rand said of his personal experiences.

Administrative support “is as low as it has ever been,” Rand added, which means that professors are doing work once done by administrators. The growth in administrators tends to be in student affairs or other non-academic areas of a college, rather than in support staff for professors.

This “more economical” attitude extends to the use of adjunct professors. Though the reliance on adjuncts has leveled off in recent years, professors still worry about its effects.

“I’m concerned, though, about the next generation of teachers,” Wilson-Okamura said. “Most of the jobs that will be open to them are going to involve short-term contracts, with small prospect of material advancement. Young people are starting to grasp this reality; and, in consequence, fewer of them are choosing teaching as a career.”

At NC Central, Livingston said fewer adjuncts are around than before, partially from Central hiring more faculty. “We had about 85 [professors] retiring in a three- or four-year period. So replacing them with the best and brightest people has been our goal and it’s been a challenge,” he said.

Entry into the professoriate is also more difficult than a generation ago in many fields. The quality of research expected, and its quantity, has crept higher and higher. Sociology, for instance, has doubled its publishing expectations for new professors.

For research, though, some colleges may be shifting their expectations. Welsh at UNC-Greensboro mentioned a $5,000 bounty for research published in high-quality journals. And at BSU, Ziker said his department is revising policy to emphasize research quality and instead of the number of published articles or books. Though the changes are anecdotal and not systematic, they show that some colleges are aware of faculty concerns.

College administrators can address faculty concerns by taking their teaching experiences into account and going beyond teaching awards for a few faculty members. Offering resources and teacher training on campus, like UNC-Greensboro and Winston-Salem State, can show faculty that the school cares about teaching beyond its mottos in faculty manuals and pamphlets for prospective students.

“People love the art of discovery,” Livingston said. It attracted him to an academic career and, if the UNC system listens to its award-winners, UNC can learn how to attract its next crop of professors, too.