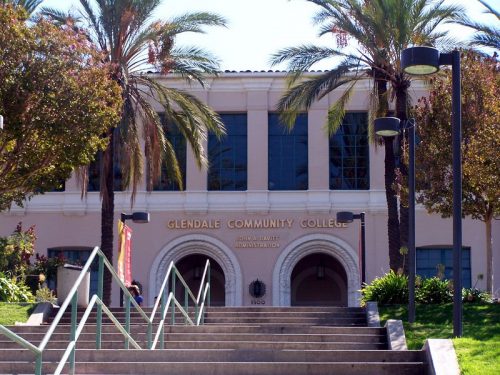 The title of this article alludes to Joan Didion’s famous essay about “love and death in the golden land,” a cautionary tale about the wreckage left behind when dreams collide with reality.

Historically, California has always attracted dreamers and today one of the state’s biggest dreamers is Governor Jerry Brown, who once said, “A politician can do anything he wants so long as he manipulates the right symbols.” More likely, a new education initiative of his is about to collide with reality.

A critic of Brown once said that he often acts like someone “who feels thinking about something is the same as doing it.”

Unfortunately, at the moment, Brown is thinking about higher education; specifically, he is thinking about reinventing California’s vast community college system as a high-powered engine for economic transformation and social uplift. The first step is what he calls “the California Online College” (COC) for “overlooked Californians,” but his plan includes assumptions that are ominous for all of higher education.

In his 2018 budget proposal, Brown asked for $120 million to create a “competency-based,” “high-touch,” online community college offering courses leading to “sub-associate degree” certificates and badges for California’s 2.5 million underemployed, “stranded” workers without college degrees. Like many politicians, Brown assumes that it is the lack of college credentials that holds back all these people. He wants his new program to launch this fall.

What could go wrong? Plenty. The plan is ill-considered with a sketchy, back-of-the-envelope feel to it. For one thing, most of the 114 California community colleges (CCCs) already offer online courses. According to Brown’s own COC white paper, “Many of the 114 community colleges provide over 13,000 online courses available to students, and roughly 800,000 students enrolled in online courses in 2015-16.” Those CCCs are rightly worried about the plan’s potential to siphon off their online revenue streams. And if those “stranded” workers are not making use of existing educational programs that could benefit them, it is hard to see why a new layer of educational offerings will suddenly motivate them to get the training they supposedly need.

Second, half of the demographic Brown is really talking about comes from Spanish-speaking homes. Many of these individuals are not competent in English; many of them are not competent in Spanish either. Studying in either language is not something they are prepared to do. How will these people fare in a hurry-up online environment? My experience of 46 years of college teaching suggests not well. I have seen many educational quick fixes over the decades and none of them worked with ill-prepared and poorly motivated students. Online courses may work with well-organized and self-directed students, but very few of the target students for Brown’s plan are.

And how does an incorporeal college become “high-touch” (whatever that means) in cyberspace? The CCC Chancellor’s Office, hoping to snare some of the new spending, suggests 24 hour-a-day online tutoring—but by whom? Meanwhile, Brown looks forward to counseling and advising with artificial intelligence. These conceptions are truly dream-like. Advising students who are lost require living, dedicated, knowledgeable people, and the state cannot will them into existence.

Currently, over 1 million of the 2.1 million CCC students neither complete any program nor transfer. (Many are shadow students who enrolled just to harvest financial aid.)

To address these dreary numbers, students already are being marched into an accelerated and diluted scheme called “Guided Pathways.” Professor Joshua Converse of Hartnell College declared at a faculty meeting (and shared with me in an email), “It is outrageous to me that lawmakers have suggested we should move students through less coursework with fewer offerings at a faster pace, and confer degrees that are held equivalent to previous credentials.” Now Governor Brown suggests bringing in another 2.5 million even less-prepared students and jamming them through an automated sub-college training regimen, guided by robots, in which they may never encounter a live human being. Brown is confident that once his apps and programs are in place and students can go to college on their cell phones, retention and completion will improve.

The drawbacks are damning, but $120 million of new funding has a nice ring to it. Unsurprisingly, supporters are lining up for a piece of that pie.

The only way to improve retention and completion in such a scheme is to bury academic standards for good.

Other supporters have offered their blessings in impenetrable edu-speak. Ryan J. Smith of Education Trust-West declared that “Reaching students where they are at—coupled with high expectations and the supports they need to be successful—is a hallmark of an equitable approach to education.” The problem is that what education leaders call “equitable” is far from education that actually works for students. That $120 million was the carrot, and here is the stick: Brown plans to improve things by “holding the college accountable for its students’ outcomes.” That is right. The students will not be responsible for their own success or failure—the college (read “teachers”) will.

Brown’s dream continues, “Consistent with the Governor’s Budget proposal for a Student-Focused Funding Formula, apportionment funding for the online college would take into account student enrollment and the number of under-represented students enrolled in the college, as well as incentivizing the online college to focus on student success.” In California educationese, “success” means “completion.” So henceforth, funding will be tied to completion and under-represented students, starting with the COC, but no doubt in the works system-wide.

What are the consequences of that scheme? Teachers and colleges being held responsible for students’ completion sounds the death knell for any sort of academic rigor. Students will be given passing grades whether they have learned anything or not just to maximize funding and protect jobs. Additionally, teachers will fight each other for the classes with strong students, while no one will want to teach remedial students and get blamed when they fail. Despite the initiative’s high-sounding concern for the underemployed, in California colleges, the majority of the teaching already is done by untenured, disposable, underpaid, and underemployed adjuncts.

Ironically, the COC for the working poor will be staffed by…the working poor (who have proper educational credentials, of course). California will not be revived by throwing money into this new system of pretend education.

Many Americans have heard about Governor Brown’s ludicrously expensive high-speed rail plan that nobody thinks will ever serve more than a tiny number of riders. (If not, here is an instructive editorial.) His COC plan is the educational equivalent. So typical of “progressive” politicians, his solution to a perceived problem is a prodigiously expensive new state program.