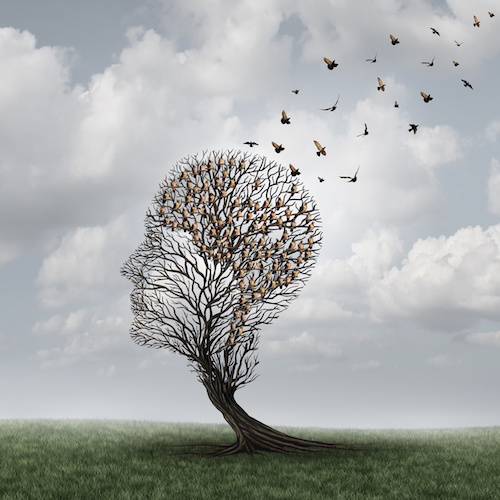 Famed literary critic George Steiner once said that cultural knowledge allows one to “resist” and that “no one can make a zombie of you if you carry [cultural knowledge] inside of you.” Today, Steiner’s argument for cultural education is being severely tested. Just how little today’s students know about their own cultures was brought home to me last summer when a group of Japanese high school girls visited my campus for two weeks.

I was interviewed in my office by about 30 of the girls in groups of four or five. Over and over, they asked about my knowledge of Japanese culture, yet when I told them I collect Japanese woodblock prints by Kawase Hasui and Tsukioka Yoshitoshi they scratched their heads. Woodblocks?

I gestured toward my Brazilian Rain Tree, saying “I practice bonsai.” Blank looks.

They enthusiastically asked, “Have you ever seen a Japanese movie?”

One girl had heard of Kurosawa; none had seen or heard of Ozu or the anime classic Akira.

Later, I learned from one of the hostesses that on a field trip to the renowned Monterey Bay Aquarium, the girls spent all their time playing Pokemon Go.

This disconcerting experience seemed emblematic of one of the most serious roadblocks on the path of higher education: many students simply don’t know anything. Professors cannot assume any reference points (not just academic knowledge, but even common knowledge historically supplied by family and daily cultural life).

For example, last week my colleague Henry asked his class of thirty Freshman Composition students when World War II occurred. Only two of his students could say. Richard, a history professor, told me one of his best students condemned the United States for starting World War II by attacking Pearl Harbor. And Todd, an analytic philosopher teaching about mathematical validity, found that his class couldn’t determine the number of United States senators because they knew neither the number of senators per state nor the number of states.

And as the Japanese visitors show, it’s not just the United States. Writing in the Times Literary Supplement, book critic Michael Dirda observed that “These days, cultural amnesia [is] ubiquitous….”

Every day, professors are faced with improvising and reverse engineering lessons when they realize that students have no idea what they are talking about. The hardest part is to quickly determine where to even begin.

Students just have little interest in knowledge; their interest is in sensation. Peggy Noonan wrote recently in a Wall Street Journal article titled “The Politics of ‘The Shallows’” (subscriber content) that young college graduates have:

heard the soundbite but not read the speech. Their understanding of history, even recent history, is superficial. They grew up in the internet age and have filled their brainspace with information that came in the form of pictures and sounds. They learned through sensation, not through books, which demand something deeper from your brain. Reading forces you to imagine, question, ponder, reflect. It provides a deeper understanding of political figures and events.

Students’ focus is not on understanding or knowing (in the sense of possessing) but on finding the answer (Googling, asking Siri). Hence, they don’t become more knowledgeable because the actual knowledge, even if it’s correct, remains stored outside of themselves. Their inner shelves of memory remain empty. Just ask Josipa Roksa and Richard Arum, authors of Academically Adrift, who found that 36 percent of college students exhibited “no significant learning” after four years of college.

Utopian socialist dictatorships have always tried to erase the past and empty the minds of the masses, clearing the decks to build the long-awaited and never-arriving workers’ paradise. One thinks of the Red Guards and the Cultural Revolution in Mao’s China or Pol Pot’s desired return to Year Zero. The result was violence and mass murder on a sociological scale.

But it doesn’t require violence to erase the past; today we do it to ourselves willingly and passively, whether in California or Osaka, even though the loss of historical and cultural knowledge has dire consequences.

For example, Wikileaks has just revealed that Bill Ivey, chairman of the National Endowment for the Arts under Bill Clinton, wrote to Hillary Clinton’s campaign director John Podesta, saying that “[We’ve] all been quite content to demean government, drop civics and in general conspire to produce an unaware and compliant citizenry.”

And in the New York Times, Ben Rhodes, President Obama’s national security advisor, bragged about how easy it was to manipulate the news media into supporting the Iran nuclear deal. Rhodes was quoted as saying:

All these newspapers used to have foreign bureaus. Now they don’t. They call us to explain to them what’s happening in Moscow and Cairo. Most of the outlets are reporting on world events from Washington. The average reporter we talk to is 27 years old, and their only reporting experience consists of being around political campaigns. That’s a sea change. They literally know nothing.

An electorate that knows nothing, not just current events, but its own history, art, music, literature, has surrendered its substance. At the Philadelphia Society’s annual meeting this October, Professor Gleaves Whitney of Grand Valley State University reminded the audience that historian Stephen Tonsor had warned, “do not neglect the culture” and felt that the most important quality a historian should possess is “imagination.”

Whitney added Paul Weyrich’s 1999 observation that “politics itself has failed. And politics has failed because of the collapse of the culture. The culture we are living in becomes an ever-wider sewer. In truth, I think we are caught up in a cultural collapse of historic proportions, a collapse so great that it simply overwhelms politics.” Weyrich believed it necessary “to retake the cultural institutions.” Politics emerges from who we remember ourselves to be as a people.

So just how do we rebuild a society with cultural knowledge? I asked a few friends if they knew of any concerted effort to take back the colleges and universities from the philistines and the polemicists. Not so much, I found—there’s more a “thousand points of light” approach, stars, but no constellation.

Scattered across the country are many programs that introduce students to great Western works of literature, philosophy, art, and music and treat those works as positive cultural contributions. The programs are usually small, either because their schools are small or because they are mere fragmentary educational niches within schools, such as seminars, “concentrations” or “minors.” One force holding back more such programs is the hostility of many faculty members to any favorable treatment of Western culture—any treatment that is not mostly negative. Those faculty are often the majority in humanities and liberal arts departments.

National Association of Scholars Executive Director Ashley Thorne told me that “As for a specific `plan,’ we don’t have one. We try hard to promote intellectual diversity in higher education, and the moment in which we approve one curriculum above all others, we cease to operate with the flexibility to advise colleges with various curricular ideals in other directions.” However, she went on the say that “As our report The Vanishing West says, Western civ was once the bedrock of the undergraduate curriculum because `it gave narrative coherence to everything else the university taught.’” Thorne also allowed that:

The larger narrative that we favor is of the development of free society from late Roman times to the present. The concept of free citizens and the rights and responsibilities that come with freedom and the notion of self-government is part of the larger story we would want to tell. That story can be told in a way that makes sense of art, literature, and music. Curricular choices guided by these themes can still vary, but it should be clear that they are being guided by certain themes.

But today there is no overarching program for the return of western culture to academe. Political correctness blocks any such possibility.

The West’s (and East’s) cultural crisis cries out for a galvanizing figure. Perhaps, in some happier future, an American president can be elected who will reignite the idea of a cultured electorate. Until that day, it will be necessary to protect, defend, and support those small monastic redoubts where the fire of western culture still flickers.