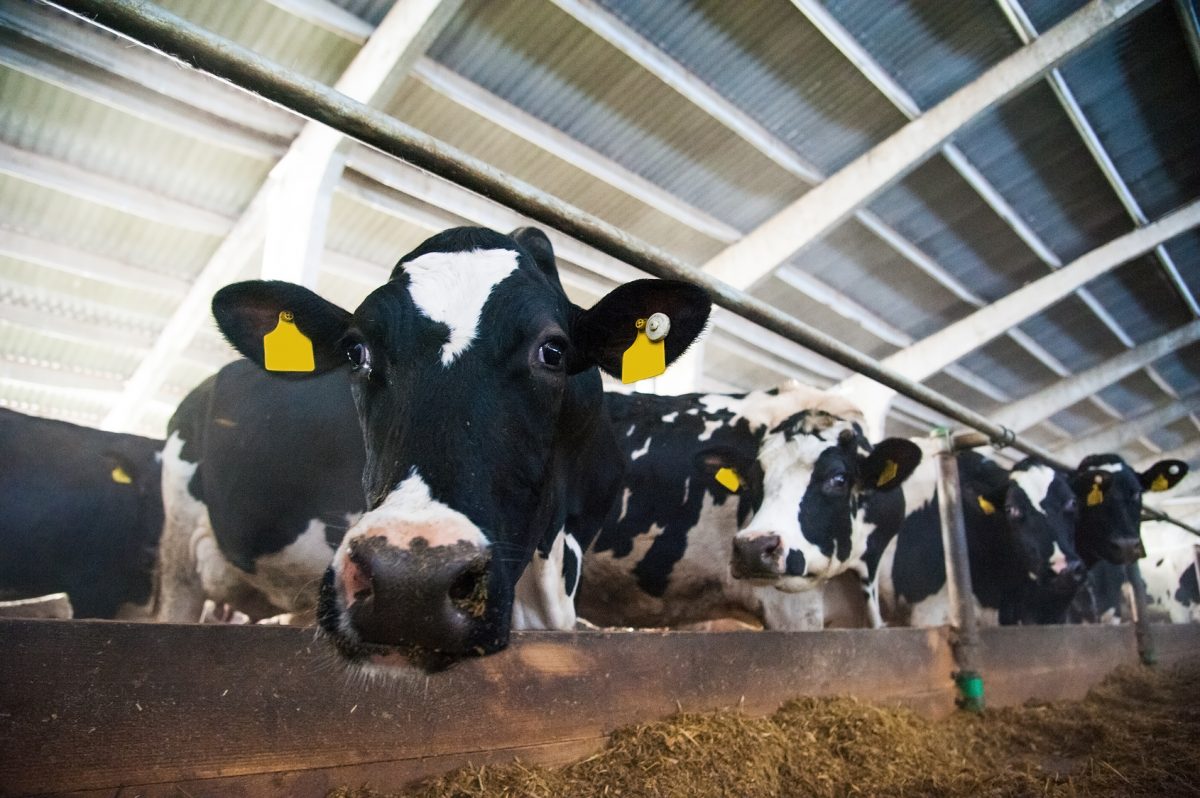 In the past, I’ve been critical of commercial activity on North Carolina’s public university campuses. It competes with private business, attracts unfair tax advantages, and may (in some cases) violate provisions of the Umstead Act. It’s also far outside a public university’s three-part mission of education, research, and service. In most cases, I think business activity has no role on campus.

But last week, I discovered an exception: Howling Cow Ice Cream. The brand is new to me. But ice cream from NC State University’s 300 dairy cows has been available in university dining halls and at the North Carolina State Fair for more than 50 years. NC State also has a long history of milk production, first providing milk to soldiers stationed near the school in 1918. Now, NC State’s dairy farm supplies the milk for the university’s dining halls as well as state prisons.

What’s new is that the ice cream is now sold on campus under its own label. Howling Cow Ice Cream was created in 2005, three years after I left campus. It is made on campus at the Feldmeier Dairy Processing Lab, which is part of the Department of Food, Bioprocessing, and Nutrition Science. The milk and cream come directly from NC State cows on the university’s 389-acre dairy farm in Raleigh.

My son and I sampled Howling Cow’s chocolate ice cream last week at the student center. It was delicious. But that’s not the reason that Howling Cow doesn’t deserve my usual criticism of universities engaging in commercial activity. The Howling Cow model is significantly different than the economic development activities that the Martin Center has critiqued many times.

Of first importance is Howling Cow’s clear educational purpose. NC State began, after all, as the North Carolina College of Agriculture and Mechanic Arts. Agricultural education remains part of the school’s mission. Today, NC State offers bachelor’s degrees in animal science, poultry science, agriculture and environmental technology, and food science, and has a large College of Veterinary Medicine. The school’s Lake Wheeler Road Dairy Research and Teaching Farm has long been the site for students to learn about dairy farming, including hands-on experience in raising and milking cows. Before Howling Cow became a reality, students were already experimenting with making cheese, cream cheese, and ice cream. Branding and selling the product on campus gives today’s students the opportunity to learn how to take a product to market. In modern educational parlance, this is “experiential education.”

Professors have also used Howling Cow as an opportunity to teach related subjects. In 2014, students helped improve the efficiency and sustainability of the case washer, which Howling Cow uses to clean its milk storage cases. It was a group project for Dr. Clint Stevenson’s quality control in food and bioprocessing science class.

Howling Cow (and other parts of NC State’s Dairy Enterprise System) also qualify as part of NC State’s extension mission. As a land-grant institution, NC State has an imperative to meet with farmers around the state and provide practical agricultural instruction. Howling Cow is part of those efforts. In addition to the teaching farm that supplies milk and cream for Howling Cow, the Dairy Processing Lab will soon open a Dairy and Food Education Center on campus. It will host a “Creamery Café” where students can buy ice cream, but also provide space for continuing education and training.

Howling Cow is a significant improvement over some of the North Carolina Cooperative Extension’s other activities, which I cataloged here. Some of the more questionable “services” include environmental and social advocacy and courses that have little to do with the agricultural mission of a land-grant institution.

Howling Cow has also been careful to make sure its activities are legal under the Umstead Act, which forbids state entities from competing with private business. Since its passage in 1929, the Act gave campuses the authority to sell “meals” and “food” to students, employees, and guests of the UNC system. And another exception, enacted specifically for Howling Cow, allows the sale of dairy products by NC State facilities provided that the profits are used to support the Department of Food Science and the College of Agriculture and Life Sciences.

More importantly, most of Howling Cow’s activities follow the spirit of the law. While it’s true that anyone can buy Howling Cow ice cream, the vast majority of the creamery’s products are sold and consumed on campus. (The North Carolina State Fair is the one—longstanding—exception. But students are involved there, too. Students in the Food Science Club serve the ice cream.

The program is neither designed nor intended to compete with local or national ice cream manufacturers. But it does help to offset the high cost of running a working dairy farm. Gary Cartwright, who is the director of the Dairy Enterprise System at NC State, told Our State magazine that the farm, which was once 100 percent state-subsidized, now covers 70 percent of its costs.

NC State is my alma mater. It is also, figuratively, in my backyard, since I still live nearby. That sometimes means that it comes in for an unequal share of my criticism. Its activities are visible—and I hold them to a high standard. But in this case, I found something to commend. I’ll definitely be back to try the other 17 flavors.