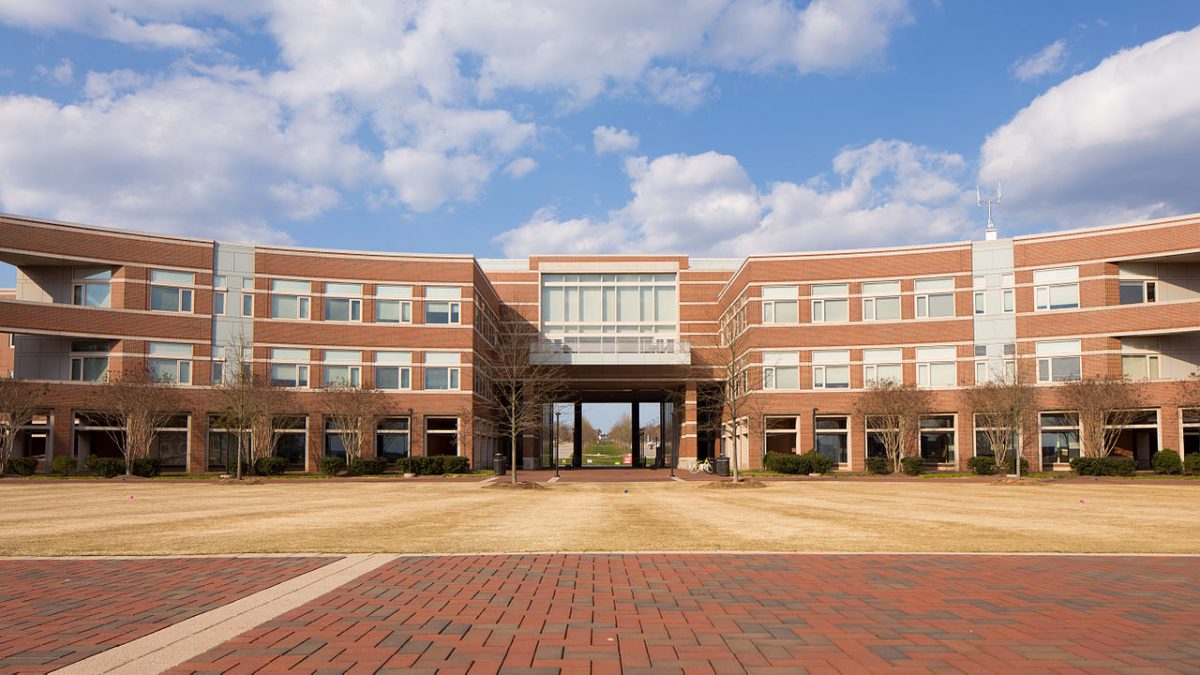 Late last year, NC State University purchased two small office buildings on Oberlin Road, near the university’s East campus, for the price of $3.1 million. Their location, situated between NC State’s historic bell tower and the thriving private, mixed-use community at Cameron Village, has considerable commercial value. If State finds new tenants for the buildings or razes them for commercial redevelopment, it is likely to reanimate a decades-old debate about whether public universities should be allowed to compete with private business.

For there is a law on the books that prohibits just such for-profit activity by North Carolina’s public universities. As originally envisioned, the 1929 Umstead Act would have made the decision an easy one; only activities that were related to the mission of a public university would have been permitted. The Act, which, broadly speaking, regulates “government in business,” is meant to keep the government—whose various entities do not pay state and local taxes—from competing with private individuals or businesses. North Carolina government agencies are specifically prohibited from leasing or subleasing space for the purpose of operating or providing businesses that engage in the sale of goods, the operation of restaurants, the rendering of services to the public, or the provision of transportation services in competition with private enterprise.

Of course, there are exemptions. Universities may sell items that are “incident to the operation of instructional departments or educational research” and may also provide “meals, books, and minor merchandise to staff, students, and their families.”

Over the years, controversy has broken out each time a university or student store has branched into the sale of new products. NC State’s web page explaining the Umstead Act recounts, “In 1989, the UNC-Chapel Hill campus store stopped selling crock-pots and other small appliances after local merchants complained…[but] in 1994, although local store owners complained, the District Attorney refused to prosecute UNC-Chapel Hill for selling such items as children’s books.”

But for the most part, university development of property for research and business campuses has been met with less resistance. NC State entered into this type of economic development when it created Centennial Campus in 1987. The leasing of property to private organizations, in direct competition with other local landlords, only became possible because of an exemption to the Umstead Act. The General Assembly created such an exemption expressly for Centennial Campus in 1997. By 2003, the university had worked with private partners to finance and build more than 480,000 square feet of space. Its star tenant at that time was software company Red Hat.

Although Red Hat moved from Centennial Campus in 2012, the campus is now home to more than 70 corporate, government, and nonprofit entities as well 75 NC State research centers, institutes, laboratories, and academic departments. A good deal of the activity on Centennial Campus is strictly academic or at least incidental to the university’s mission of teaching and research, but there are also many tenants that are private for-profit businesses. Major partners include ABB, the Eastman Innovation Center, the US Department of Agriculture, the National Oceanic and Atmospheric Administration, and LexisNexis.

Centennial Campus has proven so successful—in terms of attracting tenants—that the General Assembly added an exemption for the Horace Williams Campus at UNC-Chapel Hill (aka Carolina North), and a general exemption for “a millennial campus at a constituent institution.” Such exempt research campuses now exist at NC A&T/UNC Greensboro, Appalachian State, UNC Charlotte, UNC Wilmington, Western Carolina, and, most recently, East Carolina.

Many of these campuses play host to activities that have little to do with the academic mission of the UNC system. At ECU, for example, part of the Millennial campus exists in order to “revitalize the urban core” at a 19-acre “Uptown Area site” on the Tar River front in Greenville, NC.

Seen from this perspective, it’s clear that economic development is what’s driving universities to engage in campus expansion and property management. As Jesse Saffron wrote in this article for the Martin Center, economic development was the express, stated purpose of the creation of ECU’s Millennial Campus.

In a discussion on the merits of adding a Millennial campus at ECU, UNC Board of Governors member Harry Smith said, “We are in [an economic] fight in eastern North Carolina and what we have to do is have vision and continue to do everything we can to invest and help ECU compete.” Fellow member Henry Hinton echoed his point, saying, “You’re in a region of the state that needs this badly. In the last census, all the contiguous counties to Pitt County lost population.”

Yet, using public universities to develop regional economies appears to be “mission creep.” To be sure, university students and faculty members occasionally make discoveries that turn into profitable businesses. But making money, starting businesses, and housing private companies seem to be outside the scope of universities’ three-part mission of teaching, research, and service.

Furthermore, the economic benefits to the overall state economy of tax-free, Umstead-exempt university research campuses are questionable, for, not only do such campuses compete with local landlords and reduce the real estate tax base, but the rest of the state is often taxed for at least part of the schools’ expansion.

And, as is often the case with governmental self-regulation, once a university receives an Umstead Act exemption, there is little to no oversight over business activities on campus. The official supervisory body for the Act, the Umstead Review Panel, is part of the UNC system, and three of its nine members are appointed by the UNC Board of Governors. The last report that UNC’s General Administration made on “Activities undertaken under Exemptions to the Umstead Act” was published fourteen years ago, in 2003.

North Carolina state representative Martin L. Nesbitt, who attempted to rein in—or at least clarify—universities’ limits under the Umstead Act back in 2002, met with additional confusion. In response to his inquiries, the North Carolina Department of Justice issued an advisory opinion on NC State’s proposed conference center. The opinion concluded: “An act of the legislature exempting the Centennial Campus from the limitations of the Umstead Act does not necessarily resolve the fundamental, underlying issue of the extent to which business-related activities may be pursued by NCSU as permissible public purposes.” (The ultimate driver of such confusion is that North Carolina has failed to adequately define “public purpose,” leaving the phrase up for considerable interpretation.)

Going forward, legislators and members of the university community should think carefully about the central roles of public higher education and the reasons why the Umstead Act is necessary. North Carolina needs a clearer division between public and private activity and between education and business services. Without action, this mission creep will continue.

(Editor’s Note: This is the first article in a series about university real estate in North Carolina.)