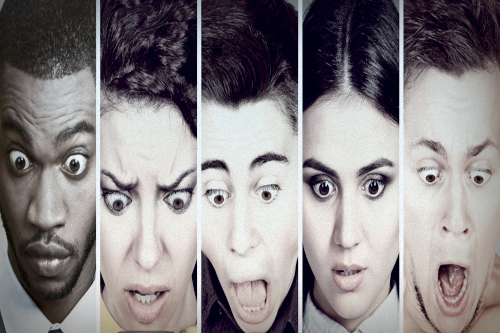 From Evergreen State College in Washington to Yale University in Connecticut, campaigns to punish or fire professors accused of thinking or saying things outside the bounds of political correctness seem to crop up with disturbing regularity.

Often, we’ve seen these attacks coming from students, faculty, and administrators on the Left. Sometimes, however, conservatives have similar knee-jerk reactions to professors and campus speech they find offensive. I should know—I actively engaged in an effort to stifle a professor while an undergraduate at the University of North Carolina at Chapel Hill.

In 2015, a UNC freshman wrote a College Fix article drawing attention to the course “English 72: Literature of 9/11.” On paper, this class seemed troubling. It covered a variety of readings that appeared to give only the perspectives of terrorists, terrorist sympathizers, comics criticizing the nationalist fervor following the attacks, and critics of the Iraq invasion.

Media outlets descended on Chapel Hill. Many people called for the course to be canceled. Some called for the professor, Neel Ahuja, to be fired. As chairman of the UNC College Republicans, I met with the chancellor and administrators and insinuated that someone who taught such a class should not be employed, though I hadn’t taken the class or read, in depth, the assigned readings.

The controversy died down after administrators opted to not offer the course the following semester. And in another gesture, they hosted a “9/11 Never Forget Exhibit” on campus. As for Ahuja, he was not fired, although he did eventually find a new position at UC Santa Cruz.

As I’ve learned more about academic freedom and the importance of intellectual diversity, I’ve come to see error in the way events unfolded and in my initial reaction to the course. I’ve spoken to students who took the class. I’ve studied its assigned readings. The picture painted after an in-depth look at the course is different from the one painted after reading only its short description. The material was in my view one-sided, but the instruction and discussion weren’t.

Ahuja apparently challenged the more offensive, problematic readings. He hadn’t shut down debate and views critical of the course materials, according to self-identified conservative students who took the class. And according to students, he even showed the film Zero Dark Thirty, which portrays Navy SEALS and CIA agents on their mission to kill Osama bin Laden.

A fact sheet released by Chapel Hill provides further nuance about the course often overlooked at the height of its controversy. This was a literature class, after all—an environment in which, we would hope, students foster appreciation for complexity and the gray areas of human existence, as well as an ability to understand ideas they may not agree with. The 9/11 attacks had far-reaching cultural and political ramifications, and resulted in countless poems and novels. There clearly is value in studying such literature with a scholarly, objective eye.

I’ve come to realize that I and like-minded individuals unfairly judged a book by its cover, so to speak. It’s as if we discovered that a professor had assigned Nabokov’s Lolita to his students, and then condemned him for supporting child molestation and abduction. And in criticizing the 9/11 course without fully understanding it, we fomented the same unthinking intolerance of opposing views shown by the Left in recent years on campuses across the country.

I still believe the course was in some instances one-sided and disrespectful to families that lost loved ones in the September 11 attacks. The course would have been better if it had included works criticizing the perspectives of the terrorists. But that doesn’t justify my response.

When Yale students demanded the firing of professors Nicholas Christakis and Erika Christakis for questioning a university email urging students to avoid wearing offensive (that is, non-PC) Halloween costumes, conservatives were outraged. When Evergreen State students began a crusade against professor Brett Weinstein for criticizing their racist call to have white people leave campus for a “Day of Absence,” conservatives were outraged.

Yet when some Chapel Hill students, albeit more peacefully, lambasted Professor Ahuja and his course, many conservatives were quick to join the side of the students.

When a course is offered that we feel seriously disrespects the nation we love, people we identify with, or those who have given their lives to protect us, it is tempting to simply call for its cancelation and the professor’s removal. But does doing so make us any better than the students at Evergreen State or Yale engaging in witch hunts against their professors?

Hostility to opposing views often comes from the Left, but there are signs that it may soon become a problem on the Right as well. For example, a recent Economist poll revealed that over 47 percent of Republican voters are in favor of the government “punishing biased or inaccurate news media, even if that means limiting freedom of the press.” Combating this kind of mentality is something liberals and conservatives need to work on.

The next time a professor teaches a contentious class, or an administrator or academic says something politically incorrect or radical, we must stop ourselves from becoming a firing squad intent on making that person unemployable. In the long run, that kind of reaction will do little to counter campus extremism, or bring about greater intellectual diversity on campus.

Class readings, etc., should still be questioned (at public universities especially), but criticism should focus on ensuring that courses are fair in terms of covering subject-relevant material, not that they are necessarily free of ideology or controversial opinions. I had liberal professors over the years, and while their views were often well-known in the classroom, most (there were exceptions) didn’t become overbearing or hinder students’ ability to learn or debate ideas.

In this era of “outrage culture” and hostility to free speech, we should take it upon ourselves to create an intellectual environment ripe for the pursuit of knowledge and truth, wherever that may lead. In terms of higher education, that means emphasis should be on putting bad or ill-conceived ideas in front of the firing squad, not professors’ jobs and academic freedom.