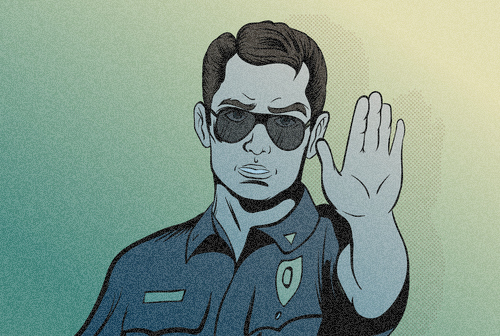 During my time at the University of North Carolina at Chapel Hill, where I graduated this spring, many of my peers and professors seemed to genuinely care about the free exchange of ideas, students were often pushed to explore all sides of an issue, and analysis of factual evidence was usually a key goal of any discussion. But I also experienced the opposite—intellectual intolerance spurred on by ideologically rigid students and similarly dogmatic faculty members.

Whereas good professors of all ideological stripes push students to examine the best arguments on each side of an issue, others sometimes function as thought police, telling students what to believe and presenting the best arguments for their views while dismissing counterarguments and other ways of thinking. In my case, that kind of intolerance was compounded by my presence on campus as an “out” conservative—I served as chairman of the College Republicans, editor of the Carolina Review (our campus conservative journal), and did not hide my Catholicism.

To be sure, my undergraduate experience was, on the whole, intellectually rewarding. But I did encounter roadblocks during my undergraduate education that hindered my ability to fully explore subjects in the classroom. Pope Pius XII wrote in 1957 that a liberal arts education helps to impart “penetration of thought, broadmindedness, fineness of analysis, [and] gifts of expression.” Unfortunately, there were too many instances at Chapel Hill where those qualities were absent, both in students and professors.

The first, and most memorable, of these negative experiences happened in the fall of my junior year. I took a class titled “Civil Liberties in the United States,” taught by a professor in the political science department. Since this was a class on constitutional law focusing on the Bill of Rights and its changing interpretation, I suspected that the classroom dynamics and discussions would be contentious from the beginning.

However, I did not expect the professor to be so completely and openly hostile to the expression of opinions opposite his. On issues such as the First Amendment, the working definition to be used in class for religious liberty was the one the professor agreed with—not any other. Forget anything about exercising freedom of religion—this professor had a narrow interpretation of religious liberty, one not even supported by recent Supreme Court decisions.

For example, despite the Court having just ruled in Burwell v. Hobby Lobby that closely held businesses qualify as persons under the Religious Freedom Restoration Act and therefore are entitled to its protections, my professor maintained the opposite position without explaining the Court’s decision, or why some legal scholars might agree with it.

The Second Amendment was no different, nor the Tenth. This professor regularly belittled originalist and textualist positions on the Constitution. The professor even went so far as to call Justice Antonin Scalia a “dimwitted idiot” (as opposed to a non-dimwitted idiot…) and question how Justice Clarence Thomas could possibly reach the conclusions he regularly did and still call himself a black man.

By the end of the semester, my fellow conservative students were exhausted. Most of them had simply ceased talking in class. But I—perhaps stubbornly, and certainly ignoring possible grading repercussions—would not let a class go by without expressing alternative views and opinions, many of which the professor disliked.

I continued to voice conservative positions on the Second Amendment, on religious liberty, on freedom of speech, and on the separation of powers between the state and federal government. On my final exam, I even quoted a portion of the Supreme Court’s decision in District of Columbia v. Heller, in which the Court reaffirmed that the Second Amendment guarantees an individual’s right to bear arms. That was something the professor had repeatedly denied throughout the semester, claiming that it only gives an organized militia this right.

What results did this bring? The professor failed me on the final exam and gave me a “C” on participation. This, however, was not the only extreme classroom intolerance I experienced.

The next semester, I took a course on state government, also taught by a political science professor. This professor began class by bashing the Republicans in control of the North Carolina legislature. And often, the professor would share the best liberal arguments on the issues we discussed, but only the worst conservative ones, making little apparent effort to help students understand those with whom they might have disagreed.

When I or another conservative student would contribute a differing opinion or argument to class discussions—say, for example, one in favor of the Republican legislature’s budget and tax reforms—the professor would call our arguments “silly,” fail to actually address their substance, and launch into a tirade of insults about how Republicans hate the poor and want the elderly to just die off. At the end of the semester, despite the fact that I had contributed almost every class period, the professor failed me on my participation grade. I spoke with other conservative students and learned they had failed on participation as well.

Similar scenarios played out repeatedly during my time as an undergraduate—some with less negative consequences, others with more. What matters most, however, is that intolerance of open discussion, which stunts real learning, is occurring in any university classroom at all.

A little over two years ago, Michael Munger, chair emeritus of Duke University’s political science department, wrote a Martin Center article on this very topic. His concern, however, was not just for conservative students like me who are frustrated by the frequent repression of thought and opinion by university professors, but also for our liberal peers. These students almost never have their core beliefs, values, and political ideas challenged in the classroom. Munger had been inspired by John Stuart Mill, who once said:

[The] peculiar evil of silencing the expression of an opinion is, that it is robbing the human race; posterity as well as the existing generation; those who dissent from the opinion, still more than those who hold it. If the opinion is right, they are deprived of the opportunity of exchanging error for truth: if wrong, they lose, what is almost as great a benefit, the clearer perception and livelier impression of truth, produced by its collision with error.

I have seen firsthand how ideologically-driven professors have, in some instances, robbed conservative students of grades and opportunities rightfully earned. But I also have seen something that will likely be far more pernicious in the long run—liberal students avoiding the sort of “collision with error” that would help them to distinguish truth from falsehood, and sound arguments from emotional or otherwise flimsy ones.

If these trends continue, the “penetration of thought, broadmindedness, fineness of analysis, [and] gifts of expression” identified by Pius XII as the fruits of a college education will be no more. And by preventing our future leaders from learning how to rationally discuss issues and reach mutually agreeable solutions, colleges will have undermined, at least to some degree, our social fabric and our continuing experiment with self-government.