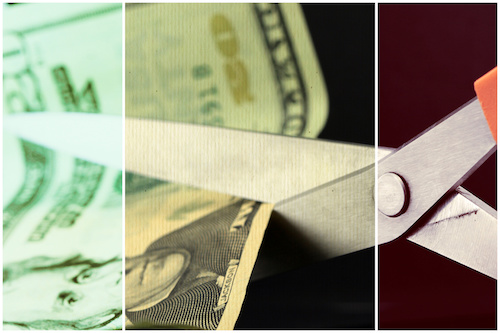 Temperatures in North Carolina may not yet have reached their high point this summer, but tensions certainly are heating up now between the UNC School of Law and the North Carolina General Assembly over the latter’s proposed budget.

The North Carolina Senate’s budget proposal, now being debated in the House, includes a $4 million reduction in funding to the law school, constituting nearly a third of the appropriation the school receives from the state.

Some observers have suggested that the proposed cut is retaliation for the law school’s perceived leftward lean, the politicization of the school’s Center for Civil Rights, and the activism of controversial law professor Gene Nichol.

Case studies in other states show why legislators should think twice about this kind of meddling.

The logic behind such a retaliation is fairly easy to understand: if an academic institution allows progressive ideology to interfere with learning in the classroom or shape extracurricular offerings, the problem can be solved by hitting the school where it hurts—in its wallet.

Yet, this attempt to force the school to adhere to the legislature’s vision of what a law school should be is shortsighted. Instead of incentivizing greater intellectual diversity, in the long run it could endanger the school’s academic standing and embolden campus radicals. Case studies in other states show why legislators should think twice about this kind of meddling.

In 2014, for example, South Carolina legislators voted to slash funding to the College of Charleston and the University of South Carolina-Upstate after learning about the schools’ summer reading programs. Both schools had selected books that discuss LGBT issues in America, one from the perspective of a child. In response, conservative lawmakers sought to use the power of the purse to force administrators to either drop the books or provide an alternative.

The only problem with their plan? It didn’t work.

Administrators at both schools ignored the legislative pressure and kept the books as the only options for students to read. In a further failure of legislators’ efforts, the College of Charleston went on to assign True American by Anand Giridharadas in 2016. That book often tries to link conservatism and dominant social attitudes in America to racial violence through an investigation of a Texas man’s racism-inspired murder spree following 9/11. (The legislature ended up restoring the $69,000 funding cut in question, but mandated that both schools spend that amount on teaching students about the Constitution, Declaration of Independence, and Federalist Papers.)

Another example of this kind of legislative pressure comes from Missouri. Last year, the legislature there passed a budget that stripped nearly $4 million from the University of Missouri following student- and professor-led protests linked to the Black Lives Matter movement, one of which infamously involved a journalism professor calling for the violent removal of a student reporter. The result? The University of Missouri is just as radical now as it was prior to the budget cuts. Meanwhile, its U.S. News & World Report ranking has started to slip.

Beyond the possibility of contributing to such unintended consequences, or simply failing to curb the activities of progressive campus ideologues, politicized budget cuts provide the perfect justification for radical professors to portray Republican legislators, and conservatives in general, as anti-education and opposed to academic freedom.

If conservative NC legislators’ goal is to end ideological one-sidedness at Chapel Hill’s law school, and create more intellectual diversity on its campus, they should first look at campus initiatives in other states that have had some success.

Another recent successful program was the Boot Camp in Originalism hosted by Georgetown Law’s Center for the Constitution. This week-long seminar brought law students from around the country to learn about Originalist interpretation from some of its most accomplished champions in America including Justice Clarence Thomas and former Attorney General Edwin Meese.

And in Colorado, a Visiting Scholar of Conservative Thought and Policy chair was recently established at UC-Boulder. Professor Francis Beckwith, the 2016-2017 Visiting Scholar, summed up his experience in this Martin Center article. He served the campus and surrounding community as an expert on conservative thought, providing students, conservative and liberal, with opportunities to hear and learn from diverse viewpoints in a scholarly setting.

These are just a few examples, but they show what fostering intellectual diversity looks like in action. Such options are far more preferable to threatening cuts that will not actually put a conservative professor on campus and will only further entrench a one-sided perspective.

The NC legislature, in concert with the UNC system’s Board of Governors, could instead work toward, for example, endowing a chair at Chapel Hill’s law school—perhaps a Professor of Constitutional Originalism. They could create pro-bono programs for First and Second Amendment cases, or encourage the school to invite more conservative scholars to lecture.

By pursuing these solutions, North Carolina policymakers could become national leaders in terms of helping to open new channels of dialogue on campus.

The legislature and Board of Governors could further strengthen intellectual diversity by seeking private donors to contribute to the endowment. Or they could endow other chairs of conservative thought in various legal fields, or even an entire center on Originalism in the vein of the University of San Diego.

These alternative solutions would not end all of the legislators’ complaints about the law school. The professors they dislike would still teach there. The various causes taken up by students and professors in the Center for Civil Rights would continue. But, for the first time in many years, there would be a professor at the school teaching a side of legal thought that often is overlooked, helping conservative students do pro-bono work they care about, and teaching liberal students why conservative scholars believe what they do.

The problem of intellectual and ideological one-sidedness in law school is widespread. By pursuing these solutions, North Carolina policymakers could become national leaders in terms of helping to open new channels of dialogue on campus. Perhaps more important, they would be helping to produce better legal minds and future leaders, whether liberal or conservative.