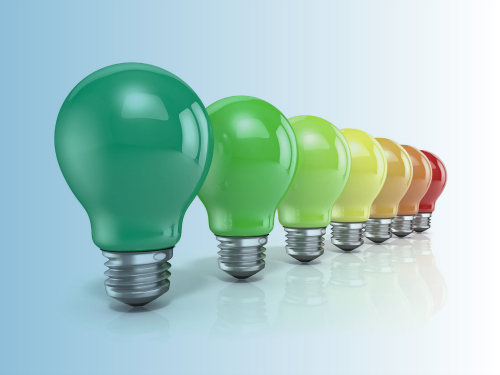 There is something about judicial nominations that brings out the worst in U.S. Senators. Judging from the academic debate over the nomination of Judge Neil Gorsuch to the Supreme Court, it seems to bring out the worst in legal academics too.

Judge Gorsuch is an avowed proponent of “originalism,” the idea that the original public meaning of the Constitution’s text should control the outcome in constitutional cases. To some this approach to constitutional interpretation may seem like common sense, but it is hardly a universal view. Although many judges and justices ascribe to an originalist judicial philosophy, this approach is not popular in the academy.

What is notable about the academic debate over originalism is not that such a debate exists, but that so much of the debate is misinformed—misinformed about what originalism does or does not entail and why it might be endorsed. In the weeks leading up to the vote on Neil Gorsuch’s nomination, numerous legal academics rose to attack poor caricatures of originalism, and their misinformed attacks were often repeated in the Senate.

Some of the straw men offered by otherwise-notable academics were so flimsy, it was as if they had never encountered a real originalist in the flesh, let alone spent time trying to understand the point of view they were critiquing. Again, the problem was not that they were attacking originalism, so much as the critics did not even appear to comprehend the target they were shooting at.

There are many possible reasons for the empty debate over originalism. One possibility is that some of these critics lack familiarity with originalism, along with other points of view that are unpopular in the academy.

Indeed, most major law schools have fewer conservatives or libertarians on their faculty than can be found on the U.S. Supreme Court.

As a consequence, at many law schools, students rarely encounter the forceful articulation of right-of-center views. Thus it should be no surprise that many who study in American law schools fail to understand such views. Reading a book or some court opinions can only do so much.

Training lawyers requires teaching students how to understand and get inside the arguments of those with differing interests, outlooks, and orientations. It requires developing the ability to understand and articulate points of view that one does not believe. Doing this effectively requires exposure to differing points of view, and that’s difficult to achieve when faculties are ideological monocultures and echo chambers.

Most legal academics are well to the left of those whom law students will represent, as well as to the majority of judges before whom they will practice. This imbalance affects students. I would argue that it affects academics as well. If you are not forced to confront, thrust, and parry with an alternative worldview, chances are you will not understand it, let alone grasp its strengths and weaknesses. Instead, you are more likely to imagine a caricature—a caricature formed as much by your own in-group’s biases as by the relevant characteristics of that philosophy.

A lawyer need not agree with a client or a judge to be an effective advocate, but it is important to understand the perspective of the position one has to represent—as well as the perspective of the other side. The best legal advocates fully comprehend the strongest arguments for the other side and are able to present arguments that can appeal to decision-makers who may approach difficult legal questions from a perspective quite different from their own.

The ideological imbalance that pervades legal academia not only fosters groupthink, it undermines the ability of law schools to train effective legal advocates.

The problem is not the dominance of progressivism or modern liberalism, so much as the existence of a persistent monoculture. As Georgetown’s John Hasnas notes, “surely the robust exchange of ideas is enhanced by exposure to and interaction with people who have diverse political and philosophical viewpoints, not only cultural or ethnic backgrounds. Actually engaging with those with whom one disagrees can break down stereotypes and promote understanding across ideological divides.”

Liberals and conservatives alike can fall prey to motivated reasoning and confirmation bias. One benefit of ideological and viewpoint diversity is that it can provide a check on such tendencies. For would-be lawyers, it facilitates a greater understanding of one’s potential clients and their adversaries.

The lack of ideological diversity on law school faculties is fairly clear. The causes of the ideological imbalance, however, are the subject of some dispute, likely because a range of factors are in play. As I’ve noted in other writings, there is almost some degree of self-selection (i.e., some conservatives and libertarians are more likely to pursue more remunerative careers than some liberals). At the same time, academic institutions tend to replicate themselves, meaning that they are institutionally unlikely to diversify themselves without concerted effort.

Bias – conscious and unconscious – also plays a role. I know of law professors who would refuse to support hiring anyone who had clerked for Justice Thomas, and others that would not even consider interviewing fully qualified job candidates with overtly right-leaning entries on their resumes. And because it is always easier to sink a candidate than to get someone hired, a little bit of bias can go a long way.

One way to shed additional light on the causes and consequences of ideological bias in legal academia would be to study the question, such as by analyzing data from the Association of American Law Schools (AALS) Faculty Appointments Register (FAR). Analysis of such data in the past has produced interesting findings on racial disparities in law school hiring. An analysis of ideological factors in hiring might likewise be illuminating.

Alas, the AALS will not allow such research to be conducted. While the AALS has allowed researchers to use FAR data to examine the role of race in law school hiring, it refuses to allow a similar inquiry into the role of ideology. It appears to have, as my colleague George Dent notes here, “no interest in viewpoint diversity.”

The AALS styles itself as a learned society. Its stated mission is “to uphold and advance excellence in legal education.” Further, the AALS proclaims that “In support of this mission, AALS promotes the core values of excellence in teaching and scholarship, academic freedom, and diversity, including diversity of backgrounds and viewpoints, while seeking to improve the legal profession, to foster justice, and to serve our many communities—local, national, and international.” (Emphasis added.)

Law schools, as much as any other part of the academy, rely upon a robust exchange of views to further their pedagogical mission. Insofar as law school faculties fail to reflect and represent the range of views found within the legal profession—let alone society at large—it is difficult for law schools to fulfill their pedagogical aims. If law schools (and the AALS) were truer to their mission, they would do more to understand and address the causes and consequences of ideological uniformity on law school faculties.