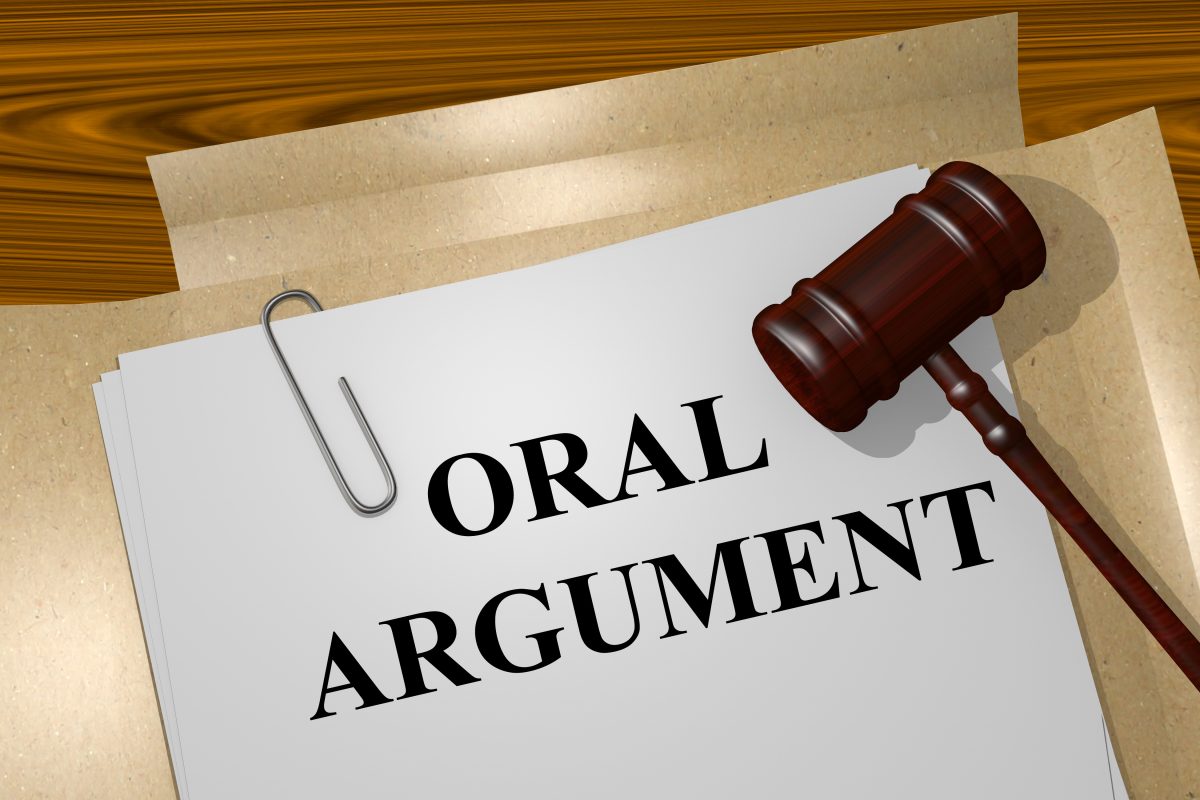 One week ago today, attorneys for Students for Fair Admissions (SFFA) laid out their cases against Harvard and the University of North Carolina before the U.S. Supreme Court. The justices also heard arguments from attorneys representing the defendants and the Executive Branch.

While the plaintiff held firm on the narrowly tailored position that racial preferences are wrong, proponents of race-based affirmative action brought to the Court overblown theatrics concerning diversity. Putting an end to race-conscious college admissions would, they explained, have devastating effects on campus diversity, which could not be compensated for by race-neutral alternatives.

This inherent self-contradiction, between the gloomy anticipation of disruptions to the diversity pipeline and the quibble that race really doesn’t matter that much, was echoed by Associate Justice Sonia Sotomayor, Associate Justice Elena Kagan, and Associate Justice Ketanji Brown Jackson. Justice Jackson, who heard the UNC argument despite recusing herself from the Harvard case, repeatedly referred to the existence of 40 factors other than race in the university’s holistic model.

Is the first of progressives’ contradictory claims really the case? Will ending pernicious racial discrimination truly be so bad for the American people, the majority of whom, according to the latest poll by the left-leaning Washington Post, want to keep race out of college admissions?

Diversity is Not Equivalent to Racial Proportionality

The glaring issue with the reasoning that diversity itself is on trial is that the multidimensional nature of diversity makes the concept impossible to substantiate and quantify. Justice Sotomayor defaulted to racial diversity by arguing that “race is part of culture and culture is part of race” while hearing the UNC case. But her comment is an oversimplifying one. A lopsided emphasis on racial diversity crowds out more constitutionally and legally permissible forms of diversity.

In a recent interview with the Wall Street Journal, legal scholar David Bernstein pinpoints the contrast between the arbitrary use of racial box-checking and the reality of nuanced ethnic diversity. He is right. Among the 46.8 million Americans who self-identified as Black in a 2021 Pew survey, 10 percent were foreign-born, while 41 percent of those born between 1997 and 2012 are multiracial.

Similar “within-group” diversity exists among Asian Americans, around 60 percent of whom were foreign-born from more than 20 countries of origin. As for the 62.5 million Hispanic Americans, about 27.6 million identified as multiracial, and 20 percent identified as white (compared with 53 percent in 2010).

Socioeconomic diversity is not replaceable by racial diversity.Socioeconomic diversity is also not replaceable by racial diversity. Citing legal briefs presented by SFFA, Associate Justice Clarence Thomas mentioned that 82 percent of Harvard’s current students came from wealthy families. Indeed, the academic achievement gap by income is twice as large as that by race.

How much more diverse can a college campus become by giving admission to black, Latino, and Native American applicants with rich parents and sacrificing Asian and white applicants from poorer backgrounds in the name of racial representation? As Chief Justice John G. Roberts commented in the UNC trial, race-based considerations can permeate other aspects of life and signal to students and society at large that “race matters.” This is why racial classifications are divisive.

The elephant in the room is viewpoint diversity, or the lack thereof. A 2022 survey on campus free speech found that 63 percent of college students worried about reputational damage if they spoke up about their actual beliefs, and 63 percent deemed shouting down controversial speakers acceptable. Another survey of 12,372 American college professors revealed an 8.5-to-1 ratio of registered Democrats to registered Republicans, a ratio that is almost eight times larger than that of the general population. If students don’t feel comfortable voicing disagreements and professors are overwhelmingly biased, how can a robust exchange of ideas, a vital ingredient of true diversity, flourish?

Race Consciousness Has a Shelf Life

Throughout the two trials, Supreme Court justices pressed the attorneys representing Harvard, UNC, and the Biden Administration on a thorny question: When will the end-point for racial preferences come? According to Justice Harry A. Blackmun, in his dissenting opinion in Bakke (1978),

I yield to no one in my earnest hope that the time will come when an “affirmative action” program is unnecessary and is, in truth, only a relic of the past. I would hope that we could reach this stage within a decade, at the most.

We expect that 25 years from now, the use of racial preferences will no longer be necessary to further the interest approved today.

While the specific time predicted has varied, the idea that racial preferences cannot be practiced in perpetuity has been consistent. Instead, as Associate Justice Amy Coney Barrett said during the UNC hearing, only the remedial use of race consciousness under narrowly tailored circumstances, such as to remedy past discrimination, is permissible.

The Sticky “Asian” Question: Who Bears the Cost?

Lawyers arguing in favor of continued racial preferences seemed to ignore the main group impacted by race-based affirmative action: Americans of Asian descent. It almost seemed like the quantifiable harms of race-preferential admissions on this particular group were too much of a footnote to deserve mentioning, despite their being the central focus of SFFA’s legal challenges. In the face of the bigger moral crusade to defend racial diversity as the chief characteristic of our nation, is it simply too inconvenient to drag in the Asians?

When urged by Associate Justice Samuel A. Alito to confront the fact that Asian-American applicants get the lowest “personal ratings” by Harvard, attorney Seth Waxman responded with arrogance and denial: This is merely “a slight numerical disparity” having no bearing on the school’s admissions decisions. Justice Alito was unimpressed: If the system of personal ratings fades into the background, “Why do you do it then?”

Even former admissions officers have come forward to corroborate the bias. According to Sara Harberson, former associate dean of admissions at the University of Pennsylvania,

There’s an expectation that Asian Americans will be the highest test scorers and at the top of their class; anything less can become an easy reason for a denial. And yet even when Asian American students meet this high threshold, they may be destined for the wait list or outright denial because they don’t stand out among the other high-achieving students in their cohort. The most exceptional academic applicants may be seen as the least unique, and so admissions officers are rarely moved to fight for them.

At the end of the day, the material evidence of egregious bias against Asian students only enhances the baseline issue: Racial preferences inevitably translate into racial discrimination, and both erode the principle of equal protection. The Asian American Coalition for Education, a national grassroots organization in partnership with SFFA, filed a joint amicus brief on behalf of 370 Asian-American organizations and led a rally for equal educational rights at the doorsteps of the Supreme Court on October 30. AACE President Yukong Zhao commented,

American society is engaged in a wrong debate on diversity. The root cause behind a lack of racial diversity on college campuses is failing K-12 education in inner cities and in many other minority communities. Politicians and policy makers should focus on developing effective solutions to improve K-12 education and stop using Asian-American children as scapegoats during college admissions to cover up their policy failures.

After all, non-discrimination, the letter and spirit of the 14th Amendment and of the Civil Rights movement, transcends the temporary fix of race consciousness. We as a nation must fundamentally settle this puzzle: Can we award preferences based on arbitrary racial classifications without simultaneously penalizing other groups whose memberships are also based on crude race categories?

It is a simple mathematical question. Race warriors and diversity champions have turned college admissions into a zero-sum game: The flip-side of preference is discrimination. Justice Thomas sharply framed the answer in the context of two rhetorical questions: Aside from feelings, what exactly is diversity? And: What are the academic benefits of diversity?

For Chief Justice Roberts, the answer was straightforward: “We fought a civil war to eliminate racial discrimination, and that’s why it’s a matter of considerable concern.”

Wenyuan Wu holds a Ph.D. in international studies from the University of Miami and is the executive director of Californians for Equal Rights Foundation.

What the Justices Heard and Said

The Reopening of the American Mind

Self-Identified “Compelling Interests” are Not a License to Discriminate