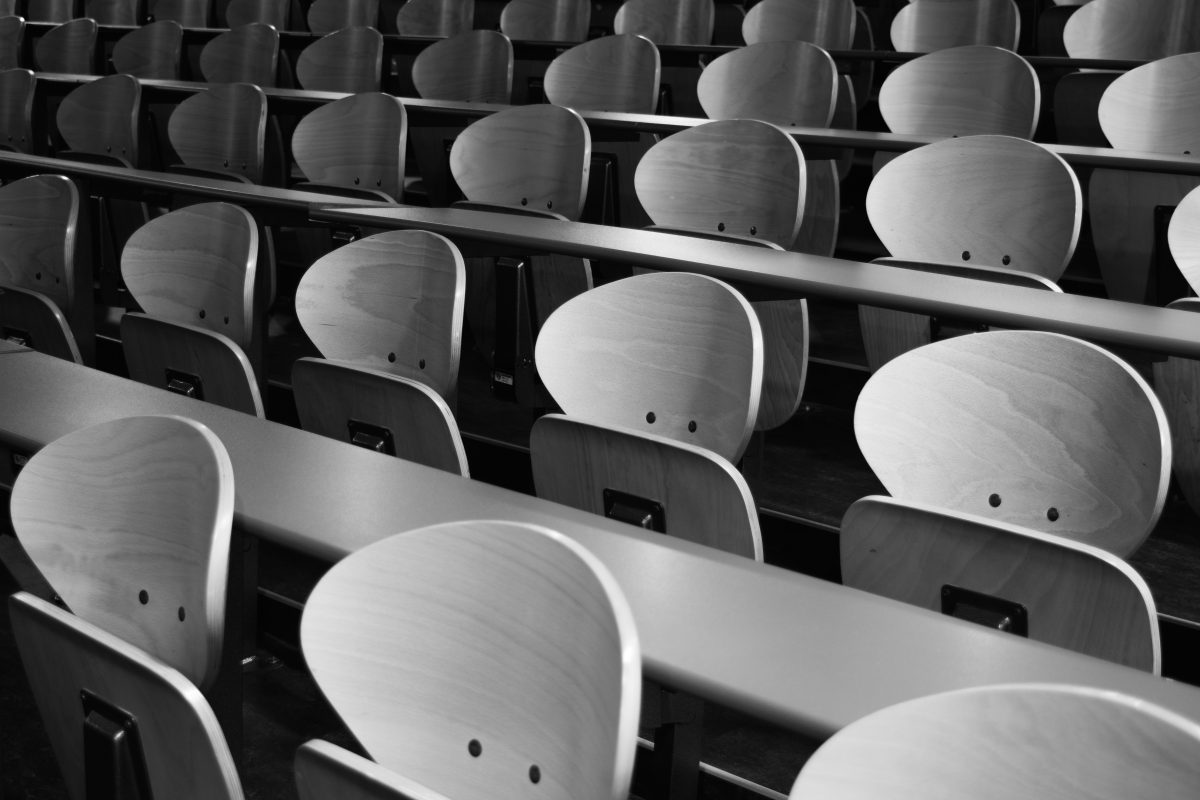 Currently, nine states prohibit colleges and universities from practicing race-conscious admissions. That number may soon become ten if a new bill in the North Carolina legislature is successfully adopted.

Public opinion polling shows that an overwhelming majority of Americans oppose racial preferences in college admissions. Even in states dominated by the political left, citizens have made it clear that they prefer students be admitted into college based on merit, not based on the color of their skin. One person who can testify to this reality is Wenyuan Wu.

Wu is executive director of Californians for Equal Rights, which is a nonprofit in California dedicated to the principle of color-blind equal rights. Wu and her colleagues work to oppose legislative attempts to instate racial and gender preferences in government programs, including higher education.

In August, the Martin Center spoke with Wu to discuss why preferential treatment in admissions is a flawed policy, as well as states’ attempts to ban it. The transcription has been edited for clarity and length.

Advocates of race-conscious admissions say that such practices help close the enrollment and achievement gaps for minorities. Is that true, do minorities have better academic outcomes because of affirmative action?

Well, before I can definitively answer that question, I think we should, first and foremost, examine the meaning and historical evolution of affirmative action as a government policy. Affirmative action when it was first instituted as a federal policy, through president JFK’s executive order 10925 in March 1961, was supposed to be a policy to guide federal contractors and federal employees so that they take affirmative action to ensure that job applicants are employed and treated during the course of employment without regard to their race, color, creed, or national origin.

So originally, affirmative action was a policy that was coined around the principle of nondiscrimination to reflect squarely the letter and spirit of the 1964 Civil Rights Act, as well as the 14th amendment to the US Constitution. However, in 1965, President Lyndon B. Johnson issued Executive Order 11246, which overrode the JFK nondiscrimination principle of affirmative action. And that new executive order in 1965 required federal contractors to implement affirmative action plans to increase the participation of minorities and women in the workplace.

If we define affirmative action in its actuality, which is synonymous with race-based preferences, my answer is “no,” it has not helped the intended beneficiaries that the policy has purported to benefit. In reality, when we look at say, for example, the academic achievement of underrepresented minorities at various privileged universities, like Ivy League schools and some flagship state universities, you see that both the graduation and matriculation rates of underrepresented minorities have stayed stagnant or even declined in the last 35 years or so.

In fact, a 2017 New York Times article pointed out that even with affirmative action, Latino and African American students nowadays are more underrepresented at selective US colleges than 35 years ago. So what does that mean? That means that race-based affirmative action has not lifted up these intended beneficiaries, and in other ways they are hurt. They are hurt in two ways. They’re hurt by one, the soft bigotry of low expectations that they cannot compete with their peers from so-called overrepresented groups like Asian American students [or] Caucasian students if they are not given racial preferences in large scales. And number two, they are hurt because when they are admitted into an academic institution, on large scale [by] racial preferences, they are not competing with their peers on an equal footing. They are actually hurt by what a professor at UCLA, Richard Sander, has coined as “academic mismatch.”

Adopted in 1996, prop 209 prohibits the state of California from ​​” discriminating against, or granting preferential treatment to, any individual or group on the basis of race, sex, color, ethnicity, or national origin” in public institutions. It essentially guarantees color-blind treatment. But there were efforts last year to repeal prop 209. Why was there a push to repeal? What ended up happening?

Long story short, in 1996, California became the first US state to ban race-based affirmative action, at the state’s level, through prop 209. Prop 209 passed with a majority vote of a little over 55 percent, back in 1996 when the state was way less progressive and way less racially diverse. However, over the last 25 years, there have been several attempts to roll back this nondiscrimination protection of equal rights in California. When you examine the language of Prop 209, it mirrors the language of the Civil Rights Act of 1964. It’s essentially not a ban on affirmative action, it’s a ban on racial preferences. In other words, since 1996, affirmative action has never been absent or categorically outlawed in California. It’s the type of affirmative action that veers into the territory of racial preferences that got banned by prop 209.

How did [the legislature] accomplish its goal so quickly? Because of COVID-19, number one. The state legislature enacted some emergency measures to fast track bills, so that a lot of bills did not have to be heard in two committees in each level of the state legislature. Instead, the ACA-5 only had to pass the state Assembly Education Committee, and symbolically the State Assembly Appropriations Committee, and the same counterparts in the state Senate. So, it had a very smooth journey throughout the statehouse.

And then, the summer of racial recognition also happened last year nationally, which accelerated the passage of ACA-5. And when it got out of the state legislature, it became proposition 16, which was voted down eventually in the state’s November general election last year. I think the political capital and the cultural support for repeal [of] race-based affirmative action in California were very ripe last year, due to a lot of contingencies: the contingency of the pandemic, the contingency of racial reckoning, and also the institutional support of a supermajority Democratic state legislature. However, there has been a growing and stable national consensus, both in public opinion polls and on the ballot, against racial preferences. As a result, prop 16 was voted down overwhelmingly by 57.2 percent of the California electorate, which equated to over 9.65 million voters last year.

The bill became one of the largest electoral losses in California last year. And as a result, our campaign against prop 16, which was known as “no on 16,” by Californians for equal rights, was one of the biggest winners in the state of California in the last election. And we did it with very, very little money. We were outspent by a factor of almost 17 to one. And that’s only the financial part. We raised a little over $1.7 million, the “no on 16”  campaign. And the “yes on 16” campaign —and we’re not talking about the PACs supporting the campaign on the outskirts— raised over $31 million. And they were endorsed by anyone who is someone in the state of California and nationally. Still, we won. And that just shows that sometimes the establishment’s interest or ideology does not align with public opinion.

In the end, I think the majority of Californians, just like the majority of Americans, live in the middle. And they don’t want anything that’s so radical. The proponents of Prop 16 believed that we can fight discrimination by discrimination. That’s the essence of race-based affirmative action, don’t you agree? We cannot fight fire with fire, the bottom line.

Your partner group is Students for Fair Admissions, which filed a lawsuit against UNC-Chapel Hill for its race-conscious admissions practices. This is the same group that similarly sued Harvard. Could you tell us a little bit about the UNC-Chapel Hill lawsuit?

We’ve worked with Students for Fair Admissions since the beginning of our journey in California last year. Actually, SFFA was our biggest financial supporter, they donated about $50,000 to our “no on 16 campaign,” becoming the single biggest donor to the campaign. But beyond that partnership, which was confined to the campaign, we have also partnered up to support SFFA’s various legal pursuits against race-conscious college admissions.

In March this year, we filed an amicus brief in support of Students for Fair Admissions’ lawsuit against Harvard, specifically in support of the organization’s certiorari filing for the US Supreme Court to hear the Harvard case. The UNC-Chapel Hill case is very similar to the Harvard case in the sense of the general question. The question in both cases is not about whether or not these schools should ban affirmative action. But it is about whether or not these schools can use tools such as racial balancing, racial stereotyping, and higher standards to discriminate against a particular group of applicants, so that they can achieve goals of proportionality in their student makeup. In other words, affirmative action has not been on trial in both cases. What’s on trial is to which extent these schools can use race as a factor in their admissions processes.

The North Carolina legislature recently introduced a bill that aims to ban race-concious college admissions. If passed, North Carolina will be one of several states, including California, to prohibit such preferential treatment. What is your view of the state’s legislative efforts?

I support wholeheartedly this effort to ban discrimination in public employment, education, and public contracting, according to this Senate bill in North Carolina. If this bill passes the state legislature, North Carolina, will become the 10th state in the United States to ban race-based affirmative action at the state level. So, I welcome this effort. I think this is a good direction that the state legislature and the bill’s authors are [basing] their public legislation or their public decision-making on public opinion.

According to a 2019 Pew Research poll, over 74 percent of Americans do not support the consideration of race in college admissions, they support the merit-based consideration. And the same type of public opinion trends can also be found in similar polls like that: A 2016 Gallup poll, and also many other state ballot electoral results, such as the “no on 16” vote in California and a vote against affirmative action in Washington State back in 2019.

The public has spoken. American people do not want racial preferences as a bandage to solve past discrimination or present inequities. We intuitively realize that—even though we have these achievement gaps and racial disparities in many areas, not just education, but also wealth, access to public services, etc.—racial preference is not the answer. We have to make sure that when we legislate, when we devise public policies, we want to make sure that the solution is not worse than the problem. And because of that, I think that the North Carolina state Senate is going in the right direction by trying to ban race-based affirmative action in the state of North Carolina.