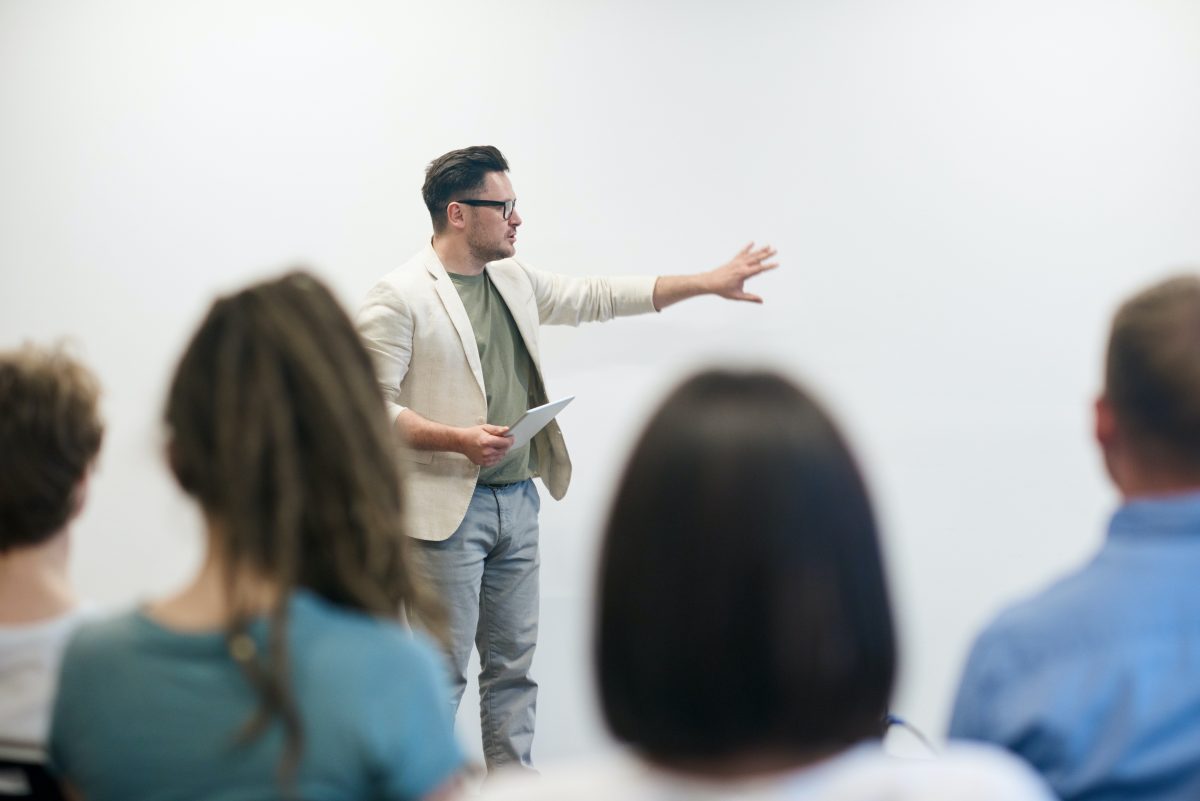 Each generation returns the same complaints: college teachers drone, college teachers lack creativity and spark, nay, they often lack even rudimentary pedagogical awareness. And since the ascendance of what William James coined the “PhD Octopus” of credentialism and narrowed specialization, far too many see their work with students as an impediment to their research. Look at the very idioms used to describe professorial work. Professors routinely refer to scholarship as “my work,” and teaching as “my load,” a burden to be endured. Jonathan Zimmerman, professor of history of education at the University of Pennsylvania, makes these and other observations in his book The Amateur Hour:  A History of College Teaching in America.

Unfortunately, due to incentives that favor research over instruction, the problems Zimmerman highlights aren’t likely to change.

Zimmerman’s study is the product of extensive primary-source research, including college and university archives, special collections, and personal papers. He has also read the reports, white papers and “what-is-to-be-done?” books about the supposedly dreadful state of college teaching. There are histories of the university aplenty, but as far as I am aware this is the only comprehensive history of college teaching.

Zimmerman organizes the book chronologically, designating six eras, beginning with the nineteenth century, when colleges were still closely tied to churches and a large proportion of teachers were men of the cloth. Recitation was the chief mode of instruction. It required students to repeat texts verbatim, or at least to provide literal-minded summaries.

Unsurprisingly, students expressed anxiety and boredom, a combination of emotions bound to lead to resentment, if not cynicism, over the long haul. After students finished parroting the assigned readings, professors sometimes concluded the class by reading straight from the text. In the latter decades of the century, concomitant with the rise of the PhD, lectures came to replace recitations as the primary form of instruction. Nevertheless, the same basic student complaints prevailed. They felt bored and disconnected from the material. 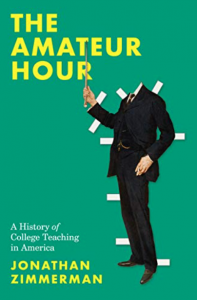 The state of classroom instruction was not always entirely dismal, however. Beloved teachers were invariably renowned for their willingness to engage students. Eliphalet Nott, for example, spent 62 years at Union College, rising to president. Nott did hold students’ feet to the fire by requiring brief recitations to begin classes, but devoted the bulk of his sessions to relevant discussion. Other successful teachers likewise required students to analyze and apply materials.

Occasionally such methods received widespread faculty buy-in. A committee visiting Wesleyan in 1848 lauded the college, where students were “taught to think and reason. Their recitations are not a mere parrot’s part of uttering words without comprehending their meaning. They are trained to analyze, to classify, to compare, to judge.” At the other extreme, a student at Yale dutifully repeated Tacitus from memory in a manner that prompted his professor to remark that the student had been reciting “one of the noblest productions of the human mind without knowing it.” Whether or not the Yale professor was thus moved to reconsider his methodology is not recorded, though it seems doubtful.

Active-learning methodologies seem necessary to elicit student engagement, but are they sufficient? In the case of renowned teachers such as Nott, many argue that something more than engagement is involved. Zimmerman notes how generations of educationists suggest that personality is central to teaching success.

For example, former U.S. president James Garfield, himself a sometime instructor at, then president of Western Reserve Eclectic Institute in Ohio, declared that all that was needed for a proper liberal education was “A log cabin, with a pine bench in it with Mark Hopkins at one end and me at the other.” Garfield was one of many successful former students who praised the long-standing Williams professor. Hopkins’ students praised his Socratic methods, his probing questions, and his “genius of interrogation” (“What do you think about it?” was his simple, signature question). But above all, they agreed that the force of Hopkins’s personality played the key role in his fame.

Zimmerman highlights renowned educators from every historical period who insist that personality is the determining factor in effective teaching. By the interwar years of the twentieth century, personality tests had been developed, and colleges actively tried to assess the personal qualities of job candidates. Of course, measuring something as nebulous and subjective as personality seems fraught and the exact characteristics that lead to success are difficult to agree upon, much less identify during interviews.

Belief in the importance of personality correlates strongly with the belief that great teachers are born, not made. Thus the split between those who think that education classes are mostly a waste of time, and those who think that college teachers, like any other teachers, ought to be given formal training and brought up to speed on pedagogical research.

Every age has had it proponents of educational coursework, mentoring systems, close supervision and practice teaching, and Zimmerman finds fascinating examples in each era, but mostly new college teachers have been left to their own devices in the classroom. While Zimmerman provides evidence that in recent decades many departments have tried to improve training for graduate teaching assistants, their preparation is still often perfunctory and brief. This lack of training is especially pressing given that key gateway courses frequently are taught by graduate students or recent hires—precisely those who have the least teaching experience.

If a large percentage of faculty are resistant to teacher training for themselves, if they hold “Ed School stuff” to be an intellectual embarrassment, how likely are they to directly concern themselves with the pedagogically inexperienced underlings in their departments?

As everyone working in higher education knows, this state of affairs reflects not just the preference of the professoriate, but systemic issues of reward and promotion. In short, research is where the money, cachet and prestige reside. Publication of research gets you tenure. Publication gets you advancement. Faculty at major research and flagship state universities often view devotion to teaching as foolish, some going so far as to view good teaching as a mark against the candidate for promotion or tenure. Attention to teaching is judged to have taken time away from the “real job” of research and scholarship. The Great Teacher might be seen as a charismatic fraud and the Popular Teacher as a pandering entertainer given to dispensing high grades for little work. Some are frauds, of course.

Clearly, the current incentive structure works in favor of research, not teaching. Research success can be measured and scholarly publications can be counted. Scholarly impact can be quantified using various indexes (how valid and reliable these measures are is a question for another day). Teaching cannot be so precisely measured, and so it is less often recognized and rewarded.

Zimmerman’s study ends with a short chapter on “The 1990s and Beyond.” While Centers for Teaching have sprouted and more institutional programming and pedagogical support exists than in the past, few professors take advantage of those resources, and teaching remains a secondary consideration at many four-year colleges and universities.

If a second edition of this book appears in fifteen or twenty years will it report that college teaching is marked by the activities usually associated with professions: rigorous and extensive preparation in theory and technique, professional bodies marking out teaching as the primary task of the professoriate, and a sensible structure of incentives rewarding excellence in this primary task? None of this seems at all likely. In the words of one anonymous professor, teaching remains “a famously idiosyncratic activity that is not famously rewarded.”

Matthew Stewart is Associate Professor of Humanities and Rhetoric at Boston University. Along with numerous scholarly articles, he has published in venues such as City Journal, Law & Liberty, Academic Questions, and Quillette.  He is the author of Modernism and Tradition in Ernest Hemingway’s ‘In Our Time’ (Boydell & Brewer).