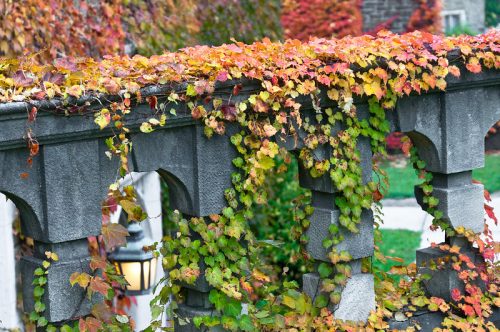 Parents will go to all sorts of lengths to give their children a leg up. In Guilty Admissions: The Bribes, Favors, and Phonies Behind the College Cheating Scandal, journalist Nicole LaPorte digs into how and why parents decided to work with the “college counselor” Rick Singer.

LaPorte describes Singer’s strategies to place students in highly competitive universities across the country, such as falsely claiming that they have a learning disability to get extra time on standardized tests. But LaPorte’s writing becomes more interesting when her focus moves away from how Singer did it and onto the well-off neighborhoods of parents and students. Then, her reporting questions the validity of meritocracy, a question that the Martin Center has tackled in the past.

A common link to Singer in LaPorte’s reporting is the elite high schools for the wealthy. IMG Academy, for example, is the “ultralite boarding school for young athletes that’s located on an immaculate six-hundred acre campus in Bradenton, Florida.” LaPorte notes it is “as much of a five-star luxury resort for aspiring recruits as it is a cutting-edge training facility.” Graduates reliably get into the top American universities.

Yet, for all the money and the prestigious college acceptances, the school has a light touch when educating students, according to a former teacher at IMG. And parents prefer it that way. If students received low grades or even one below their expectations, “parents would often show up and demand grades to be changed.” Parents aren’t paying for a B. The teacher told LaPorte that, by the end of the argument, “administrators would cede to the parents.”

After parents get used to having their way on high school grades, it’s a small jump to feeling entitled to better SAT scores. 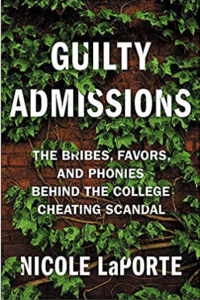 With 504 plans, which schools develop for students with learning disabilities, students can get extra test time or other accommodations. “According to a Wall Street Journal survey, the number of students with so-called 504 plans more than tripled between 2000 and 2016,” LaPorte writes. The “craze for accommodations in high school is absolutely driven by students and their parents who are ‘positioning themselves for extra time on the SAT or ACT,’” Kathy Pelzer, a former school counselor in southern California, tells LaPorte.

Those with actual learning differences deserve these accommodations, but at the rate people abuse the system, La Porte questions whether accommodations are fair.

“Kids in public schools that are not in affluent neighborhoods are less likely to have 504 accommodations because parents don’t use these services due to lack of knowledge or resources,” LaPorte writes.

The eye-popping amounts of money spent, and what parents do for their children, come from a sense of anxiety and instability. Nor is this anxiety and instability exclusive to the wealthy. LaPorte sees this worry as “endemic” to middle-class families: “one of the most significant rites of passage for an American teen has become fraught with fear.”

That fear doesn’t start in high school: For the wealthy, the toddler admissions crisis is already well-established.

Like lobbying schools for higher grades, donating to preschools and elementary schools is practice for Varsity Blues-level corruption. Parents were accustomed to making tens of thousands of dollars in donations, so donating to universities wasn’t seen as bad or suspicious. Parents blindly writing checks to schools may seem great, but as LaPorte writes, “things work smoothly…until they don’t.”

When the old tricks for getting into a prestigious school don’t work anymore, fraud and bribery become attractive alternatives.

A former private school administrator tells LaPorte that “if you’re going to be a white girl from Beverly Hills who has a 4.0 GPA and did horseback riding, you better have something to say. It better be a really fresh original voice. Because Stanford doesn’t need another white girl who rides equestrian, okay.”

Hence, parents need to get their student “tagged:”

Tagged students include development [fundraising] cases, political cases (where a politician or highly influential community member is advocating for a student), VIP cases (the child of a celebrity), and trustee cases, (a member of the board of trustees is advocating for a child), as well as legacies and children of staff, to a lesser extent.

While students generally have a single-digit chance of being accepted into a prestigious college, tagged students’ chances can be as high as 60 percent, a former Ivy League admissions officer told LaPorte.

It’s no surprise, then, that high-prestige schools have a large number of wealthy students and a tiny circle of low-income students. Indeed, for elite institutions, their business model revolves around selling status and class security to the wealthy.

“Varsity Blues, as the case was dubbed, is about the inequities of class, and how that plays out in college admissions,” LaPorte writes. “It is a story about the power and entitlement of the (mostly white) rich in a country where the wealth divide is strained to the breaking point. It is about the quest for status and the desperate need for it in a nation that prides itself on not bestowing those things by title at birth.”

For proponents of meritocracy, the idea was to undermine the benefits of wealth, status, and birth through the college system. Yet the elitism of higher education remains. Higher ed has only expanded its reach. The governing philosophy of the schooling system and the power of the state push the idea of a college credential as a necessity. But, as LaPorte shows in Guilty Admissions, the aristocrats have subverted the meritocrats.

Community colleges and public regional colleges are open to almost every would-be student, but it often comes with student debt that is difficult to repay. Students may also develop weaker job networks and have a lack of opportunity, especially compared to top schools. Today’s higher ed system remains competitive, expensive, and—as the saga of Rick Singer shows—hierarchical.

If higher education officials, especially those at the Ivy Leagues, plan on maintaining a legitimate entity, they need to make major changes. The higher education system must work on being more responsive to issues that could threaten its reliability. Educators should re-evaluate their “end game,” meaning that they guide students to want a decent education, not a degree from a decent institution. While it always matters who you know, what you know is just as important.