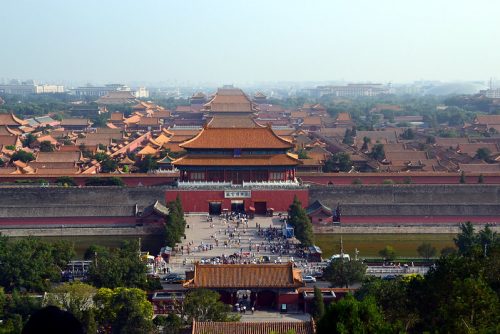 The college campus has become a battleground between the United States and China. Donations, research funding, and international students give colleges a much-needed financial and enrollment boost, but the connection to the Chinese government can also threaten academic freedom and, on some occasions, national security.

Fundamentally, universities exist to serve students and the public interest, and tension between the U.S. and China makes it harder for universities to train future leaders and inform the public through research.

Nearly every facet of China Studies has become fraught with security concerns. Confucius Institutes—state-run Chinese language and cultural centers on campuses across the U.S.—have been shut down in response to concerns that they act as vehicles for Chinese influence. After the 2019 Hong Kong National Security Law began to target people beyond the borders of China, professors now warn students that discussing sensitive issues in an online class can expose them to legal jeopardy—especially Chinese-Americans and visiting Chinese students.

The Chinese Communist Party also leverages organizations like the Chinese Students and Scholars Association to conduct espionage and lash out against whatever contradicts the Party line. The long reach of the Chinese state pushes students with family in China to self-censor out of fear of retaliation.

The problem is that it will be harder for students to understand China beyond news headlines and develop the subject expertise that is badly needed in academia and government agencies.

Students aren’t the only ones with problems, either. Faculty are involved in 10 out of 23 cases tied to the Department of Justice’s China Initiative, according to DOJ press releases. In addition to outright cases of espionage, several academics have been indicted for failing to disclose Chinese grants that could become a point of leverage. Field researchers in China are also facing a more repressive environment; similar to what journalists deal with, researching the wrong subject can expose academics to the wrath of the state.

Drastic responses like the Secure Campus Act, which would ban Chinese graduate students from STEM programs, only add pressures for students to self-censor, meaning that they walk a difficult path to avoid Chinese coercion and American suspicion. This, in effect, will unnecessarily curtail academic freedom for certain groups of students. While research funding might be a remote issue for undergraduates, the risk of attracting suspicion might pressure some students to remain silent or forego some research or study abroad opportunities.

Universities may be in an impossible position. They must defend against a totalitarian power influencing what should be an open, free campus, but they can alienate students if they go too far. Administrators must navigate this dilemma by asking themselves how they can best serve students. Universities face the immediate issue of malign influence as well as a long-term imperative to train Mandarin speakers and cultivate expertise in one of the most important countries in the world.

One key consideration is that geopolitical developments will affect students. My own plans to study abroad in Mainland China, for example, were thrown into question when Chinese authorities arrested two Canadians, a former diplomat and an entrepreneur, after Canadian authorities detained Meng Wanzhou—the CFO of China’s telecommunication giant Huawei—for fraud at the request of the United States. At the time, I held a Canadian passport and my family was worried that Canadians in China would be targeted.

While I went ahead with my plans, a further deterioration in U.S.-China relations will prevent more students from studying abroad.

As the Department of Justice prosecutes more Chinese nationals for espionage—including students and researchers—the risk of retaliation against American students in China will grow. The apprehension that I felt as a Canadian in 2019 will be trivial compared to the hurdles that will face most China Studies students.

When I attended a virtual student exchange summit with American and Chinese students in January, many undergraduates worried that their educational and professional opportunities would be held hostage for political gain. These fears are quickly becoming reality: the Trump Administration suspended prestigious exchange programs with China such as the Peace Corps and the Fulbright Scholarship in response to the violation of Hong Kong’s autonomy in 2019.

College provosts and presidents can’t wait for the government to give them a plan. While universities should not dismiss the corrosive influence of the Chinese government, they need to accept some risk. Otherwise, students can’t understand Chinese society on its own terms and professors can’t conduct important research. Institutes may promulgate pro-China sentiments, but at least they are clearly identified as China-backed. If universities ban them from campus, Chinese government influence may be harder to track.

When feasible, universities should develop their own Asian studies and languages programs and avoid relying on Confucius Institutes as their only resource for Chinese language and culture. Universities are platforms of open debate and should be able to accommodate a plurality of viewpoints. Ultimately, if universities decide to shutter Confucius Institutes, it should be based on the quality of their academic product, which China expert Mary Gallagher argues is substandard because of the rigid operating structure of these programs.

For study abroad programs, universities may have to create other programs to train Mandarin speakers and future China experts. In 2019, about 11,000 U.S. students studied in China, down from a peak of almost 15,000 in 2012. As of November 2020, there are 14 U.S.-affiliated campuses in China and two in Hong Kong. Prestigious programs like Princeton in Beijing and Johns Hopkins’s satellite campus in Nanjing might not be viable if Sino-American relations continue to deteriorate. Universities should make contingency plans to relocate their language programs to Taiwan (where the State Department is already building them out). Abandoning educational programs in Mainland China means a loss of understanding of Chinese culture and perspectives. However, having backup programs in place in Taiwan will at least save language learning opportunities and expose students to a key geopolitical flashpoint in the Western Pacific.

Civil society organizations such as FIRE can also help raise awareness and coordinate policies. Malign foreign influence and infiltration is a weak-link problem: Because faculty and research centers cooperate across institutions, China’s foothold on one campus can threaten the higher education system.

Especially with the growing risk of theft of research and intellectual property, research institutions must adopt common security practices. College campuses cannot become stratified by degrees of academic freedom; public policy and the public discourse rely on academia for expertise. Restricting the free flow of ideas will not only hurt students—it will hurt the general public as well.

Facing this China challenge, universities need to be nimble, creative, and principled. Cultivating long-term expertise in China is imperative for universities to train future leaders in diplomacy, business, and national security. Universities must maintain their openness while being cognizant of the unique challenge of Chinese influence.

Hopefully, in the long run, the dynamism and openness of the American college campus will prove to be a major strategic advantage for the United States in the next era of Great Power competition. But colleges cannot be naïve to the clear and present threat on campus and must respond accordingly.

Nicholas Romanow is a recent graduate of the University of Texas at Austin and will be an officer candidate with the U.S. Navy starting this summer.