The University of North Carolina system includes 16 universities, from large campuses with high research activity to small liberal arts institutions. They differ in many ways, from location to student body to the classes they offer. They also differ in state funding—from $7,760 per student at Appalachian State University to $31,969 per student at the UNC School of the Arts.

That’s because of the way schools are funded. The UNC system and the North Carolina General Assembly use a model based on a university’s “needs” and the amount of money they can collect via tuition to determine how much funding each school gets.

As the graphic below illustrates, instructional costs make up the bulk of universities’ request to the General Assembly. But the request also includes funding for “other academic costs,” libraries, and funding for general institutional support. 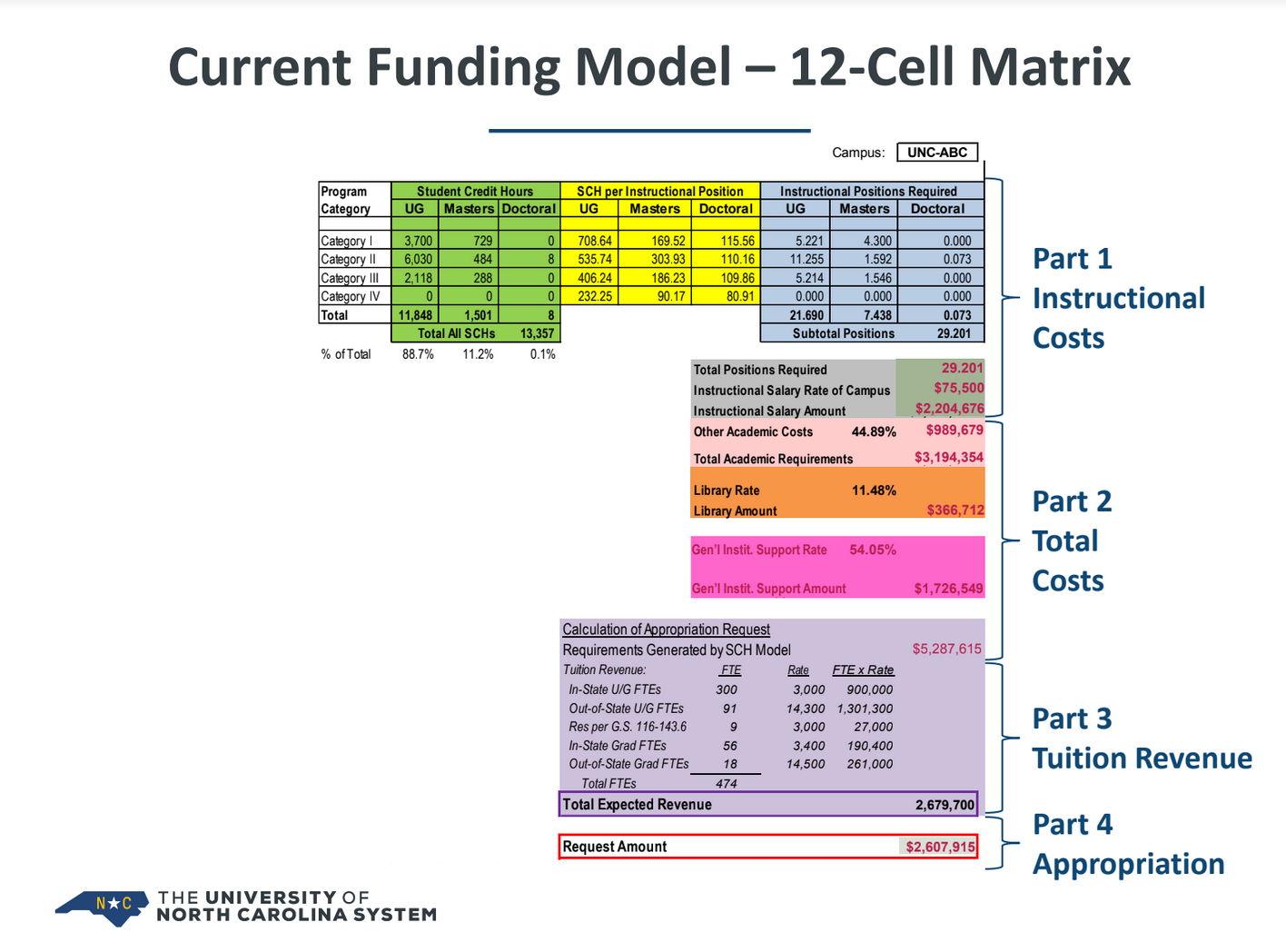 As the example makes clear, some courses “require” more funding than others. Doctoral courses cost more than undergraduate courses. And Category I courses (like freshman English) cost less than Category IV courses (like engineering). Tuition also varies from campus to campus, from $1,000 for in-state students at UNC-Pembroke, Elizabeth City State, and Western Carolina to $7,019 for in-state students at UNC-Chapel Hill. Thus, the large differences in per student funding across the system.

Other states use different models to fund their public universities, relying less on student credit hours and more on other factors. Colorado funds each university student equally, allowing the funds to follow students instead of flowing directly to its universities.

You can read more on higher education budgets here.