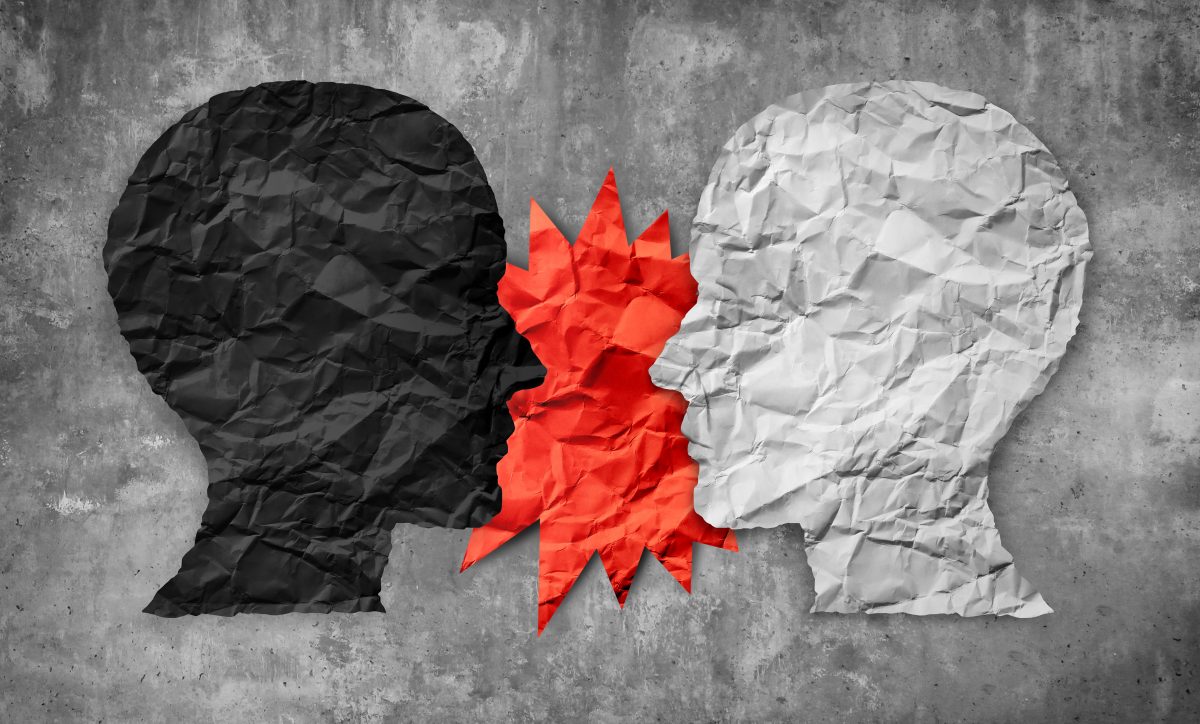 Back in the 15th, 16th, and 17th centuries, church officials felt it necessary to scrutinize every book or pamphlet for the slightest hint of heresy. If the work deviated from doctrine, it would be banned, burned, and the author could be punished.

The Enlightenment brought a change in attitude toward freedom of speech. In Britain, America, and a few other nations, most of the people came to accept that censorship was bad. Even though few of them had read John Stuart Mill, they absorbed his argument that the way to find the truth was to allow everyone the freedom to speak his mind. Of course, people would sometimes say things that were mistaken (even deliberate lies), but the way to combat them was for other people to use their freedom to argue against them.

Accordingly, the United States wrote a ban against government interference with freedom of speech and press into the First Amendment to the Constitution. And in the academic world, it was accepted that scholars must be allowed to publish their thoughts and research findings without hindrance.

If other scholars disagreed, they should formulate counter-arguments and present them. That’s what academic freedom boiled down to—unrestricted competition in the marketplace of ideas.

Sadly, the consensus in favor of that is rapidly eroding. There’s abundant evidence to show that and I’ll focus on one recent case.

Glenn Geher is a psychology professor at SUNY–New Paltz, where he directs the New Paltz Evolutionary Psychology Lab. During his academic career, professor Geher has published more than 100 papers. He’s familiar with the trials and tribulations of getting research published, but never ran into such trouble as he encountered with a paper the explored the underlying political beliefs and motivations of the professoriate.

As professor Geher writes here, “I truly believe this research was generally well-thought-out, well-implemented, and well-presented. And it actually has something to say about the academic world that is of potential value.”

How Geher was inspired to delve into the underlying beliefs of professors is an interesting tale. It began in 2016 when, following numerous campus disruptions (including at New Paltz), he was asked to head up a Free Speech Task Force that was meant to help the school come to grips with matters that shouldn’t have been controversial: academic freedom and tolerance.

Geher invited professor Jonathan Haidt, founder of Heterodox Academy and a firm believer in freedom of speech for all, to give a talk at the school. Haidt gave his presentation, arguing that academia cannot be devoted to the search for truth if it also has a political agenda. Geher found Haidt’s talk to be very enlightening and persuasive and was shocked to find that quite a few people in the New Paltz academic community were outraged by it.

For some reason, many people were “genuinely angry” over Haidt’s arguments for academic objectivity and tolerance.

Wanting to learn why many on campus reacted as they did, Geher and his research team came up with an idea to study the motivations of faculty members. Their concept was to survey academics, asking them how they prioritize five academic values: academic rigor, knowledge advancement, academic freedom, students’ emotional well-being, and social justice. The objective was to see if academic values were related to the individual’s field, political orientation, gender, and personality.

Geher and his team obtained responses from 177 professors. The results were not at all surprising. They showed, inter alia, that women had a stronger commitment to social justice and student emotional well-being than did men, and faculty who regarded themselves as “agreeable” placed more emphasis on student well-being and social justice than did those who didn’t see themselves as especially agreeable—those in the latter group placed greater emphasis on student learning and academic rigor.

What the research seems to show is that professors who have an underlying devotion to social justice are not particularly interested in academic rigor and the advancement of knowledge.

That fits hand-in-glove with the many observations of hostility by “progressive” professors toward arguments that the programs and policies they support to achieve social justice are actually counter-productive. Those who contend, for example, that minimum wage laws do more to harm low-skilled workers than benefit them, are apt to suffer ad hominem attacks while the substance of their arguments is ignored.

“After some point, it started to seem to us that maybe academics just found this topic and our results too threatening.”

The study’s findings hardly seem controversial. Would anyone doubt that professors who identify as politically liberal would say that they rank student emotional well-being and the pursuit of social justice as their top goals, above student learning and the advancement of knowledge? Or that faculty in fields like business and accounting would rank academic rigor and student learning as higher priorities than social justice and student emotions?

Nevertheless, when professor Geher sought to get his research published, he ran into a brick wall. It was summarily rejected at one journal after another. When he inquired why, he only received vague comments about alleged “methodological problems.”  He observes, “After some point, it started to seem to us that maybe academics just found this topic and our results too threatening.”

I suspect that’s exactly it. Research showing that many faculty members care more about how their students feel than whether they have actually learned course material and that they’re more devoted to the amorphous cause of “social justice” than to the advancement of knowledge could sour supporters on funding higher education.

From their perspective, Geher’s study has no upside and considerable downside. It would be better that it never be published and discussed.

Since the paper was completely rejected, how do I know about it?

At the suggestion of professor Clay Routledge, Geher simply posted the paper on his own blog under the title, “Politics and Academic Values in Higher Education: Just How Much Does Political Orientation Drive the Values of the Ivory Tower?” He acknowledges that the work has not undergone peer review, writing, “I figure people can do whatever they want with that information.”

Geher’s study ought to be read and discussed. It raises some important questions about the value that Americans are getting for the huge amount of money we put into higher education.

We are fortunate that scholars like Glenn Geher still have the option of posting their research on the internet, bypassing the censors in the world of academic publishing. But recent events where the big-tech firms like Twitter and Facebook have moved to silence discussion of topics that “progressives” didn’t like (e.g., Hunter Biden’s foreign dealings) should give us cause for concern.

Will the internet remain a bastion of free speech, or will it eventually fall under the sway of people who are determined to control what we read? It is clear that there are powerful forces working to do exactly that.