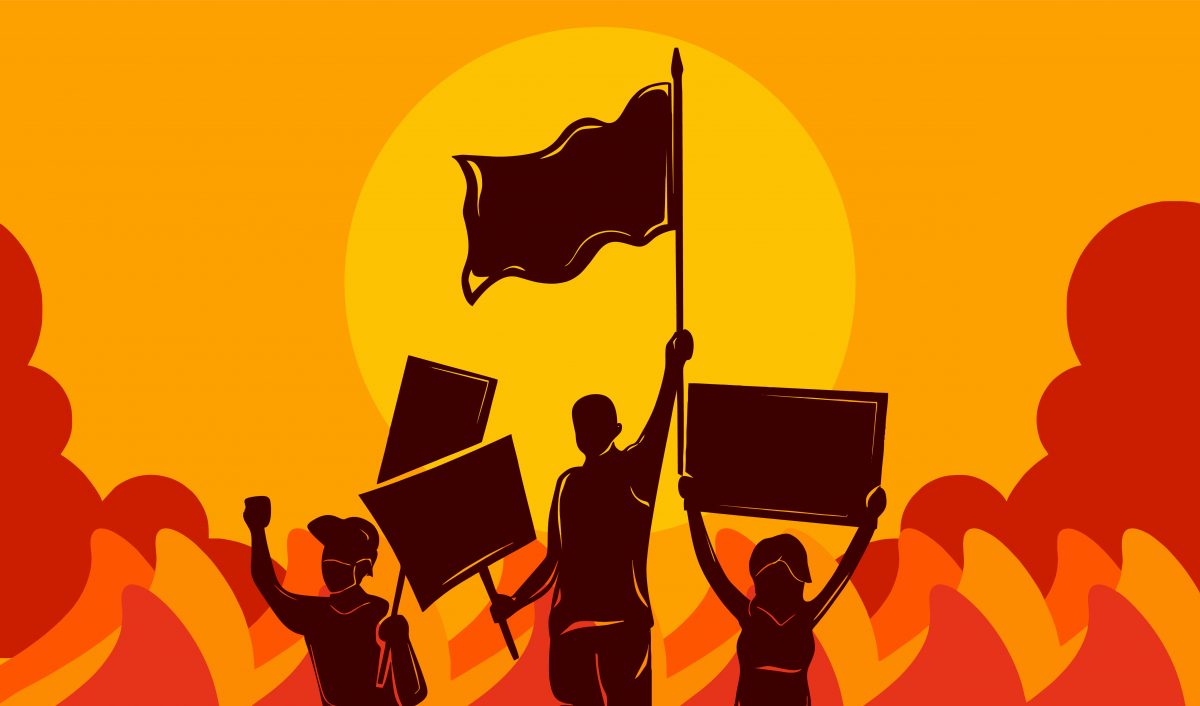 In a year when numerous faculty members who aren’t “woke” have been pilloried, and many universities are revamping themselves in accordance with the agenda of Black Lives Matter and Antifa, I was amazed to read an article by Harvard history professor Naomi Oreskes and her student, Charlie Tyson, who claim that research findings that university professors overwhelmingly lean to the left are wrong.

Oreskes and Tyson published “Is Academe Awash in Liberal Bias?” in the Chronicle of Higher Education on September 14. Their piece violates common sense and misconstrues basic statistical reasoning.

Left-wing bias pervades higher education, and since the COVID-19 lockdowns, colleges have carried left-wing bias to greater extremes than ever. At Brooklyn College (a part of the City University of New York), where I work, a faculty group called “Rank and File Action” just emailed a university-wide invitation to an event featuring the Marxist Democratic Socialists of America chapter at LaGuardia Community College. RFA describes itself as “a group of militant rank & file activists at CUNY challenging the culture of austerity in higher education and demanding a more democratic fighting union.”

Is there any counterweight to RFA? Of course not.

Since June 1, I have received 11 emails concerning identity and racial politics from CUNY’s chancellor, the president of Brooklyn College, and the college’s chief diversity officer. On July 2, the president wrote an email to the faculty voicing opposition to federal customs policies, which breach Democratic Party voter registration goals. On August 26, Brooklyn College’s provost sent an email welcoming the faculty back for the academic year and enumerating the main academic priorities of the college, prominent among which is fighting racism. Meanwhile, left-wing activist students and teaching assistants at CUNY Law School have harassed Jewish law student Rafaella Gunz for expressing the opinion that Israel has the right to exist. Gunz decided to withdraw from the school after its faculty and diversity department failed to protect her from the harassment.

As I see things, my own institutions certainly are awash in leftist bias.

Despite those and many other instances of intolerance toward “unwoke” professors, Oreskes and Tyson’s article aims to deflect the obvious by claiming that colleges aren’t really left-wing.

They say that although studies have found overwhelmingly high ratios of Democrats to Republicans in universities, the studies have focused on elite colleges rather than on a broad sample. The authors also say that it’s unimportant that elite colleges are almost exclusively Democratic because opinion survey measures are preferable to looking at political donations and partisan registrations when we consider political activism.

Oreskes and Tyson rely on data showing that 46 percent of professors say that they are moderate. This is 9 percent above the 37 percent of Americans with postgraduate degrees who say that they are moderate, according to a 2018 Gallup study, but it overlooks the overwhelmingly skewed ratio of left to right in the same data: While 44 percent of professors describe themselves as left, only 9 percent describe themselves as right, a ratio of almost 5:1. The 2018 Gallup study found that, among the general American population, the ratio is 0.7:1. Among Americans with postgraduate education, the ratio is 1.7:1.

As well, there is reason to be suspicious of the meaning ascribed to “moderate.”  There are biases such as referent bias (everyone I know votes for Bernie Sanders, so I am moderate because I vote for Sanders too) and social desirability bias (I am a professor, so I should appear moderate on gun control) that are likely to skew survey data. Objective data that record registration and political donations do not suffer from such biases.

Furthermore, Orestes and Tyson incorrectly claim that means of broad samples are more meaningful than means of sub-categories such as elite universities. Means are of importance if your aim is to characterize and equally weight members of a homogenous population, but it is not useful to characterize a population that contains sharp differences. For instance, if you are a politician, the mean opinion of likely voters is more useful than the mean opinion of the general population. With respect to professors’ political affiliations, the mean orientation of the most influential professors is more useful to know than the mean orientation of professors who are not influential.

Orestes and Tyson claim that ideology doesn’t perfectly correlate with political affiliation, so the use of political affiliation measures does not indicate what occurs in the classroom. That may be true, but it’s beside the point. We know what occurs in the classroom. We cannot turn a blind eye to the many cases where “progressive” faculty have used their courses to instill their beliefs in students and downgrade those who don’t conform. Cases of the reverse, of colleges committed to advocating conservative and libertarian principles, are few and far between, and virtually no government money goes to the few conservative institutions.

Orestes and Tyson claim that while the social sciences and humanities may be skewed left, many students take other subjects like business and nursing. True, but that doesn’t prove their point. In business schools, political ideology becomes most important in the management and business ethics courses, and those are the ideologically left courses. Much of business education is statistical or involves narrow financial and econometric models. My study of liberal arts colleges looked at all of the disciplines with PhD-holding faculties in the elite colleges. Indeed, the professional subjects and sciences are among the least left-skewed, but even these have D:R ratios of 5.5:1.

Orestes and Tyson aim to square the circle. In the wake of repeated left-wing attacks on conservative professors and heightened diffusion of political propaganda by university administrations, they offer weak arguments based on erroneous claims about research methods. Their piece makes the claim that there is only one methodology, standardized questionnaires of the kind that failed to predict the 2016 presidential election, that can reveal professors’ political orientations. Objective, archival methods that reveal how rates differ across institutions give us information free of biases.

Both kinds of methods should, and if properly executed do, converge on a point known to all: The professoriate is left-wing, and the most important portion of the professoriate with respect to political ideology, the social scientists at elite institutions, are almost universally so.

Mitchell Langbert is an associate professor of business at Brooklyn College.

The MBA Needs to Be Reinvented