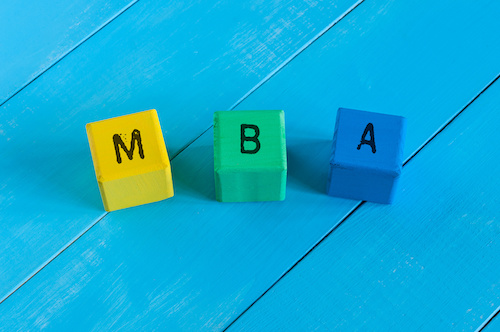 I have spent 35 of the past 40 years studying in and teaching in business schools and have concluded that they are in need of reform. Their main product, the Master of Business Administration degree, requires a redesign if not a mercy killing.

This past October, Jonathan Moules wrote in the Financial Times that MBA graduates are increasingly questioning the merits of the degree. Although MBA enrollment has fallen a bit in the last few years, enrollments are still at bubble levels: in 1971 there were about 26,490 MBA students; in 2014 there were 189,328—down only slightly from 191,606 in 2012.

When master’s degrees in business were created at Dartmouth and Harvard more than a century ago, faculty and administrators believed that they would professionalize business, make business executives more ethical, and make business more efficient.

The MBA not only has failed to do that but also has failed to provide students with competencies and skills that will help them to succeed and to make the economy more productive.

The millennial scandals like Long-Term Capital Management, Enron, the Internet bubble, and the 2008 financial meltdown demonstrate the failure of the MBA. The field with the highest population of elite MBA graduates, finance, has required serial bailouts from the rest of us. Perhaps we can call the ongoing bailouts the price of scientism—the false pretense of science—when applied to business and finance.

One acid test of whether the MBA confers competencies and skills that contribute to make the economy more productive is whether it is associated with real world success. While human resource managers might choose to save time by using degrees as signals to sort applicants, customers do not care whether they buy from someone with or without a degree; quality and performance are what matters to them.

If the MBA degree provided valuable competencies, skills, or human capital, then the most successful business entrepreneurs, members of the Forbes 200, would tend to have it. That’s not the case.

Look up the educational attainment of the two hundred richest Americans as indicated by the Forbes 200. You find that the most common credential among America’s most successful is the bachelor’s degree, and tellingly the number of MBAs is less than the number who have not completed any college degree.

Finance is the chief field in which MBAs serve as sorting or signaling devices for entry level jobs, and it’s in finance where America’s super rich tend to have MBAs.

While, since 1970, productivity growth has hovered randomly around two percent, the percentage of MBAs in the population has steadily grown.

One reason for this poor record is that business school professors have failed to identify the competencies and skills needed to contribute to productivity or to succeed at business.

The core business school coursework that provides broadly useful skills or competencies can be obtained in just six courses: accounting, economics, finance, marketing, organizational behavior, and statistics. According to the Princeton Review, the second year of MBA programs tends to be relaxed, with much time spent networking and looking for a job. Coursework takes second place to interviewing. MBA students in effect spend $70,000 a year to network.

A large part of the reason is that business professors’ research and the material that they teach MBA students often have little relevance. Consider this example of business school research, an article on the Columbia Business School website concerning “a theorem about antiprisms,” which begins with the following statement:

I wonder which of the Forbes 200 has applied that theorem.

Business school professors are fond of displaying their brilliance with theorems and formulas but entrepreneurship does not involve any of that. Years ago, the famed University of Chicago economist Frank Knight showed that while risk is quantifiable, the stuff of entrepreneurship—uncertainty—cannot be quantified. That’s why many MBA programs miss it—they’re obsessed with the quantifiable.

Too much of the teaching and research in business schools is based on what academics want to teach and research. If business schools want to make their coursework more valuable and keep the MBA from becoming just a high-priced credential, they must understand what businesses need to become more productive.

MBA programs should be tailored to specific markets and firms and based on empirical research about required competencies. Human resource managers have developed a training concept called needs analysis. By interviewing experts, employees, and managers and observing on-the-job performance, they can identify the competencies and skills needed to succeed at jobs.

Competencies relevant to business success include interpersonal skills, salesmanship, office politics, public speaking, and knowledge of functions like finance. MBA programs should tailor them to specific firms and different regions, depending on the labor markets.

Elite business schools tend to dismiss a focus on applied competencies as “trade school” training, but that’s a mistake. It’s difficult to conceive of professional education in fields like medicine that wouldn’t focus on the trade. Medical education has always included practical internship and residency work, but thinking that it somehow professionalizes their programs, many business school faculty prefer doing research that is irrelevant to business.

MBA programs should be based on the needs of firms rather than on the preconceptions of academics. Some steps have already been taken to create such programs. In Innovation in Professional Education: Steps on a Journey from Teaching to Learning, Rick Boyatzis, Scott S. Cowen, and David A. Kolb describe how they restructured the MBA program at Case Western University. It is now one in which learning is based on analysis of students’ needs, with outcome assessments and self-directed student learning focused on developing specific competencies.

In short, well-conceived MBA programs will produce graduates who have a noticeable effect on productivity. They will thrive. And the top-tier, elite programs will continue their current signaling function. But the many that don’t graduate students who have particularly useful skills will fall by the wayside.

The MBA Needs to Be Reinvented