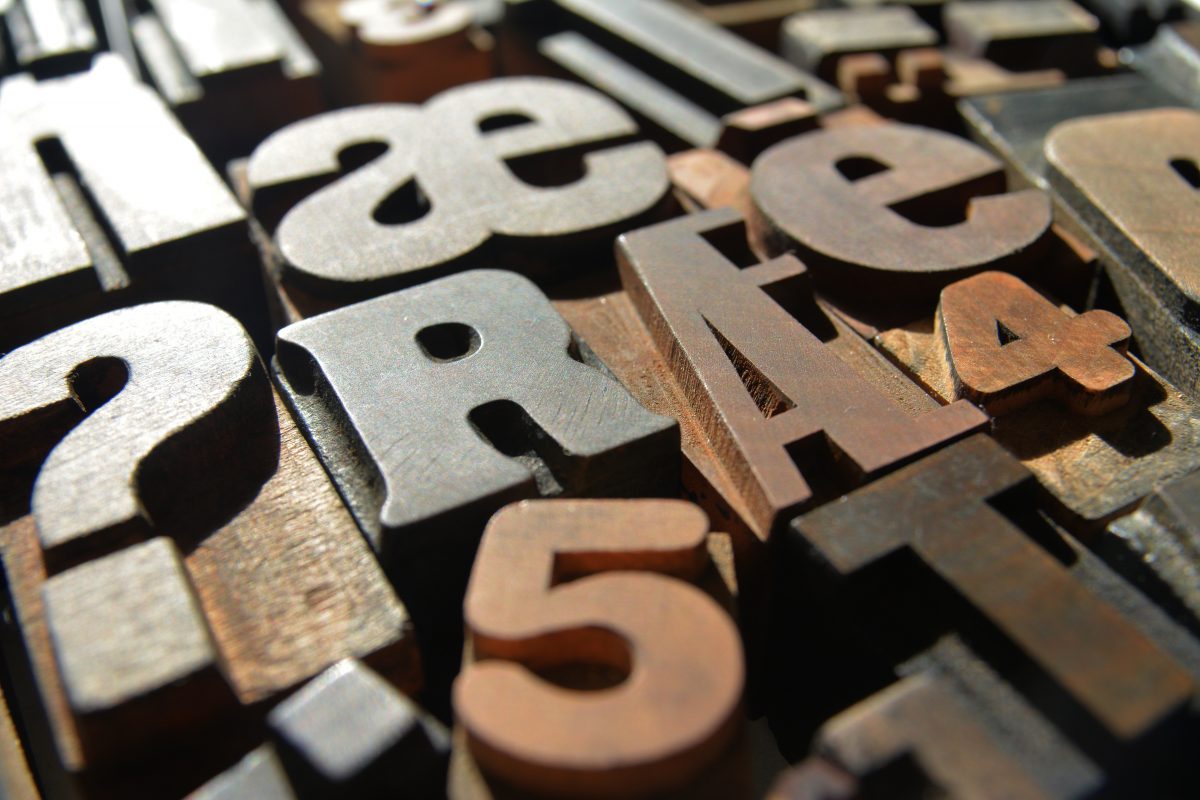 On August 3, the Executive Committee of the Conference on College Composition and Communication approved a position statement on “Black Linguistic Justice.” The statement was crafted as a set of “demands” that “teachers stop using academic language and standard English as the accepted communicative norm.” The “Four Cs” is the largest and most important professional association for college-level writing teachers and is closely associated with the National Council of Teachers of English, an even larger group whose membership is mainly composed of secondary school English instructors.

The lengthy and repetitive statement is actually entitled “This Ain’t Another Statement! This is a DEMAND for Black Linguistic Justice!” In a clumsy adoption announcement, the CCCC urges teachers to view the statement “as presenting a set of actions for us to enact, not just encouraging words.”

To what has the official body of college composition teachers given its imprimatur? In a word: politics. In two words: separatist politics.

While acknowledging that progressive “CCCC/NCTE policies in relation to multilingualism have been vital to classrooms and communities,” the statement avers that not nearly enough has been done on the political front. Educators “must be activists” (italics in the original).

In language that invokes old Dixie rather than the 2020 schoolroom, the CCCC statement portrays American schools as places where black children meet nothing but disrespect in their English classes. Language instruction as it is now practiced is said to “seek to annihilate Black Language + Black Life.” Thus, educators are called to engage in a “political process that must inherently challenge institutions like schools whose very foundations are built on anti-Black racism.”

The statement was crafted by six self-described Black Language scholars, all of whom are on the faculty of large universities. Up front, they declare their demands to be a product of the moment, citing the pandemic’s effects on black people, #BlackLivesMatter protests, calls to defund the police, and institutions with “anti-Black skeletons in their own closets.”

The result is thus: It is now the official view of the CCCC that teaching black students standard English is racist and therefore “destructive and injurious.”

An initial section lists five demands, each one amplified in separate sections that are redundant and whose rhetorical emphases are primarily political and secondarily psychological. Few strictly pedagogical specifics are enumerated, and student learning goals remain implied and oblique rather than concretely articulated.

Nothing concrete is said about student reading and writing; instead, the focus is on self-esteem and political consciousness: “Teachers [must] develop and teach Black Linguistic Consciousness that works to decolonize the mind (and/or) language, unlearn white supremacy, and unravel anti-Black linguistic racism!” It is taken as axiomatic that students’ sense of self-worth will increase if they are taught in Black Language.

The term “Black Language” is worth considering. Black English and African American Vernacular English are terms frequently used by linguists. These terms imply that black American speech patterns and language systems are a variety or dialect of English. As such, Black English joins dozens upon dozens of other varieties, dialects, and sub-dialects of the language, each marked out by factors such as geography, class, race, and educational levels.

Linguists have long pointed out that defining a dialect as nonstandard does not mean that it is substandard. This has been conventional wisdom within the profession for well over half a century. Such non-judgmentalism already permeates America’s collegiate language departments and its university schools of education, which are dominated by progressive faculty, and where the nation’s schoolteachers have been trained.

Despite its calls for separatism, the CCCC statement is itself written in English—English of a certain type, to be sure. The statement is marked much more by the unfortunate stylistic turns associated with contemporary academic publication than it is by phrases intended to sound distinctly Black American. A mere handful of the latter are scattered into the prose, including the drafters’ self-description: “This list of demands was generously created by the 2020 CCCC Special Committee on Composing a CCCC Statement of Anti-Black Racism and Linguistic Justice, Or, Why We Cain’t Breathe.”

Proponents of Black English have made similar proposals in the recent past. The controversial 1990s Ebonics movement (a purpose-built blend of ebony and phonics) arose from the same basic assumptions as the CCCC statement, which is bound to produce the same set of counterarguments heard by Ebonics proponents. The chief criticism leaps to mind: Students who do not learn Standard English will be at a disadvantage once they leave their classrooms.

Employers, educational institutions, civic bodies, and other groups will all expect to hear and read Standard English. Pretending that facility in nonstandard English is sufficient for success cheats students.

The activists’ dream undoubtedly sounds like a nightmare to many parents, who might also sense a certain condescension in the implication that Standard English is somehow beyond the reach of their children—but not beyond the reach of millions of other children who speak their own varieties of English. Didn’t the authors of this statement themselves manage to get on top of standard idioms? Ostensibly in the name of boosting student self-esteem, sound educational goals are to be discarded for political purposes.

The CCCC authors simply deny that abandoning instruction in Standard English will create problems for students. They demand that

teachers STOP telling Black students that they have to ‘learn standard English to be successful because that’s just the way it is in the real world.’ No, that’s not just the way it is; that’s anti-Black linguistic racism.

The question remains as to what effects this statement will have on college English instruction. Its adoption is of a piece with the CCCC’s previous politics. In a spring and summer in which university administrations rushed to issue public statements of all-in support for Black Lives Matter initiatives, it seems a foregone conclusion that the CCCC would likewise adopt the committee’s statement, no matter what the opinions and practices of its membership at large might actually be.

It also seems inevitable that at least some slippage in instruction and erosion of standards will occur.

It is now the official view of the CCCC that teaching black students standard English is racist and therefore “destructive and injurious.”

A certain percentage of instructors will loosen Standard English requirements, and others will introduce lessons on Black English into their courses. Eggshell-walking will increase. Nonetheless, one also supposes that a substantial percentage will remain on their current instructional track, which is essentially progressive by ordinary, non-woke standards. That is, they will continue to recognize the viability of Black English in black students’ lives but retain their belief that all students benefit from learning Standard English.

In short, they may pay lip service to the statement in department meetings but ignore it in their courses.

Writing teachers who do not wish to spend their time openly fighting back will keep their heads down in public. African American linguist and social commentator John McWhorter of Columbia University joins the growing number of voices—many liberals included—who have noted the career-maiming power held by campus progressives. There is, he states, a “very rational culture of fear among those [faculty] who dissent, even slightly, with the tenets of the woke left.”

The document will strike many administrators as a fringe embarrassment that they hope will never raise its head at their college, whose paying students and parents expect more traditional instruction.

Professors who have grown tired of imposed progressive platforms, activist scholarship, and woke grandstanding may find like minds at the National Association of Scholars, which consistently advocates for rigorous standards and proceeds from a basis of traditional liberalism. Heterodox Academy remains eager to air opinions that run counter to campus orthodoxy.

One can appreciate that dialects and vernacular usage have long been wrongly associated with a lack of intelligence or taken as signs of coming from an inferior culture. Black English speakers have suffered a particular burden in this regard. But they are hardly alone. How many Southerners have been tagged as “slow” hillbillies on the basis of their accents? How many farm boys and farm girls have been told that they are uncouth hicks because of their “bad grammar?”

Multiple wrongs do not make a right, of course, so to whatever extent African American children are disparaged in the classroom, one can agree that gratuitous and misinformed shaming should cease.

But the determination that whatever students bring to the classroom is sufficient unto itself—that they are already language “mavens,” as the CCCC statement has it—reveals a shallow and self-defeating conception of education.

Matthew Stewart is Associate Professor of Humanities and Rhetoric at Boston University.  Along with numerous scholarly articles, he has published in venues such as City Journal, Law & Liberty, Academic Questions, and Quillette.  He is the author of Modernism and Tradition in Ernest Hemingway’s ‘In Our Time’ (Boydell & Brewer).

Disadvantaging Black Students with a Demand for ‘Linguistic Justice’