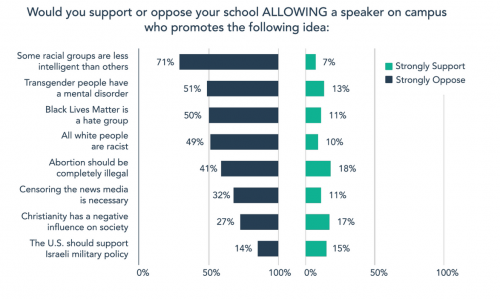 The Foundation for Individual Rights in Education (FIRE) came out with the largest survey of students and campus life, showing the predictable divisions along class, political beliefs, and gender. However, overall, it painted a scenario that is mostly positive, and policy reforms can fix the drawbacks.

Students at Ivy League schools are more favorable toward using violence to stop speech. A total of 21 percent expressed some form of acceptance toward violence, with 1 percent saying it was always acceptable and 3 percent saying that violence is sometimes acceptable. Compared to that, 18 percent of students nationally thought violence was acceptable.

Likewise, students who are self-declared “extreme-liberals” find violence always acceptable at a much higher rate than average liberals and conservatives. 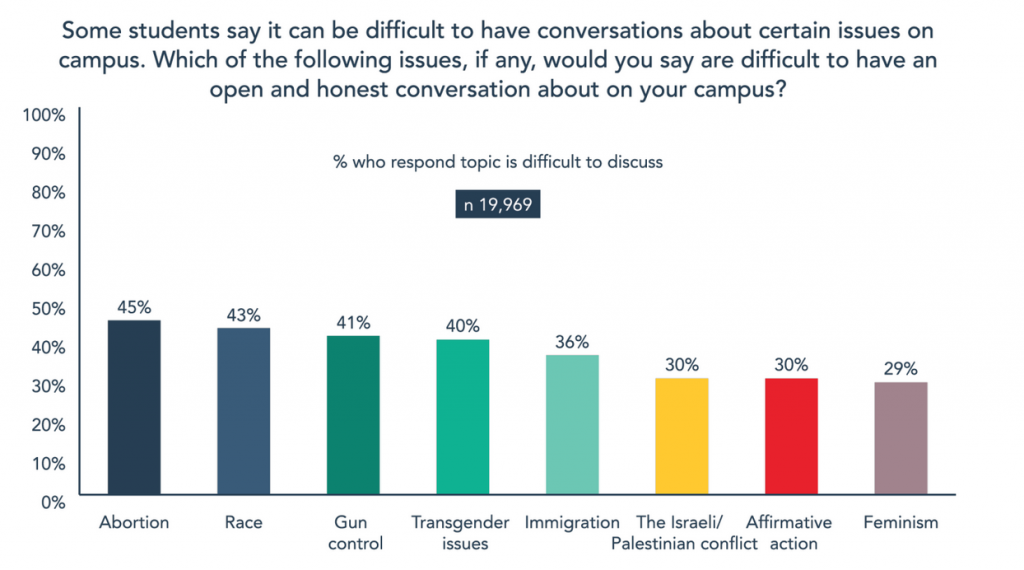 Among critical free speech issues, censorious tendencies seem to be rising, but these tendencies follow liberal social norms prevalent among the American elite and upper-middle class. For example, around 71 percent of students “strongly” oppose an advocate who would argue or speak on the racial difference in intelligence.

A majority of students would also oppose speech for anyone saying anything controversial like transgenderism is a mental disorder, or that Black Lives Matters is a hate group (51 percent and 50 percent, respectively.) 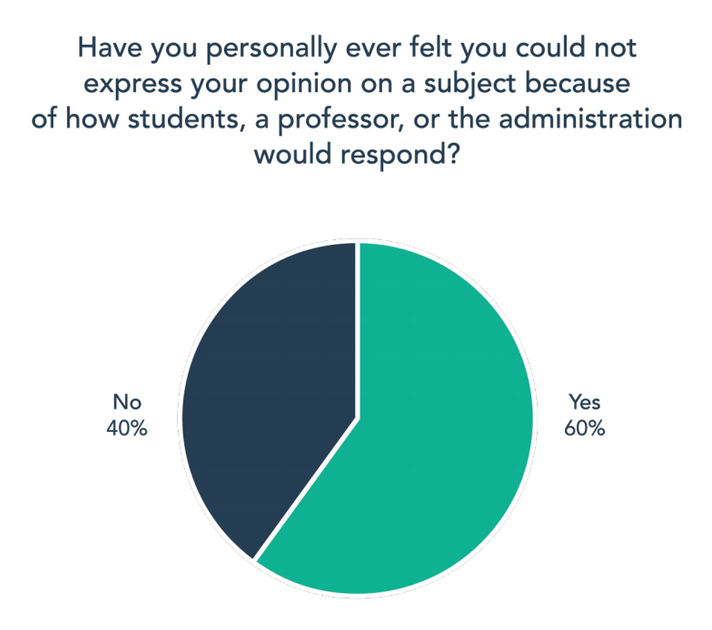 The overall American trend isn’t much different from Canada, where there have been free speech problems. The rising tide against free speech is a cross-continental trend, as the Martin Center’s recent Blueprint for Reform briefs also suggested.

The University of Chicago came highest in the survey, gaining a green light rating and the top post for freedom of speech, with DePauw University being the worst. The Ivy League underperformed compared to national results, with Harvard earning a red light rating. Both UNC and Duke performed well, getting green lights in the final survey.