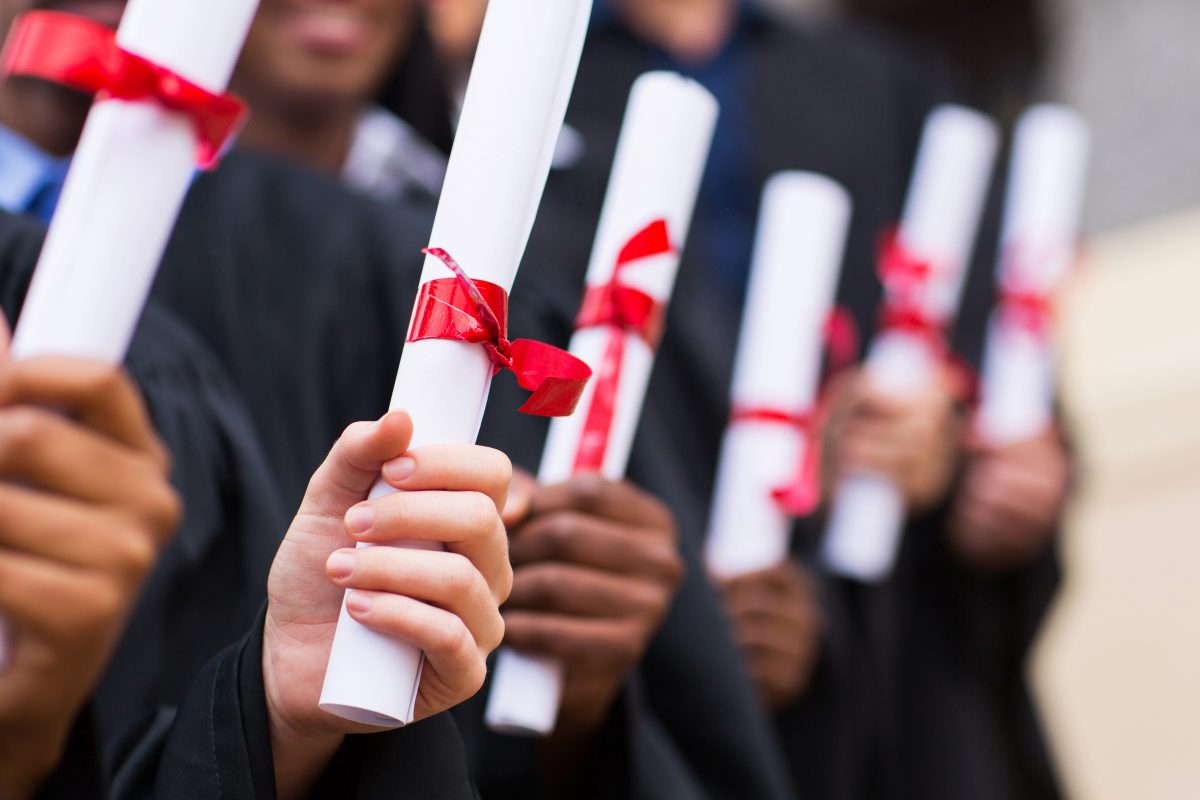 American higher education is struggling. Even before the coronavirus struck, schools all over the country were dealing with declining enrollment. In an effort to replace lost revenue they sought out international students, developed online degrees, and courted non-traditional students.

That helped for a while. But now many schools are back in trouble. Even before COVID-19, international enrollments were headed down and non-traditional students, who rarely want to live in dorms or buy a meal plan, were not the cash cows that everyone hoped.

Add to that concerns about student loan debt, reports that many graduates are unemployed or underemployed, and diminishing public confidence in academia, and you have some very worried college presidents.

Enter the Lumina Foundation. Boasting a $1.4 billion endowment, it seeks to take us to a point where 60 percent of Americans have a post-secondary credential of some sort by 2025. That would mean a 10 percent increase in the number of working-age Americans who have finished some sort of degree. (President Obama announced his determination to reach those goals early in his administration.)

That is music to the ears of financially strapped colleges, but how this benefits those additional 20 million students is less certain.

Lumina acknowledges that achieving its goal won’t be easy. The “attainment rate” has been going up but…

Since 2008, that figure has increased by 10 percentage points. That’s progress, but it’s not enough to reach 60 percent by 2025. Dramatic action is needed to meet the nation’s need for talent.

Let’s first consider that “dramatic action.” We’ll come back later to the “nation’s need for talent.”

The dramatic action in question would be a massive expansion of higher education. The working-age population of the U.S. is roughly 200 million people. Currently, just over 50 percent of them have degrees of some sort. Getting that number to 60 percent by 2025 would mean getting an additional 20 million people through a degree program.

Total undergraduate enrollment was 16.6 million in 2018 in the U.S. That was projected to rise to 17 million by 2029. So, gearing up to produce an additional 20 million graduates over 5 years would be a vast undertaking that would go a long way toward taking up the excess capacity in higher education.

Getting those students enrolled is just the start. They also need to graduate. So Lumina has been a major force in getting states to implement performance-based funding, which ties state support of higher education not just to enrollments, but to retention and graduation rates.

The increasing enrollment aspect of the Lumina agenda tends to appeal to the more egalitarian and liberal-minded. Performance-based funding has a more conservative appeal. It appears to be a case of holding universities accountable and using public monies to reward success rather than failure.

Of course, there are easy ways of meeting both those metrics. You can lower admissions standards to get more students and then lower academic standards to ensure that your new students graduate, as colleges have been doing for decades. Lumina is aware of this problem, so they specify that they want students to get quality degrees.

This is where things get complicated: As anyone with experience in planned economies can tell you, it’s easy to set ambitious production targets. Double beet production! Make 20 percent more jackboots! The hard part is ensuring that the beets are edible and the additional jackboots don’t pinch uncomfortably while you are goose-stepping.

Compared to agricultural produce and footwear, educational quality is very hard to define. When people say that Harvard is an excellent school or that some state school is not so good, they are thinking about two things: the quality of the students and the depth of resources.

High-end schools have resources that many a nation-state would envy, and their students are among the best and brightest in the world. But that type of school represents a tiny part of America’s higher education system. Most of the students currently enrolled—and the additional millions Lumina hopes to bring in—attend less selective and less well-endowed schools. So how do you define and measure a quality degree?

In seeking to address this question Lumina has created a host of initiatives that attempt to define, measure, and enhance educational quality.

Lumina is behind the Degree Qualifications Profile (DQP) which is an attempt to make a sort of checklist of skills or capabilities that a graduate of a degree program should have. Associated with this is the “Tuning Project,” an effort to get faculty to make agonizingly detailed lists of the things their discipline seeks to teach to students at different stages of progress.

If you need to measure some of the more abstract competencies that colleges claim to impart to their students, say critical thinking or the ability to communicate, the Lumina Foundation has the solution: The VALUE Rubrics. These were developed in concert with the American Council of Colleges and Universities and are touted as a useful way of figuring out whether universities are delivering on their promises to make students critical thinkers and effective communicators.

The one thing that ties this baroque collection of attempts at quality control together is the belief that learning is what gives college its value. After all, the reason why Lumina wants a 60 percent degree attainment rate is to meet our nation’s need for talent.

The assumption, so widely held that it is rarely challenged or even thought of as an underlying assumption, is that the reason people go to college is to learn things that make them better people, citizens, and employees.

The problem is that there isn’t much support for the view that the value of college comes from what students learn there.

Likewise, if the student leaves college with an inadequate education, that is a sign that the college has done something wrong and needs to make changes.

The problem is that there isn’t much support for the view that the value of college comes from what students learn there. Much of the research on student learning in college indicates that students don’t actually learn much in college, what they do learn has little relevance to their future work, and that much of what they learn they forget.

Consider my college experience. When I got there, I could not read Greek or Latin. I majored in Classics and, when I finished, I could read Greek well and wasn’t too bad with Latin. Clearly, I learned stuff.

But after graduation, I quickly forgot all my Greek and most of my Latin. However, that has not proven to be much of an impediment for me. I have had many jobs since I graduated. I have been a waiter, a bartender, a construction worker, a landscaper, a historian of colonial East Africa, an academic administrator, and a guy who writes opinion pieces about higher education.

I occasionally bore my students with the odd bit of Greek or Latin etymology, but not one of my jobs has required knowledge of Greek or Latin. Despite that, I have been reasonably good at all of them.

Bryan Caplan, an economist at George Mason University whose work has pulled together a lot of the research on student non-learning, would argue that I wasted my time as an undergrad. He maintains that college is primarily about sorting (showing that you can get into prestigious school X) and signaling that you have what it takes to get your degree.

Employers and society in general value these traits. That you were admitted to a competitive school says something about you. That you endured four years of engineering classes says something about you that may be more valuable to a future employer than your rapidly fading knowledge of fluid dynamics. According to Caplan, there ought to be ways of accomplishing this sorting and signaling that don’t require four years of people’s lives and thousands of dollars of debt.

Lumina is pushing things in the opposite direction. They are driving states to increase enrollment of people who would not otherwise have gone to college in the belief that colleges will transform those people into an improved version of themselves, into the talent that our economy demands.

But if Caplan is right, and learning is not the main source of value in a college degree, those students will still be their same old selves when they leave, degrees in hand. The main difference will be that they will have gained debt and lost several years of participation in the workforce.

Who will benefit? The colleges and the people they hired to recruit, teach, and support these students.

As much as the Lumina Foundation talks about “learners,” the main beneficiaries of its agenda will be people like me who work in and around universities and not the “learners.”

Erik Gilbert is a professor of history at Arkansas State University. His research focuses on East Africa and the western Indian Ocean. He also writes about higher education and the evils of learning outcomes assessment. He blogs at badassessment.org.