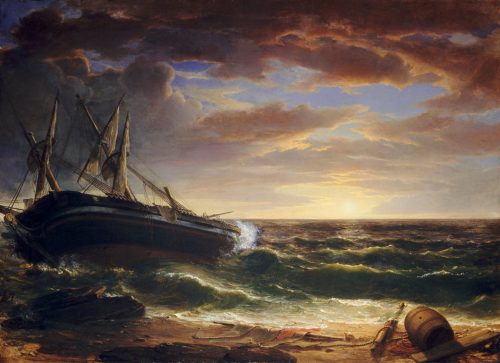 In their recent Martin Center policy brief, Joy Pullmann and Sumantra Maitra get much right about the activist professor problem in academia. These professors are dominating the profession in a way I wouldn’t have thought possible three or four years ago. Their control has led to an ideological monoculture, which suppresses freedom of thought and creative inquiry.

One need not look further than the job boards to see how the cycle perpetuates. Here is a sample of some of the positions advertised in my field (religious studies) this year:

But as much as I support their diagnosis, I strongly disagree with their proposed solutions. They advocate for the same tactics as the activist professors in order to right the sinking ship of higher education.

I don’t believe that approach will produce any long-lasting reform. Instead, it will further stoke the animosity between liberals and conservatives on campus. A better way for reform lies in targeting accreditation, bypassing the governance issues completely.

Their first proposal is to limit public funds for activist disciplines through regulation.

How would they propose regulating such a quagmire? The federal government gives over $75 billion to higher education annually. State investments amount to another $87 billion. Not to mention the $1.5 trillion of government-backed student loans.

Let’s also not forget that universities have already been forced to hire administrators to keep up with the government rules that come with its monetary support. Most universities devote between 20 percent and 60 percent of their yearly budget to administrative costs. Compelling them to hire even more administrators to decipher those new “anti-activist clauses” in federal grants would only drive up the spiraling costs of education.

Second, they want governing boards to increase scrutiny on departments for ideological bias.

That sounds like another name for a diversity czar, the latest administrative fad at universities. The czar’s job is simple: monitor departments to see whether they are taking steps to actively promote diversity on campus and then “restructure” those that aren’t sufficiently abiding by their standards.

How would Pullmann and Maitra’s independent think tanks—tasked with “discovering, measuring, and producing reports” about ideological bias—be substantially different from the committees some Princeton faculty members now want to “oversee the investigation and discipline of racist behaviors, incidents, research, and publication?”

I certainly agree that it is important to quell active discrimination against those who hold minority views in academia. Surveys suggest that only 4 percent to 8 percent of professors in the humanities feel comfortable self-identifying as conservative. Creating agencies to “review” academic research, however, would just lead to more overreach. Any board investigating ideological bias would, by default, be ideologically biased themselves.

Their third proposal is to return to a selective, traditional conception of academia.

While professors should have more say about what they teach, I strongly disagree that returning to a traditional academic model means focusing on vocational job training. The point of a liberal arts education has always been to educate the leaders of tomorrow. Students must be encouraged to major in history, philosophy, and literature even if they are not profitable fields. We only have to look at our current government to see the dangerous consequences of having elected officials with no understanding of our heritage and traditions.

Finally, Pullmann and Maitra want to crack down on ideology and limitations on academic freedom.

The University of Chicago has been a leader in this regard. As their former president Hanna Holborn Gray observed (a quote included in the report): “Education should not be intended to make people comfortable, it is meant to make them think. Universities should be expected to provide the conditions within which hard thought, and therefore strong disagreement, independent judgment, and the questioning of stubborn assumptions, can flourish in an environment of the greatest freedom.”

Looking at what happened at Williams College when they tried to adopt the Chicago Principles, it might be necessary to pass laws protecting academic freedom. Yet, I remain skeptical about turning to the government for a solution to a problem they have actively aided and abetted.

Rather than develop a strong-armed approach, reformers should instead focus on supporting business endeavors that offer sidelined scholars a platform to teach and present their research. Of course, bringing the free marketplace to higher education is easier said than done. Companies like Udemy—which allow anyone to create, upload, and sell online courses—are not allowed to issue degrees.

That trouble leads to the real problem with higher education: an overly stringent accreditation process.

Accreditation agencies are “independent” commissions that develop minimum standards for colleges. Their ostensible purpose is to hold universities accountable—to ensure that students are not wasting their money on diploma mills and other scams.

But here’s the kicker: the members of the agencies that determine whether universities are in compliance are from those very same institutions. And consequently, the rules they have established concerning tenured faculty, campus facilities, and governing boards make it very difficult for innovative challengers to enter the field.

Some of the main issues with accreditation include:

So how do we get around that roadblock? A couple thoughts:

COVID-19 has presented education reformers with a wonderful opportunity—if they choose to take it. If high schools struggle to reopen this fall, parents will look for different options. Independent academics should be ready to offer their services. They can create online versions of Aristotle’s Lyceum and teach a classical liberal arts curriculum. In so doing, they will provide students with a vision of education that is devoid of an activist agenda and perhaps start a grassroots demand for reforming university curricula.

Rather than lobby the government for policy changes, lobby philanthropists to set up private junior colleges like Deep Springs College, where equal emphasis is placed on classical study and work. Private junior colleges had their heyday in the 1930s and 1940s, but most were wiped out with the rise of publicly funded community colleges.

With tuition costs skyrocketing, more people might begin to take more interest in two-year degree programs. Junior colleges also tend not to be subject to as many licensing regulations as four-year institutions. Thus, they have the potential to be a space for both pedagogical ingenuity as well as the revitalization of the classical liberal arts curriculum.

With the added pressures of COVID-19, the ship of higher education is sinking. Plugging a few holes as Pullmann and Maitra suggest won’t stop it from going down. It’s time to think about what lifeboats we need to deploy.

Stephanie Brenzel is an independent academic and educator. She received her Ph.D. in Religious Studies from Northwestern University in 2019 and has spent the past year teaching Jewish-Christian Relations at the University of Toronto.