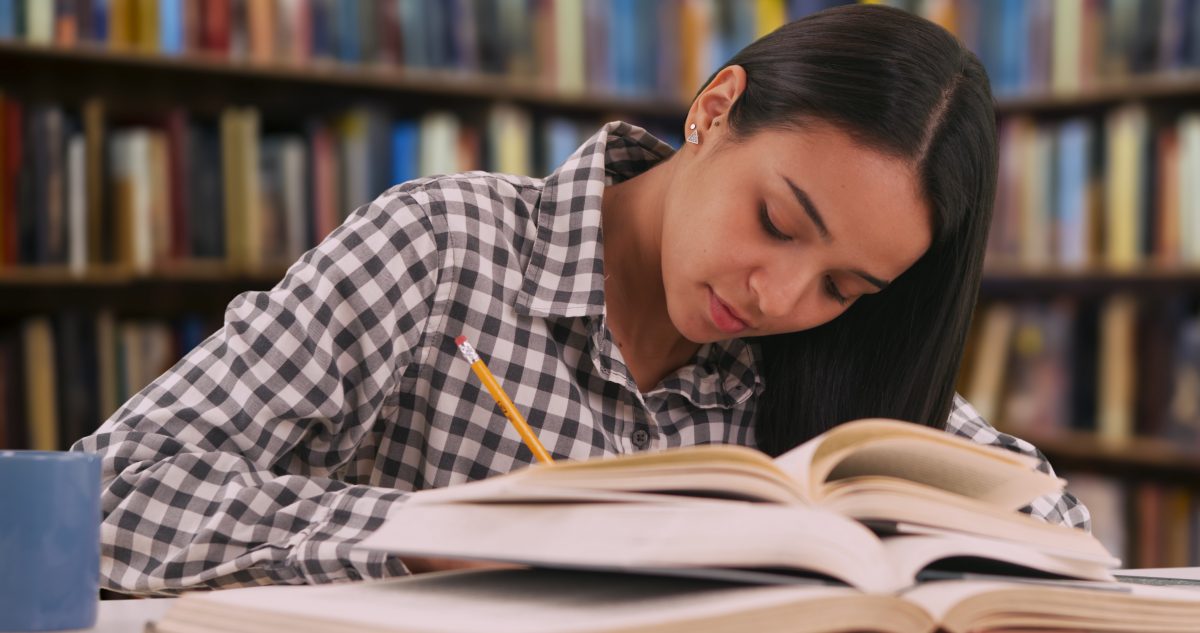 By now, most people who’ve attended a wealthy college—or those who tuned into the Democratic presidential debates—have likely heard or seen the word “Latinx.” The anglicized Spanish term is the latest attempt of gender activists to impose their perverse ideology on the rest of the culture—and on Spanish speakers in particular.

What is so significant about adding the letter “x” to the word “Latino?” To activists, it solves a confounding problem: There is no “gender-neutral” way to refer to individuals in the Spanish language. Someone, for example, may be described as a “Latino” writer (if a man) or a “Latina” writer (if a woman), but there is no phrasing for those who don’t consider themselves male or female.

For a while, “Latinx” remained a niche term secluded to small circles of academics and activists. But not for long. Around 2014, eager to appear “inclusive,” colleges and universities started to adopt the term.

The University of North Carolina at Chapel Hill is no exception to this trend. Although UNC-Chapel Hill administrators and faculty have used the term for the last few years, the label “Latinx” gained a new level of formal recognition in October when the university officially established the Carolina “Latinx” Center.

For over a decade, students and activists have been pressuring the university to create a center dedicated to Latino students. In 2009, a university task force established a “Carolina Latina/o Collaborative,” which was the first step in an effort to create a “full-fledged” center.

In 2016, UNC-Chapel Hill students conducted a protest demanding that a “Latinx” center be established on campus, arguing that the three seminar rooms and residence hall dedicated to “Latinx” students was not enough space.

That same year, the UNC Centers and Institutes Review Committee approved a proposal for the creation of a “UNC Carolina Latinx Center.” In turn, UNC Provost Jim Dean approved the recommendation and recommended that chancellor Carol Folt and the Board of Trustees give the center final approval.

The project was shelved for several years until finally, before her abrupt departure  in January 2019, Folt granted final approval for a “Latinx” center to be established on campus. The center officially opened on October 4, 2019 with UNC’s current chancellor, Kevin Guskiewicz, presiding over the ribbon-cutting ceremony.

Of the sixteen UNC universities, Chapel Hill and the four following UNC institutions use the word “Latinx” in an official capacity:

Given the growing popularity of “Latinx,” it is likely only a matter of time until the remaining UNC schools follow. Nevertheless, they should resist jumping on the bandwagon, and the institutions that have already adopted the confused term should swiftly abandon it, for several reasons.

For one, according to a 2019 study by a progressive-leaning marketing firm, the overwhelming majority of Hispanics in the United States do not want to be referred to as “Latinx.” According to Mario Carrasco, co-owner of the firm ThinkNow Research, “98 percent of Latinos prefer other terms to describe their ethnicity.” While Carrasco describes himself and his colleagues as “progressive on social issues,” they put their biases aside in order to get an accurate grasp of what terms people prefer. Carrasco details how he and his team conducted the study:

To examine the acceptance of “Latinx” our firm conducted a nationwide poll of Latinos using a 508-person sample that is demographically representative of Census figures, yielding a ± 5% margin of error with a 95% confidence interval. We presented our respondents with seven of the most common terms used to describe Latinos and asked them to select the one that best describes them.

Even the Royal Academy of Spanish (RAE), widely considered an authoritative source on the Spanish language, refuses to accept the term. Only English-language dictionaries such as Merriam-Webster and the Oxford English Dictionary include the term.

Perhaps one reason Spanish speakers do not want to be called “Latinx” is because it simply doesn’t make linguistic sense. On a basic level, it is almost impossible to pronounce. The word, which originated in the United States, is pronounced “Latin-ex” (a pronunciation that doesn’t exist in Spanish). Ironically, the Spanish pronunciation of the letter “x” (“ek-ees”), is not used. Additional problems arise when speaking in the plural. The plural form of “Latina” is “Latinas.” But it’s entirely unclear what the plural of “Latinx” would be. “Latinxs” or “Latinxes,” for example, are impossible to pronounce in Spanish.

Clearly, the label is of a world utterly divorced from ordinary Spanish speakers—a fact that proponents of the term openly acknowledge. Lourdes Torres, a Latino studies professor at DePaul University, noted that “we’re not creating this change [to ‘Latinx’] in Latin America,” although a few activists there are trying out different terms. “If you talk to my dad or my tía, [Latinx is] just another silly academic or political thing,” she said. “It’s definitely of a certain world.”

And David Bowles, an assistant professor at the University of Texas Rio Grande, said: “I am just a few miles from the Mexican border. If I were going down to the local taquería, they wouldn’t know what you are saying if you used the term.”

While the change from “o” to “x” might seem minor to some, it is in fact an attempt by ideologues to impose a highly questionable theory of gender by distorting and policing language.

Apart from the lack of cultural awareness involved in the term’s usage, the main problem with the word “Latinx” is that it embodies a gender ideology completely unmoored from reality. Absurd in its premise, it denies the fact that, apart from rare medical disorders of sex development, there are only men and women—male human beings and female human beings.

While the change from “o” to “x” might seem minor to some, it is in fact an attempt by ideologues to impose a highly questionable theory of gender by distorting and policing language. On a practical level, university administrators’ recent relabeling assists gender radicals in adding “Latinx” to the politically correct “Newspeak” lexicon and removes the obvious truth that there are only two genders from the list of officially approved opinions.

Sir Roger Scruton elaborates on the Orwellian phenomenon of “Newspeak” in his book Fools, Frauds, and Firebrands:

Newspeak occurs whenever the primary purpose of language—which is to describe reality—is replaced by the rival purpose of asserting power over it… Newspeak sentences sound like assertions, but their underlying logic is that of a spell. They conjure the triumph of words over things, the futility of rational argument, and also the danger of resistance. As a result Newspeak develop[s] its own special syntax, which—while closely related to the syntax deployed in ordinary descriptions—carefully avoids any encounter with reality or any exposure to the logic of rational argument.

Time and again, gender activists have employed Newspeak terms like “Latinx” to shut down rational debate, intimidate skeptics into ideological conformity, and conjure crowds into madness.

For instance, when the Daily Wire podcast host Michael Knowles spoke at the University of Missouri-Kansas City to defend the seemingly uncontroversial proposition that “men are not women,” students repeatedly interrupted his speech with a chorus of screams. Police even had to tackle a student who sprayed an unidentified white substance on Knowles, which was followed by even louder protests and skirmishes with police.

The more Newspeak terms like “Latinx” become accepted as legitimate linguistic items, the less activists’ underlying ideology will be subject to scrutiny and the more hostile they will be toward those who hold common-sense views of gender.

In the end, academics, activists, and progressive politicians often claim that they want to empower minorities, to give a voice to the voiceless. In their minds, they work tirelessly to liberate marginalized groups from the unjust constrictions imposed upon them by an oppressive white patriarchy.

But as with many of the crusades progressive elitists engage in “for the sake of” marginalized groups, this attempt to pervert the Spanish language is just another example of how out of touch they are with the very people they claim to serve.

Despite the fact that the overwhelming majority of Hispanics in the United States do not want to be referred to as “Latinx,” elite academics are clearly less concerned about cultural sensitivity than promoting their currently fashionable—but highly confused—outlook on gender. Universities should refuse to endorse this incoherent ideology and discard the term “Latinx” altogether.