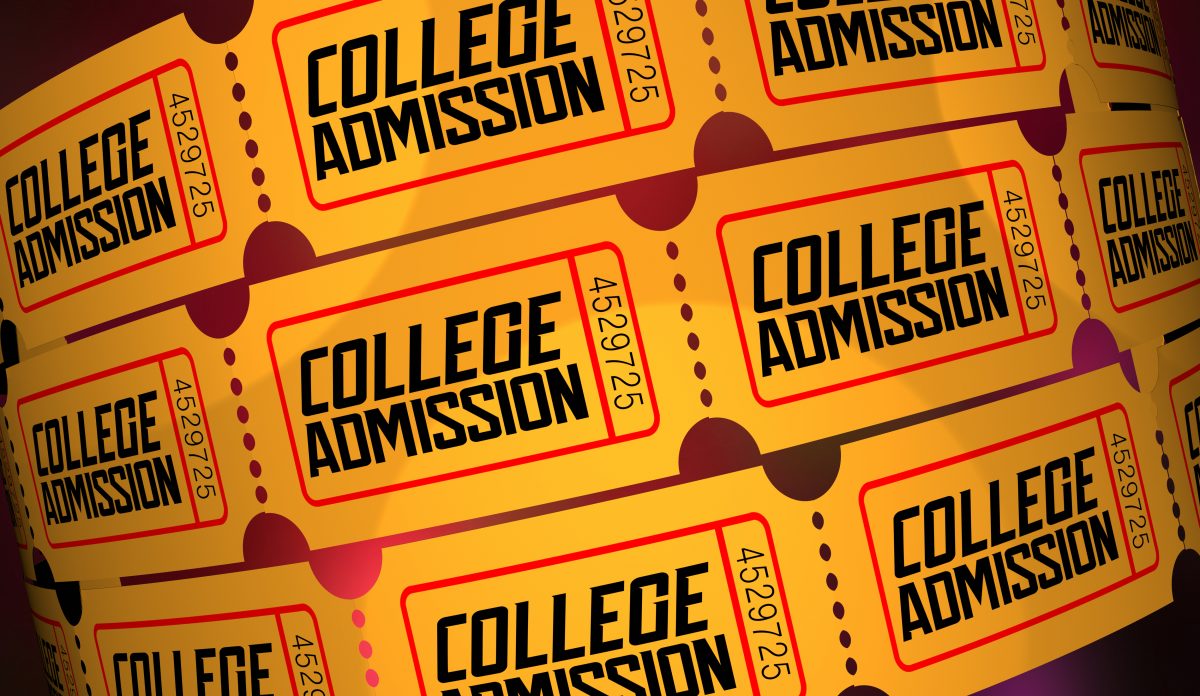 It is a common saying that one should “never let a crisis go to waste.” Last week, the University of North Carolina Board of Governors exemplified this principle when they met last-minute to discuss changing admissions standards.

For months, members of the UNC Board of Governors have been contemplating a drastic change for admissions—one that would grow its possible number of applicants for UNC schools by 20,000.

The full board was set to vote on the proposed admissions changes on March 20, but the vote was tabled due to urgent matters surrounding the coronavirus. Given that in-person meetings have been canceled for the foreseeable future, it seemed that an important decision regarding minimum admissions standards would also be delayed.

That was not the case. On March 30, the board met by conference call to discuss and vote on the minimum admission requirements (MAR) policy. Board members were notified of the meeting four days before it occurred.

The purpose of the meeting, however, wasn’t simply to address overflow items from the March meeting. On the contrary, board leadership specifically wanted to vote on the admissions policy because testing for the SAT and ACT has been canceled or postponed due to the pandemic. In response to the cancellations, colleges across the country, including the University of California (UC) system, have decided to temporarily not require applicants to submit SAT and ACT scores for fall 2021. Such exceptions in light of a global crisis seem reasonable; the unavailability of testing is out of students’ control. As such, it would also be reasonable for the UNC system to consider similar temporary measures.

But, unlike the UC system, the UNC system is not looking to make SAT or ACT scores temporarily optional. Instead, system leaders urged the board to pass and immediately implement the MAR policy proposal for the current admissions cycle—which is concerning for several reasons.

For one, it’s entirely unreasonable—even opportunistic—for board leaders who have long voiced support for the MAR proposal to take advantage of a national emergency to attempt to slip through a permanent policy change.

Secondly, it is equally concerning that the board’s discussion and vote on the matter were conducted via conference call. The discussion portion of the meeting was riddled with connectivity issues, and many arguments made by several board members were at points inaudible or completely incomprehensible. Nevertheless, board leadership decided to carry on with the meeting as planned.

To begin the discussion, Anna Nelson, chair of the educational planning committee, read the proposed policy that was approved by the committee on February 19. Significantly, she noted that the date the proposed policy would go into effect had changed from fall 2021 to fall 2020. She said that moving the date “will allow institutions to navigate the unprecedented impacts and disruptions that have been caused by the pandemic.”

Nelson added: “As a reminder, both the SAT and the ACT have been canceled or postponed through the spring, and this has had a dramatic impact on admissions and enrollment for a number of our institutions, as a significant number of students use spring standardized tests to meet the UNC system minimum eligibility requirements.”

There are currently over 6,000 students whose admission to the system is in jeopardy due to these cancellations. For many of our institutions, this reflects a serious threat… It is important to note that this policy would not make the UNC system test-optional. And even the SAT or the ACT would still be required for all applicants and that score would still be considered by the admissions professionals who make the acceptance decisions at each institution.

At first, it might be unclear how the MAR policy would help applicants who are hoping to gain admission this fall and are unable to take the SAT due to cancellations. As Nelson noted, the new policy would still require applicants to submit test scores. If pending college applicants don’t have any test scores to submit because of the cancellations, how would the policy help them? However, in an email to the Martin Center, Nelson explained that the policy is intended to aid high school seniors who have already taken the test, but wish to improve their scores.

The UNC system’s solution, then, is unlike the one adopted by the UC system, which made the SAT optional for the incoming class of 2021. California’s policy applies to the class of 2021—and not the class of 2020—likely because the SAT is typically taken during students’ junior year of high school. According to the Princeton Review, “most students take [the SAT] for the first time in the spring of their junior year and possibly retake it in the fall of their senior year.” Current high school juniors applying for admission in 2021 are the applicants primarily affected by the lack of testing.

Ironically, it seems that the proposed MAR policy won’t directly help current high school juniors who will apply to college in 2021. Per the policy, all college applicants will still have to submit test scores, regardless as to test cancellations this spring. Unlike the UC system, then, UNC’s proposed solution does not address the primary problem. However, since none of these points were made during the board meeting, it’s unclear whether board members were fully aware of how the MAR policy would aid students admist this crisis.

If a more-informed (and less-interrupted) discussion were allowed to take place, the board may have been able to come up with more targeted and effective solutions. For example, if there were high school seniors hoping to improve their scores for fall 2020 college admissions, the UNC system could have developed a temporary policy that narrowly addressed students’ unique circumstances in light of the pandemic.

An alternative policy could have specifically made an exemption for high school seniors who were registered to take the spring SAT or ACT. That way, the students who intended to improve their scores would not suffer unfair repercussions because of the health crisis. However, the MAR policy, as proposed, benefits all current college applicants, regardless of whether they were planning to improve their test scores. Furthermore, the proposal was not intended to be a temporary fix, but a permanent policy.

If a more-informed (and less-interrupted) discussion were allowed to take place, the board may have been able to come up with more targeted solutions.

After Nelson’s comments, chairman Randy Ramsey opened up the conference call for discussion. Board member Steve Long pointed out that the change in the effective date from 2021 to 2020 was not in the original proposal that the education committee voted on earlier and asked whether they should vote on that change in a special meeting. UNC system legal counsel Tom Shanahan responded that the board could still vote on the policy because the board had “substantial notice of the overall policy, so it could still nonetheless in this meeting elect to adopt the policy with that changed effective date.”

Long, who is a member of the educational planning committee, proceeded to offer his thoughts on the policy proposal. He said that he opposed the policy change for a number of reasons, arguing that it would do more harm than good to students in the long run. He pointed out that, statistically, academically underprepared students are more likely to drop out of college and struggle to pay off their student loan debt. He said:

[T]his proposal does not come from the board or from the business community or from students; it comes from university administrators—all of whom have an interest in this issue. And that’s because enrollment is really the driving force behind this proposal.

At one point, Long tried to cite data that suggest that using both GPA and SAT (or ACT) scores together are the best indicators of student success—however, much of what he said was inaudible due to the very poor phone connection. Finally, he noted that many key factors surrounding the policy were never considered by the educational planning committee, such as grade inflation and whether or not a 2.5 GPA was at or below average. “I don’t think the committee was fully informed on voting on such a major issue and I don’t think we’re ready to vote on a major issue,” he said.

After Long finished, Ramsey said “I would like to remind the board that one of the reasons we’re all in a special meeting today is because the ACT and the SAT have been canceled for the spring. Therefore, some of our universities need some leeway in making admissions decisions.”

Board member Marty Kotis spoke next. He said Long’s arguments “did ring true” with him, but noted that the pandemic presents the UNC system with special circumstances. However, he asked if there was a way to “address those special circumstances” instead of “making a significant change long-term.” As an alternative, he suggested instituting a pilot program that would last for only a couple of years.

Before Kotis’ suggestion was addressed, Ramsey wanted to allow other members to speak. Several members supported the policy proposal and stated that they approved of giving institutions more flexibility in the admissions process.

“I’m confident that the different colleges are able to decide who gets in and who doesn’t,” board member N. Leo Daughtry said. Member Dwight Stone commented: “We’ve got great admissions people and they do a good job, I think we need to let them do their job.” Philip Byers noted: “I believe in our institutions, I believe they should have the authority and the ability to determine their enrollment. But in the same breath, if we’re going to have minimum standards, I’d like to debate this in person.”

In the same vein, Nelson added:

But a glance at many of the institutions’ track records with graduation rates should make members of the BOG less trusting of campus leadership when it comes to admissions.

Given the current incentive structure in place, it’s highly unlikely that institutions will adjust their behavior to meet the UNC system’s strategic plan goals—especially since it’s not clear whether they will suffer any concrete repercussions for failing to do so.

Furthermore, the fact that Elizabeth City State University, Fayetteville State University, and UNC Pembroke have graduation rates as low as 22 percent, 22.8 percent, and 25.4 percent, respectively, should not inspire confidence in individual campuses’ ability to make admissions decisions. It should instead prompt university leaders to consider increasing admissions criteria.

Toward the end of the meeting, board member Robert Rucho suggested a promising compromise: Table the MAR policy decision until the board could meet in person and instead discuss the implementation of a temporary policy to address the current challenges posed by the pandemic. His motion failed.

The board was then about to vote on the permanent policy change, but Kotis interjected and asked for a vote for the motion to be amended. “I would like to move to adopt the standards for the next three years as a [system-wide] pilot program,” he said. The motion to amend passed and the board voted to adopt the new minimum admissions requirements as a pilot program for the next three years.

A three-year pilot program is preferable to a permanent policy because it is more easily reversible if graduation rates are negatively affected. It is, however, still unclear how the pilot program is the most efficient way to address coronavirus-related challenges.

Either way, the citizens of North Carolina should be disturbed about how and why this meeting took place. Leveraging a global health crisis in an attempt to push through a permanent policy change—that would normally be subject to vigorous in-person debate and vote by the full board—smacks of opportunism. The citizens of North Carolina deserve better.