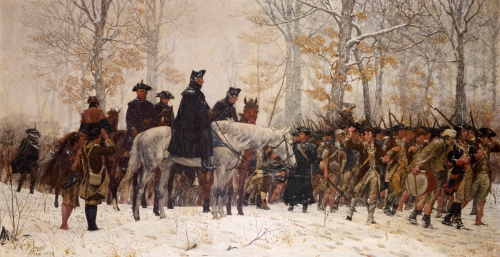 Historians tend to be skeptical about the influence of books and ideas upon important historical developments, preferring to draw upon material or broadly social and cultural causes as the best explanations of large-scale change. But it would be a grave mistake to neglect the singular influence that a single 1980 book, Howard Zinn’s A People’s History of the United States, has had over Americans’ broad conceptions about the shape and meaning of their own history.

Less for its originality or plausibility than through its rhetorical simplicity and its undeniable narrative drive, Zinn’s People’s History has helped cause two generations of young Americans to believe that their nation is among the most culpable and unjust entities in human history.

Zinn was not an original scholar and, in fact, not even a historian by training. No one would accuse him of being a careful thinker, possessing anything like intellectual depth or scholarly authority. A political science professor at Boston University, he had the disposition of a radical activist, and indeed was the quintessential tenured radical, whom even the famously tough-minded BU president John Silber could not budge.

The handful of professional historians who have deigned to comment on his work over the years have been dismissive of it as simplistic and one-sided, despite the fact that many of them shared Zinn’s general political outlook, if not his activist leanings.

But aside from these few honorable exceptions, the most prominent of whom was the great and irrepressible Eugene Genovese, and apart from a few scorching reviews by major historians like Michael Kammen and Oscar Handlin when the book was first published, the historical profession has been surprisingly quiet over the years about Zinn’s failings.

This is not an unfamiliar pattern. Just in the past year, the profession’s near-silence about the New York Times’s patently untruthful 1619 Project, which uses inaccurate and tendentious scholarship to defame the American Founding and support a political cause—reparations for slavery—that most historians support, or at any rate would be loath to oppose publicly, provides us with a similar example. There have been a handful of distinguished historians who have called out the Times for its historical inaccuracies, but there has been no groundswell of support from other historians for their position. Mostly there has been just timid silence, and the Times has been able to move ahead without opposition with its plans to inject materials based on the 1619 Project into American schools.

In this, they are following the pattern that Zinn set. He was a master mediator of radical ideas, offering up a tendentious, simplistic, and relentlessly negative view of the American past, something he has been remarkably effective in conveying and reinforcing. In the 40 years of the book’s life, it has sold somewhere in the neighborhood of 3 million copies, most of which have ended up in the hands of students in American high schools and colleges, where Zinn’s book has achieved a ubiquitous and highly respected presence.

You will find the book being used in U.S. History courses across the land, not only in urban and suburban public high schools, but in tony independent schools, charter schools, religious schools, and even some survey courses at colleges and universities.

Even after his death ten years ago, Zinn’s influence over curricula and content in America’s schoolrooms continues to be felt through the Zinn Educational Project, and through other tightly networked and like-minded organizations, dedicated to promoting his books and his vision. It is no exaggeration that, to the extent that young Americans are being taught their history at all, Zinn is likely to be what they are being taught.

And this is not only true of Americans. I recall when, during my term as a Fulbright Professor at the University of Rome in the spring of 2007, I went to our library in search of some standard American-history monographs and texts that I hoped to draw upon to supplement my graduate lectures. The pickings were slim—and this at the only institution in Italy that awards a Ph.D. in American Studies—and the only general account of American history available in their holdings was Zinn.

But as appalling as that was, when I dropped by the office of a young professor of American literature, a rising star in Italian academe, and asked for her help, she went over to her shelves, and pulled down….a copy of Zinn, which she presented to me with all the tender reverence of a Southern Baptist minister passing along a gilt-edge leather-bound red-letter edition of the King James Bible. It was the only general account of American history that she possessed.

So the influence of Zinn’s book is wide and deep, and yet the book itself has remained surprisingly unexamined, notwithstanding the casual dismissiveness that so many historians show toward it.

Thankfully, that is now no longer the case.

In Debunking Howard Zinn, Mary Grabar has performed the absolutely necessary task that her title promises, and has done so with admirable energy, persistence, and relentless attention to detail, leaving Zinn’s already shaky credibility in utter ruins. She brings the intensive scrutiny of a jeweler’s eye to Zinn’s work, topic by topic, and shows in no uncertain terms how flawed and unreliable it is.

But that is not all. She also shows us Zinn the man: An utter charlatan and naked partisan, an admirer of Stalin and Mao, a relentless self-promoter and self-mythologizer, and a media-savvy celebrity of the Left, immortalized in the movie Good Will Hunting—whose star, Matt Damon, grew up in Zinn’s shadow, as his young neighbor in Cambridge, Massachusetts.

Howard Zinn isn’t the only person who has gotten rich off of anti-Americanism, but he is surely one of the most galling.

Properly, though, Grabar’s chief emphasis is on the book itself, and on the debunking of its claims to historical verisimilitude. Zinn, of course, explicitly and fervently denied the possibility of objectivity in history—as the title of his autobiography would have it, You Can’t Be Neutral on a Moving Train—a position that has become all too commonplace in our public culture, particularly as adopted by identity groups that claim a unique outlook to which outsiders cannot be privy. It is a book animated by an intense spirit of debunking: debunking of classic American heroes, from Columbus to FDR, and debunking of American claims to altruism or exceptional virtue.

Unlike most textbooks, Zinn’s writing was lively, and its irreverence appeals to the young. As one historian wrote, admiringly, Zinn offered a “deflation” of “the myths of standard-issue history,” and “whispered that everything I had learned in school was a sugar-coated fairy tale, if not a deliberate lie.” Zinn was, as Sam Wineburg of Stanford nicely put it, an expression of “our inner Holden Caulfield,” a reference to the insufferable adolescent hero of Catcher in the Rye, who found all the putative heroes of American life to be “phoneys.”

Small wonder that so many teenagers have liked him. But that describes a weakness of Zinn’s book rather than a strength if mature historical insight is what one is looking for. Maturity and acne don’t generally mix.

There is too much in Grabar’s jam-packed book to summarize here, and the reading of the book is itself an absorbing, if at times disconcerting, journey through American history, rather like a journey across a fever chart of the worst historiographical errors and excesses of the past 40 or more years.

Through it all Grabar is unsparing in her treatment of Zinn’s historical distortions. From his unfair depiction of Columbus as a genocidal maniac, to his comic-book romanticizing of American Indians as residents of nonviolent hippie communes, to the depiction of the Founding as the creation of a preserve for wealthy white males, to his depiction of the “good war” of World War II as a war between morally equivalent sides, he had to play fast and loose with the facts to support his fantastical assertions—and Grabar calls him on every one of them. She is devastatingly effective.

Yet something else deserves to be said for this fine book. There is a noble spirit behind it. For all the critical tenor in Grabar’s book, beneath it all burns a fire of love for her subject: Love for the country Zinn and his epigones have so grievously maligned, and passion for the concept of history as a truthful account of the past, which Zinn airily rejected as a bourgeois myth.

Wilfred M. McClay is the G.T. and Libby Blankenship Chair in the History of Liberty at the University of Oklahoma and is currently the Ronald Reagan Professor of Public Policy at Pepperdine University’s School of Public Policy. His most recent book is Land of Hope: An Invitation to the Great American Story (Encounter, 2019).

A Radical Pseudo-historian Meets His Match